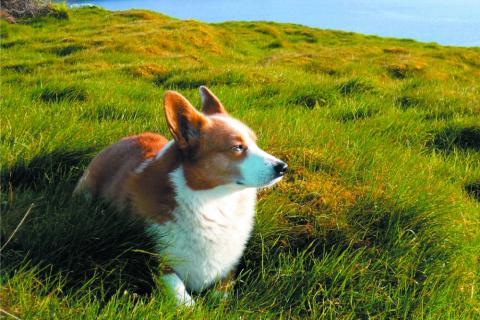 Clement, the dog/ Happy Sapiens at the Palais de Tokyo

The Palais de Tokyo is a must-visit for aficionados of contemporary art. The space, enlarged in 2012 from 8,000 m² to 22,000 m², has become one of the largest and most exciting venues dedicated to contemporary art in Europe. You’ll love or loathe the raw, edgy, industrial style décor; the two wings of the U-shaped Palais take in two museums which were inaugurated on May 24, 1937 as the Palais des Musées d’Art Moderne.

The terraced patios and fountains face the river Seine and slope towards Avenue de New-York– formerly Avenue de Tokyo from 1918 to 1945– and that’s how the building got its name! They also lead to Monsieur Bleu, a neo-brasserie dedicated to wine and gastronomy. But note that Palais de Tokyo has a boutique, brasserie and gourmet snack bar. 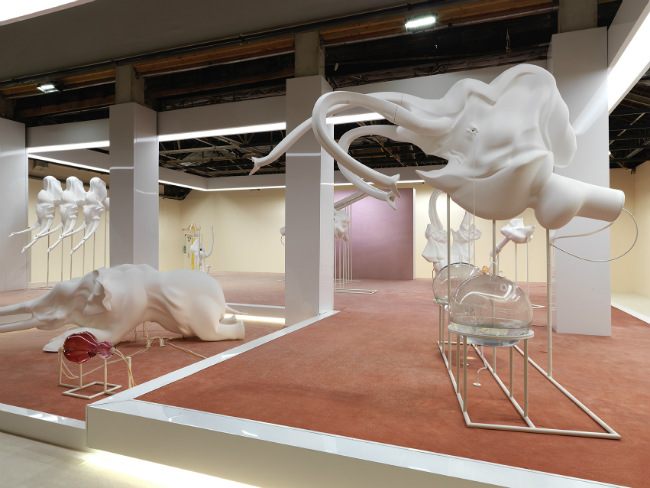 This summer’s exhibition “Happy Sapiens” – curated by Jean de Loisy, President of the Palais de Tokyo – runs alongside a quirky show created and mounted with his own hands by the poet, essayist, novelist and filmmaker Michel Houellebecq (pronounced “Welbeck”).

Houellebecq’s “Rester Vivant” (“Stay Alive”) is a strange, sprawling, multi-media maze of photographs, videos, and installations sited throughout 18 dark, winding galleries. The show takes its name from Houellebecq’s 1991 book, often described as a collection of poems, and it is organized into chapter-like themes. Houellebecq is not recognised as a fine artist (I think the French adore him but refuse to admit the enfant terrible’s genius), although he has occasionally participated in exhibitions including the 2007 Lyon Biennale, and in early June, Manifesta 11 in Zurich. But “art is a constant preoccupation throughout his novels that allows him to establish exactly his own aesthetics,” in the words of curator Jean de Loisy. 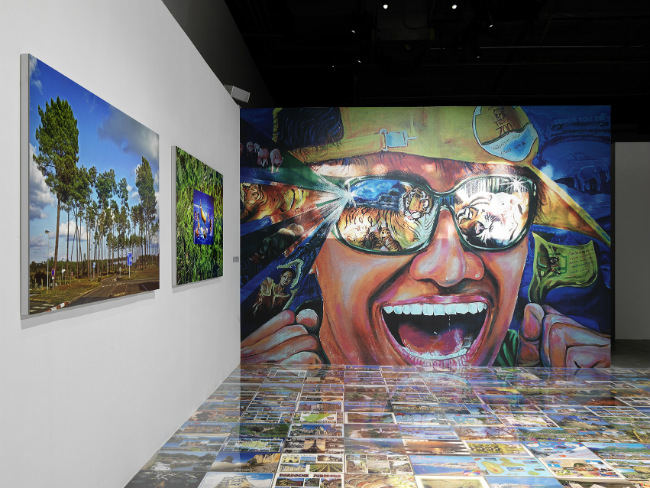 Houellebecq’s own works constitute the majority of the show. He has also invited a handful of other artists, including Raphaël Sohier, Renaud Marchand, and Maurice Renoma, to explore his obsessions: from tourism and eroticism to personal space and the creative process. Robert Combas has a fabulous series of paintings based on Houellebecq’s poems and a reproduction of the artist’s very private messy studio. The exhibition finishes with a touching video eulogy to Clément, his much missed dead dog – narrated by Iggy Popp – and Clément, the portly Welsh corgi, features on the exhibition poster and cover of Tokyo’s in house magazine “Palais” (15€), entirely dedicated to the exhibition.

“Happy Sapiens” (“Shiny Happy People”) showcases solo exhibitions of the works of known and unknown artists beginning with Bertrand Lavier’s pensive plaster “La Venus d’Amiens” exhibited for the first time. Take time to discover Mika Rottenberg, the New York-based artist who says: “I like to think about a body as a tool, a thing that is there to serve you and which sometimes misbehaves.” 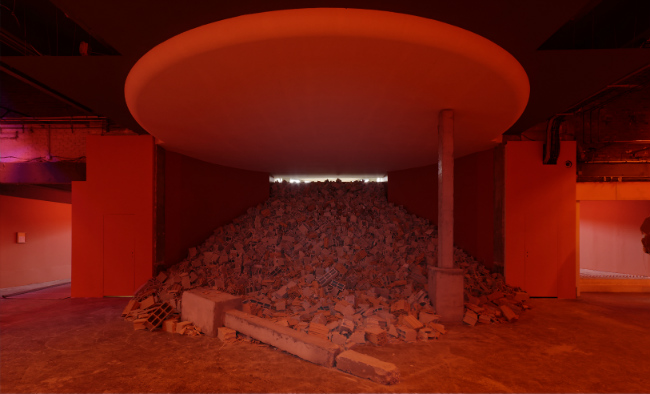 Myths, speculations and fantasies are at the heart of Marguerite Humeau’s work FOXP2 – her space conceived as a “biological showroom.” The floor, on which pose plexiglass elephants, is covered with a carpet dyed using poisonous pigments that reproduce the chemical components of the human being, and Datura, a plant associated with the original sin. “I like to think of myself as an Indiana Jones in Google times,” she says.

Further fantasies are created by Dineo Seshee Bopape, Ayoung Kim, as well a Patricia Perez Eustaquio and Charbel-Joseph H. Boutros with Marie-Agnes Gillot. Of the Clover Hunter – his working document – David Ryan says: “One day some hitchhikers asked me what I did in life. I said, “I pick four-leaf clovers.’ The hitchhikers said, “You must be very rich to waste your time like that?” I said, “No, on the contrary, I take my time, I am poor.” 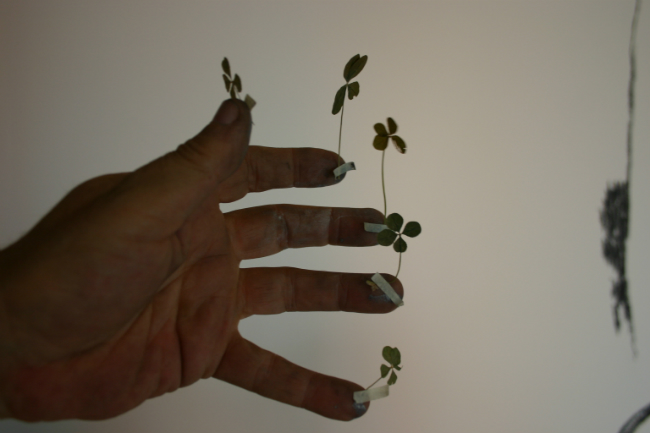 Don’t hesitate – to paraphrase David Ryan – you will be spiritually poorer if you don’t catch this fascinating, quirky, summer exhibition. 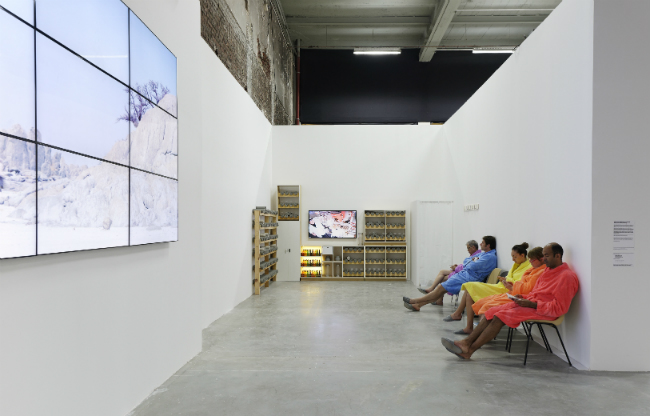