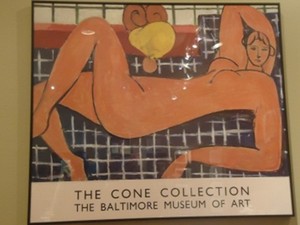 *There were two of them and they were both women and they *
*were sisters. They both went on living…*
*They were certainly very different, very different*

It’s one of those quirks of fate that two Jewish, maiden ladies from Baltimore via Jonesborough, Tennessee, should travel to France and begin collecting paintings by some of the most famous artists of their age, such as Cézanne, Picasso, Renoir, Delacroix, Gauguin, Courbet, Pissarro and Matisse. Dr. Claribel and her sister Etta came from a German family that changed their family name from Kahn.

These were little known artists at that time and between the Steins and the Cone sisters, great art found its way to America. Now, the Baltimore Museum has a unique display of greatness. It consists of Art, fabric, sculpture and woodcuts.

Matisse said “when I started to paint, I felt transported into a kind of paradise.” 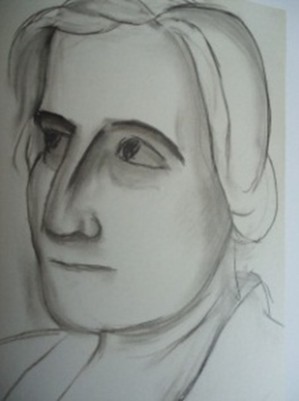 For Gertrude and Michael Stein this was what happened when they collected the great masters. Doctor Claribel and Etta Cone were no different. They would go to the Bateau Lavoire, where Picasso lived, and leave with arms filled with sketches. Through them, Matisse became famous in America.

But while the pictures were cheap, the figures add up. The question is; where did the money come from?

The sisters were supported by their father and brothers who were in the textile business.  Mostly, they supplied denim to Levi Strauss for his manufacture of the popular blue jeans. They lived well and spent most of their time collecting French Art (painting and sculpture) which was, as I said, given to the Baltimore Museum. That collection has gone on tour and is here in Vancouver for the summer.

There are many interesting facts about these unusual sisters. Claribel, who graduated first in her class, spent much of WW 1 and since she considered herself a ‘neutral’ in Munich Germany, she attended concerts, museums, auctions, and lectures. She was reunited with her sister after the war ended.

In the years up to 1929, she purchased a Cézanne painting of Mont Ste. Victoire, Van Gogh’s Pair of Boots in 1926 and countless other works of Art. But on that fateful day of September 20th in 1929, after buying Gustave Courbet’s, The Shaded Stream at Le Puits Noir, Dr. Claribel Cone died. She left everything to her sister.

Etta was now alone but she did have a big family which certainly helped. Since Gertrude had first introduced her to Matisse back in 1906 she was hooked, mainly after she saw Gertrude’s purchase of Matisse’s Woman with a Hat. She said she was taken with his special brush strokes.

She went on collecting until the end which came in 1949. She left everything to the Baltimore Museum which built the Cone Wing, funded by Etta’s $400,000 bequest.

Matisse kept a portrait of Etta in his apartment. His fame was established. He died in France in 1954, three years before the Baltimore Cone Wing was opened.

Their legacy lives on and the fact that the collection is on tour brings great art to the eyes and hearts of millions in Europe, Canada and America. 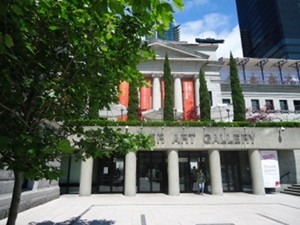 The exhibition in downtown Vancouver will continue through August.

Note: Some pictures from exposition Gertrude Stein, Marc Dachy 1997. Others are from Collecting Matisse and Modern
Masters by Karen Levitow (Yale University Press)