Dalida: A Wardrobe from the City to the Stage 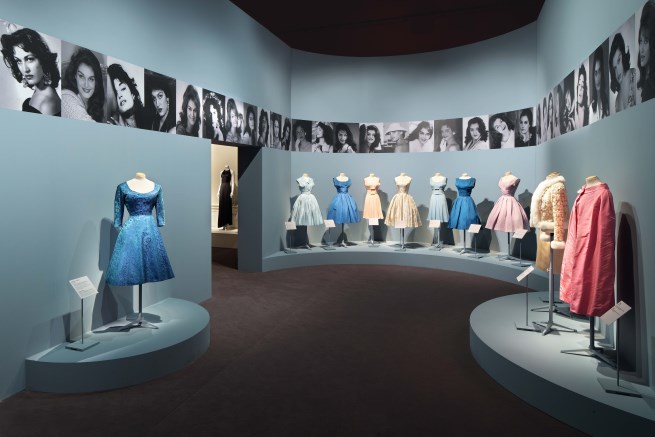 Revered for her voice and ability to enchant an audience, actress and singer Yolanda Gigliotti, better known as Dalida, possessed a unique star quality. In her mind, she was born to perform. After being crowned Miss Egypt at the age of 19, this Italian beauty made her way to Hollywood. Dalida’s path to fame was not without difficulties throughout both her personal and professional life.

It was Dalida’s voice that made her a star. In 1956 she performed as the opening act for Charles Aznavour at the famed Olympia in Paris. Her song “Bambino” became an instant hit and launched Dalida to stardom. Her image graced the cover of countless magazines while her voice filled the airwaves, rocketing to number one in the French charts. Dalida’s second hit “Gondolier” was released in 1957 and by 1959 she was glorified not only in France and Italy, but also throughout Europe. While living in Paris’s Montmartre, Dalida continued to release hit songs including the classic duet “Parole Parole” with Alain Delon. During her 30-year long career, Dalida became one of France’s most admired performers.

This year being the 30th anniversary of her death, the Palais Galliera has put together an exhibition of Dalida’s eclectic fashion throughout the years. Donated by her brother Orlando, the collection includes stunning dresses and evening gowns by Pierre Balmain, Loris Azzaro and Yves Saint Laurent, complemented by vintage accessories. Designers often saw her as their muse while shaping the star’s image, both in haute couture and ready-to-wear. As evidenced by her love of fashion, Dalida’s ensembles added to her dynamic onstage presence. Several of the pieces on display were worn during her film career. This glamorous tribute to a French icon ends August 13th.