Turning Seventy in Paris With – Hemingway and Other Ex-Pats 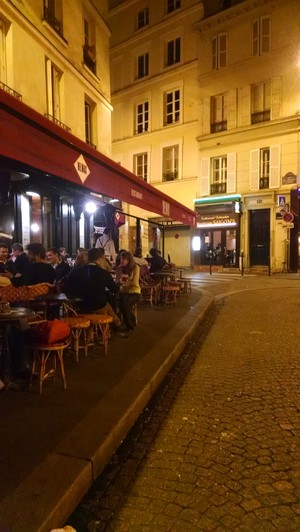 I am In Paris this entire month to recognize (note that I don’t say “celebrate”) that on the 20th of this month I will turn – aaaggghhhhh – the age of 70!

Une femme d’un certain age (as the French like to say).

I always spend “big” birthdays here.  [See the BP articles I wrote about turning 60 in Paris (featuring a Carrie Bradshaw-spotting walk since it was the year when Sex and the City ended), and five years ago when I spent part of my 65th in a stone cottage in the Aveyron.]

I am back now – for the first time ever to remain here for an entire month – to take a deep breath in a small apartment on rue Pot de Fer just off Mouffetard, and pretend that I am a writer living in Paris in the early part of the last century. 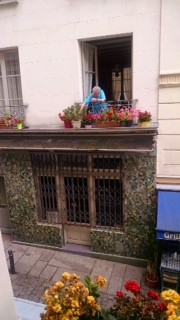 I throw open my windows in the morning to the sounds of people of the quartier clickety clacking across the cobblestones of this narrow street on their way to work or school and as I drink my coffee and look across my window flower pots here on the premiere etage, I can look across the rue to say bonjour to one of two ladies who live in the building at number 6 – once the hotel which George Orwell inhabited when he wrote Down and Out in Paris and London. They have lovely lace curtains, and take turns at their window to lean out across the iron balcony and smoke in the open air or pick at the bad leaves in their balcony flowerpots.  Yesterday, one of them changed from her usual housedress to a blouse and pearls – and I noticed a male head at their dining room table.  They, too are of un certain age – one much older than me, the other a bit younger.  To one living in a Chicago high rise it is strange and wonderful to have neighbors to greet in the morning. 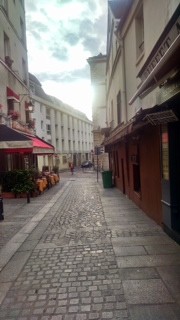 In the morning, the narrow cobblestoned street is not yet full of the restaurant chairs which, when inhabited, produce a cacophony of the sounds of eating and chatting and laughing and drinking  – but when I greet the street with morning coffee, the chairs are still piled within the restaurants and the street is empty, almost pristine and very quiet.

This is a very old part of town.  Rue Mouffetard was once a Roman road.  Just up the street is the planted Place surrounded by bars, known as the Contrescarpe –  written about by that most famous ex-pat  neighbor of this street, Ernest Hemingway not only in A Moveable Feast – his book of reminiscences of his early days in Paris – but also in his short stories.  The dying man in Snows of Kilomonjaro recalls the Contrescarpe vividly:

“where the flower sellers dyed their flowers in the street and the dye ran over the paving where the autobus started and the old men and the women, always drunk on wine and bad marc; and the …………….smell of dirty sweat and poverty and drunkenness at the Café des ‘amateurs and the whores at the Bal Musette they lived above.” 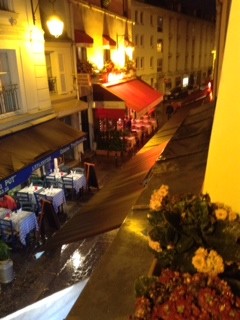 Hemingway called the Café des Amateurs the “cesspool of Paris.” It is no longer a cesspool, but a friendly place to eat and drink. Just up the street is, of course, at 74 rue Cardinal-Lemoine the apartment 22 year old Hemingway and his Hadley occupied- with the toilet in the hall – when he was a poor reporter and rented a writing room on the top floor of the hotel at 39 rue Descartes, also close by, heating himself by a wood fire as he wrote his earliest stories.

Yes, he and many others ran off to Paris during the last century to find themselves as writers and write and live more freely than they could back home – but so have many others since.

As I spend the month reading, writing, and walking the trottoirs much like the flaneur in that well known book, I will also enjoy my time maybe not with Hemingway (though I have hung out on the church steps across from the Bombardier pub just in case he might come by in a 1920s car at about midnight), but with my own ex-pat friends. Yes, Paris is still full of ex-pats here finding themselves.

Until about 20 years ago, I could visit Paris and each time improve my moderately ok French through continual practice since I insisted on only speaking French while here – an easy task since I travelled alone and I had no English speaking folks to hang around with.  I snobbishly chose not to befriend the average U.S. tourist, wandering with his or her nose in a guidebook, and looking for the Tour Eiffel or the Louvre as if that is all of Paris one needs to see before flying home.

But now I do find myself speaking some English here because I have become a peripheral member of the ex-pat community, and those who speak fluent French but to whom English is their native language often choose the comfort of their original tongue when together. 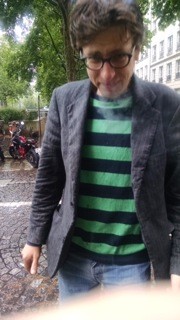 The trade-off is that I have developed relationships with members of what I believe is a richly diverse group of people – folks  who chose to visit Paris and remain, who are very different from each other, often with only France as their primary commonality – but this country and City are a Hell of a common denominator.

What they also have in common is an abiding love-hate relationship with Paris, a love relationship with the outlying areas of France, an endless curiosity, and a willingness to experience things, reach out to others, and welcome all. This is an attitude we could use more of in the States – an attitude that has been around in this town for a very long time.  Gertrude Stein, Pablo Picasso, James Baldwin, Josephine Baker, James Joyce, Sylvia Beach, George Whitman – folks from early in the last century to more recent times, from England, and the U.S. and Ireland, all lived here in an artistic and cultural atmosphere that is and was both diverse and welcoming. 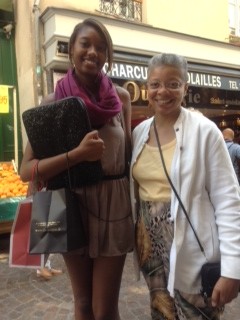 Some examples of my Paris friends: A frenetic child-woman from New York who translates three languages, does real estate and works from time to time with hotels, and alternatively mothers and looks for those to mother her; a west coast writer and teacher of literature and English, teaching for years exclusively via the internet from her tiny computer at one time from the same building where Gertrude and Alice lived, later from Ile St Louis, who writes crazily kooky and effective short stories and favors long multicolored skirts and large floppy hats; a very young Irishman with a very old soul who at one time was a  Shakespeare and Company tumbleweed, ran off to London to complete college, now sells rare books, and has gained a deep love and knowledge of food and wine from his restaurant side jobs; a married couple of artists from the U.S. west coast who maintain a sometime atelier, take folks on painting tours of Paris or Giverny, and in their work depict people and places around Paris, the banlieu, and the south of France in their very different styles (he – impressionistic; she- expressionistic); a woman who maintains a living by hosting weekly cultural happenings at various locations around Paris, complete with food and wine; a transplanted New Yorker who lives in the Marais with his partner (an accomplished videographer) and who gives personalized tours to small groups, writes a very successful blog featuring his wonderful photographs and insights into the people and happenings in Paris and links to cooking classes; and an African American woman who published a cookbook about down home southern cooking in both French and English (with the help of Alain DuCasse), has a background in veterinary pathology, publishes a blog and gives tours with her husband, (including one about black Paris), gives courses in time management and productivity and is constantly reinventing herself when the market demands – and these are but a few.

There is something about Paris that calls to these people and holds them here in much the way that it held Gertrude Stein and James Joyce and Samuel Becket, and while I am also in town, I plan on writing about as many of these interesting locals as I can (those who will permit it), and thereby explore what brings so many here who decide to never return home, and help others to understand the diversity of the Paris ex-pat community.

Previous Article The Hotel du Commerce – An Insider’s View of a Corsican in Gascony
Next Article An Interview with Ellen Hampton, Author of Playground for Misunderstanding