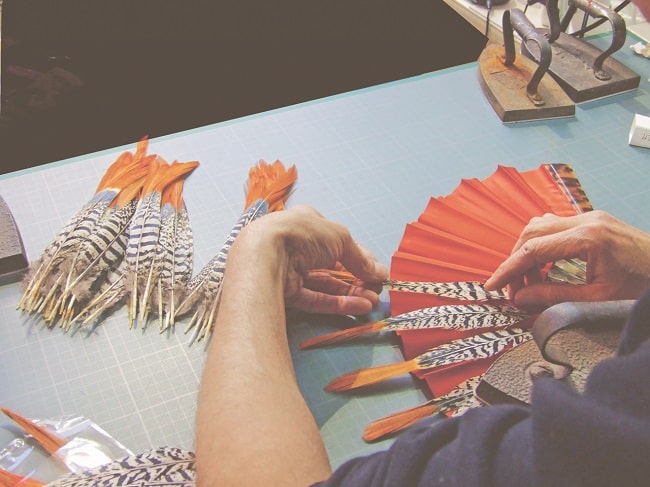 Tucked away in a narrow street in Paris’s sleepy 7th arrondissement, a bright yellow storefront announces a shop unlike any other I’ve seen: Duvelleroy. Feathers, sequins, ribbons of all colors and shapes adorn the shop windows, like exotic birds perched on trees. While they share one defining trait with birds, lightness, these objects are none other than handheld fans.

Indeed, the art of the fan is making a comeback, thanks to the passion of Eloïse Gilles and Raphaëlle Le Baud, a duo of dynamic French businesswomen who, in 2010, have revived the fortunes of Duvelleroy, master fan maker founded in 1827.

Jean-Pierre Duvelleroy, the founder of the original Maison, was a daring young entrepreneur too, when he decided to move to Paris from his native Cherbourg. His dream? To bring back in fashion an accessory that no one had used since the French Revolution. 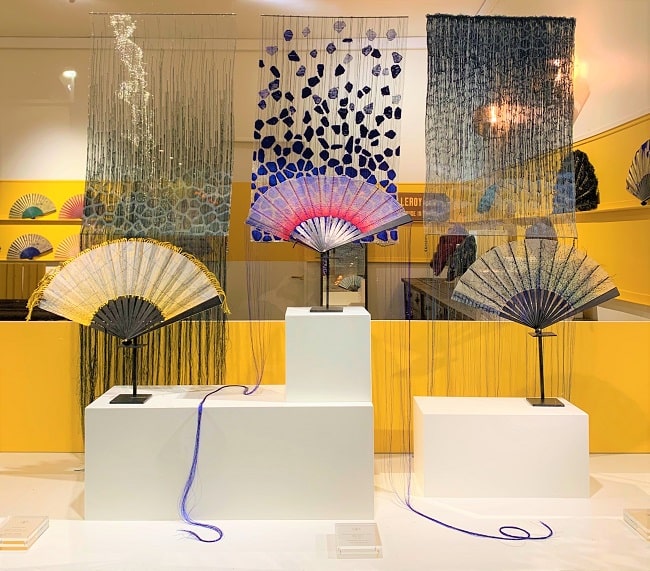 Fortune favors the brave and, in this case, the stroke of luck came from a grand costume ball thrown in 1829 by the Duchesse de Berry, King Charles X’s daughter-in-law. Dressed as Marie Antoinette, the Duchess needed a fan to dance a pre-revolutionary ball, the quadrille, and so did her guests. Talk about being in the right place at the right time!

As business took off, Jean-Pierre moved his shop to the Passage des Panoramas, at that time home to the best engraving workshops, suppliers of the embossed paper to be folded into pleated fans.

The businessman soon understood that to stand out from the competition, innovation was key. He improved the pleating mould, to be used as a cold press, in order to fold more delicate materials than paper.

Until then, the pleating had been done by hand, using a coin to mark each fold. Obviously, that required the use of a sturdy cloth, but the new technique opened the realm of possibilities: finer sheets of paper decorated by the best Art Nouveau illustrators, the most precious silk and even embroidered fabrics.

The leaves would be mounted on sticks cut out of the rarest materials as well, including ivory, mother of pearl and tortoise shell. Very much like today’s customization of luxury apparel, Duvelleroy could personalize each piece with initials and even a small crown, whose shape varied to reflect the owner’s title. 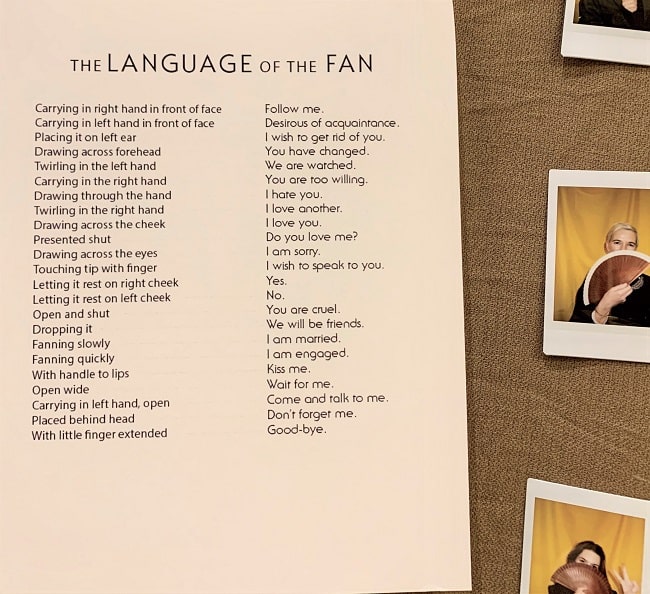 When Jean-Pierre’s son took the helm, he published a book on the secret language of fans. Apparently, many a dalliance in pre-revolutionary France had started thanks to the clever use of fans that, depending on how they were held or folded, conveyed secret love messages to a lady’s suitor. The Duvelleroy heir knew that the booklet, to be gifted to accompany each purchase, would be a valuable marketing tool.

The fame of the Maison soon extended beyond the French borders, and Duvelleroy started supplying most European courts, including Queen Victoria, and reached the apogee of its success in the Belle Epoque. 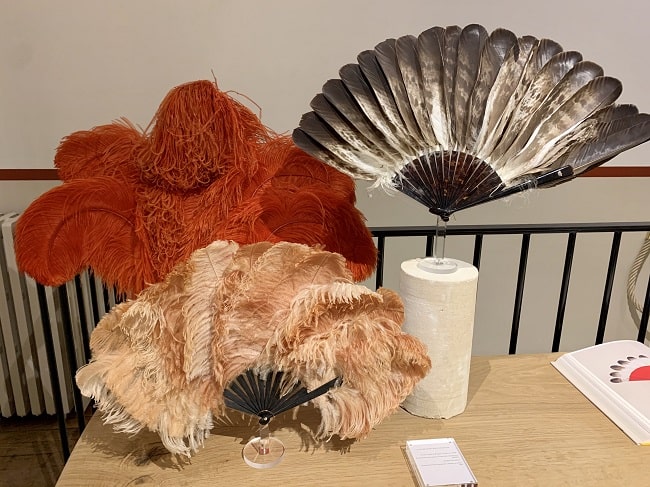 The aftermath of the Great War would sound the death knell for fans. Apart from a few flappers of the Roaring Twenties, who flocked to Duvelleroy to purchase ostrich feather fans, most other women stopped using fans altogether. The Maison survived thanks to its small leather goods production, which had accompanied its offer since the second half of the 19th century.

Once again, luck struck, with the fateful encounter of Eloïse and Raphaëlle with Michel Maignan, grandchild of Jean-Charles (who had acquired the Maison in 1940) and who had been the faithful custodian of the archives and collection pieces, some dating back to 1827. Their adventure, as well as the fascinating history of the Maison, is recounted in a book, to be published in April, written by Marie-Clémence Barbé-Conti and prefaced by the great couturier Christian Lacroix.

When I meet Eloïse, she is finalizing the book press launch. She strikes me as a real Parisienne, beautiful in an effortless way, one that does not seem to require a lot of time spent in front of a mirror. I have trouble reconciling this image with the one I associate with a fan-holding lady, and that makes me all the more curious as to why she and Raphaëlle, a longtime friend before becoming a business partner, would commit to bringing a sleeping beauty like Duvelleroy into the 21st century.

As we speak, I understand that what attracted the two creatives to this venerable Maison is their passion for craftsmanship. Each couture piece is painstakingly put together by a master fan craftsman, a process which needs infinite patience and impeccable technique. The result is a dream of feather marquetry or intricately embroidered fabric. The young entrepreneurs have collaborated with fashion designers (Dior, Castelbajac, Hermès) but also with master craftspersons in other fields, such as Solenne Jolivet, who uses art embroidery in a very pictorial way. 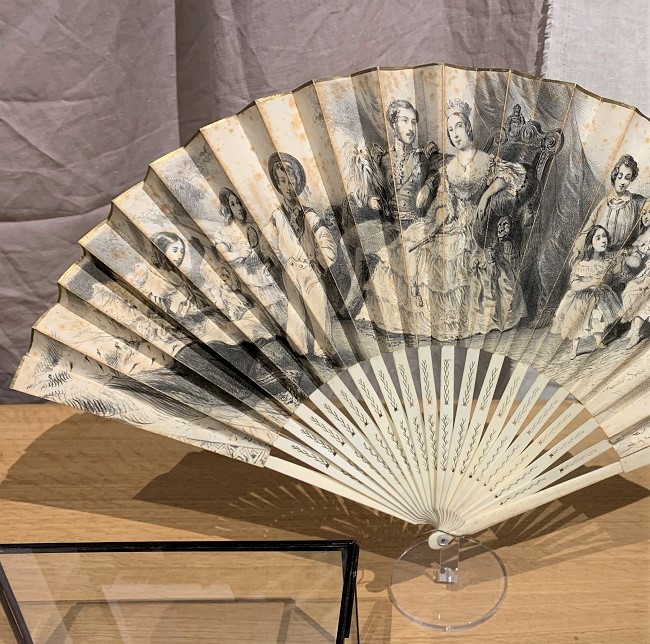 As the couture pieces bear a price tag that matches the craftsmanship necessary to produce them, Duvelleroy has launched a “ready-to-wear” version of the fans. Manufactured using traditional methods in Spain, the paper creations are pretty, whimsical and affordable. My favorite is a black and white version, created in collaboration with illustrator Iris de Moüy, with a girl peeking out in between stylized feathers.

From the point of view of business acumen, I find interesting the modern take to such niche business put forward by the two women, drawing inspiration from their previous jobs in the luxury sector. But, as I dig deeper, I realize that there is more at stake in their adventure: using a fan is a deeply personal act, one that requires being totally in the moment, and that is very precious today, when we are permanently distracted by our screens and the multiple stimuli they bring with them.

As I get home after the interview, I rummage at the bottom of a cupboard looking for my grandmother’s fan. It’s black and rather non-descript, and has seen much better days, its lace tearing in places. I think I will practice with it so that, when the warmer months come, I am fan-ready enough to show off my new Duvelleroy creation. 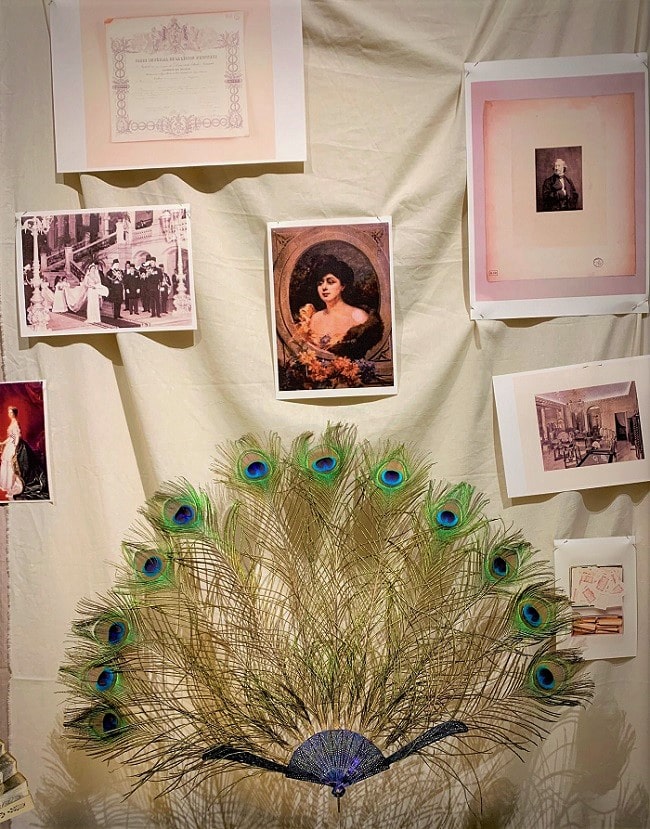 Previous Article AmericanConcierge.com’s List of Fun Things to Do in and around Paris
Next Article The César Awards 2020: Celebrating the Stars at Le Fouqeut’s