Home Lifestyle THATMuse Harry Potter: A Treasure Hunt on the Streets of Paris

Calling all Harry Potter fans. THATMuse— the company behind the popular treasure hunts at the Louvre and Orsay– is launching a new Harry Potter-themed hunt on the streets of Paris. Find out more from the Head of French Operations below.

When I was six years old, my mum took me on holiday to Mallorca. It was the year 2000, and this was a pretty big deal: it was the first time I’d been on an aeroplane, and only the second time I’d left the country. I remember two things from that holiday: getting sick after eating a slightly questionable tuna pizza, and reading Harry Potter and the Philosopher’s Stone for the first time.

Though this was about three quarters of my life ago, I remember the latter fairly vividly (the former not so much, thankfully). I didn’t understand all of it: for some reason, because Ron’s hair is described as “red”, I started off picturing him as a bit of a punk, with a spiky scarlet ‘do, and it wasn’t until the film was released a year and a half later that I realized J.K. Rowling had clearly meant “ginger”. Similarly, neither my mum nor I had heard the name Hermione before (unthinkable now, but not so unusual before Ms. Granger became a household name), so we spent that first year calling her Hermy-own.

These misinterpretations aside, that summer was the beginning of a lifelong obsession, and so it was with great joy that almost 20 years later, I began writing THATMuse Harry Potter, the latest treasure hunt from THATMuse (Treasure Hunt at the Museum). THATMuse Harry Potter is a treasure hunt in the streets of Paris, in the same vein as previous “THATRue” hunts, which already exist in the Marais and Latin Quarter – but with a key difference. It draws connections between the streets of Paris and the world of Harry Potter. 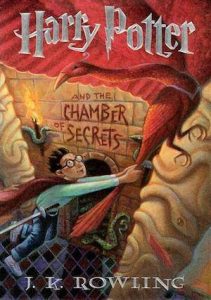 At first glance, there aren’t a great many links between Harry Potter and Paris… and it’s true that much of THATMuse Harry Potter is devoted to silliness, both in the questions (what spell could the French authorities have used to help with removing the “love locks” from the Pont des Arts?) and “THATMuse Points”, extras up for grabs for fun photo or video challenges (fancy acting like the Giant Squid emerging from the Seine, or playing Quidditch by the Palais de Justice?), but, with a little imagination, there are some more clear links to be found between the two worlds.

One example who may just feature in the hunt, is a fairly important guy to Paris, as he’s the Patron Saint of both the city and the whole of France: I’m talking, of course, about St Denis. Even if you’re not read up on your saints’ attributes, this guy is easy to spot as he’s always depicted with his unattached head held in his hands. The story of St Denis is a pretty cool one: after being martyred (by beheading, bien sûr) he stood up, brushed himself off, tucked his head under his arm and walked all the way to St Denis (6km from Montmartre), preaching a sermon on the way. So, what’s the Harry Potter link? Well, telling this story I can’t help but be reminded of Hogwarts’ favorite ghost: Nearly Headless Nick, or Nicholas de Mimsy-Porpington, to give him his full name. This guy (who’s the official ghost of Gryffindor house) wasn’t so lucky as our friend St Denis (or was luckier, depending how you see it) as his head-chopping was more successful. Successful, that is, in that he was killed, but less so in that his ghostly form was left with his head still hanging on by “half an inch of skin and sinew” – yuck! 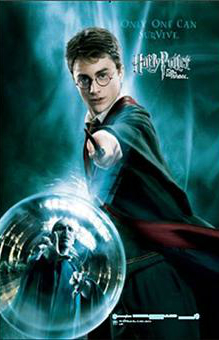 Ok, that connection is stretching it a bit, but supposing I told you that there’s a character in Harry Potter who was not only 100% real, but who actually lived in Paris in the 14th century?

Any Harry Potter fan will recognize the name Nicolas Flamel as a legendary alchemist, pal of our main man Dumbledore, and – most importantly – creator of the Philosopher’s Stone. In real life, he’s also most famous for being an alchemist, despite the fact that there’s almost no evidence or suggestion of this in his life (plenty of his contemporaries were charlatan fake alchemists, who claimed to have invented the Philosopher’s Stone, but Nick made no such claim). In fact, the rumors about this part of his life didn’t surface until about two hundred years after his death, when an alchemical book called Livre des figures hiéroglyphiques (English: Exposition of the Hieroglyphical Figures) was published and attributed to him, in which he claims to have successfully followed a recipe for the Philosopher’s Stone in an ancient book he had acquired. The general opinion is that it’s fairly unlikely that Flamel actually wrote this book (after all, why wait until 200 years after your “death” to reveal that – surprise! – you’re immortal and never died at all? Talk about a flair for the dramatic!), but that didn’t stop the legendary accounts of him which began popping up in fiction, or the supposed sightings of him throughout the 16th and 17th centuries.

In any case, Flamel lives on, both in Harry Potter and the Philosopher’s Stone, and of course, in THATMuse Harry Potter, which just had to feature such a famous Parisian wizard! You can find out more about Flamel – as well as other Harry Potter tidbits and teasers for the hunt in our blog, where we’ll be publish three celebratory Potter-themed posts in the run-up to the THATMuse Harry Potter Launch (you can read the first of these here).

If you’d like to book a THATMuse Harry Potter for an extra-special birthday party, hen-do or event, we await your owl (we take bookings by muggle mail too).

As for the THATMuse Harry Potter launch, it will be on Saturday 17th February at 2.30pm, and there’s still space to sign up. So, if you’re a fellow Potter-fan in Paris, send me a line, solemnly swear that you’re up to no good, and in the words of the greatest wizard in the world, “let us step out into the night and pursue that flighty temptress… adventure!” 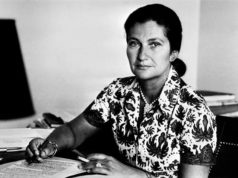