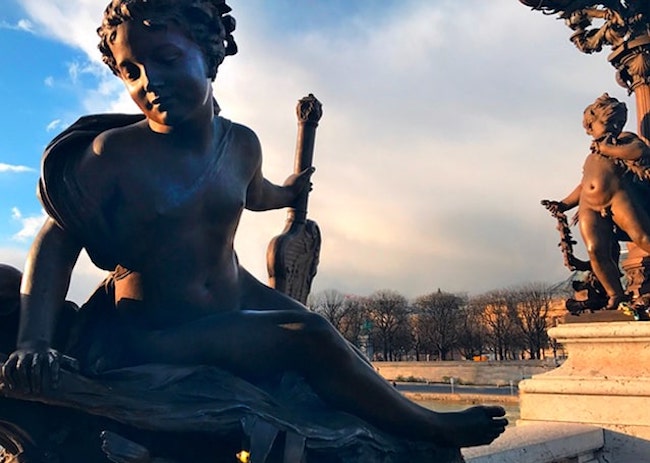 Feeling cooped-up? Let’s trip the light fantastic across the Pont Alexandre III. Designed by architects Joseph Cassien-Bernard and Gaston Cousin, this most-ornate-of-all-Paris-bridges was one of the showstoppers at the 1900 Exposition Universelle. Rain or shine, the arches of the bridge look every bit as radiant and pearly as the architects and the seventeen sculptors who adorned it surely intended.

Down through the years, this over-the-top arch deck marvel has played muse to photographers like Yvon, Brassaï, Willy Ronis, Richard Avedon, William Klein, Robert Doisneau, and Richard Avedon—just to name a few. A perfect photo-op still, Le Pont Alexandre III has also made numerous cameos in movies and music videos. 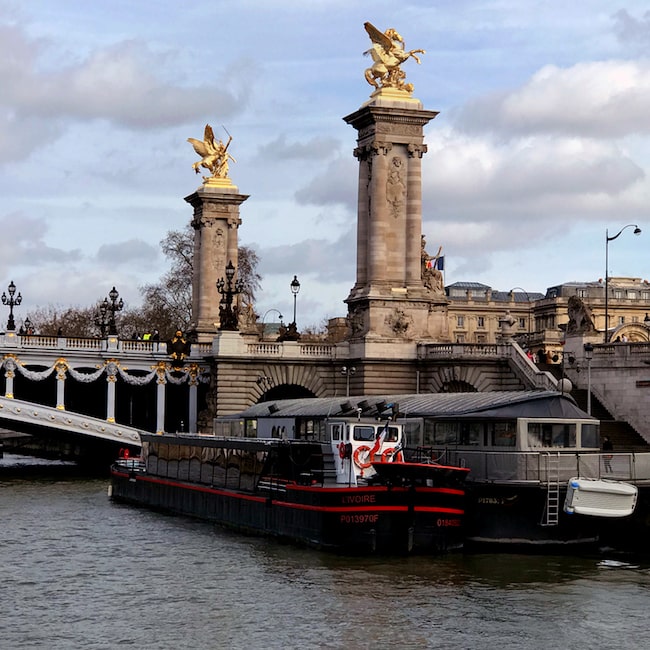 Ready for a close-up?

Then get thee over to your favorite streaming platform, and watch English singer-songwriter Adele’s 2011 epic weepie “Someone Like You” video. Shot in black and white by director Jake Nava in a Wim Wenders sort of way, you’ll not only see this glorious bridge but also a spinning Eiffel Tower, Grand Palais, Les Invalides, and the Place de la Concorde, along with the perfect post-break-up, tear-proof coat by Moschino.

For the deep love of red velvet pantsuits, Prince-worthy frilly wrist cuffs, and canted angle shots, the Moody Blues band’s classic “Nights in White Satin” was also filmed here. You’ll definitely feel a groovitational pull as you watch their 1967 video, featuring wild artsy shots of the Arc de Triomphe, the Luxor obelisk at Place de la Concorde, and the statues of Theseus and the Minotaur in the Jardin des Tuileries.

Warning: I haven’t been able to listen to either of those songs of unrequited love and not feel the urge to do all over again. #Repeat #JustwhatIneeded 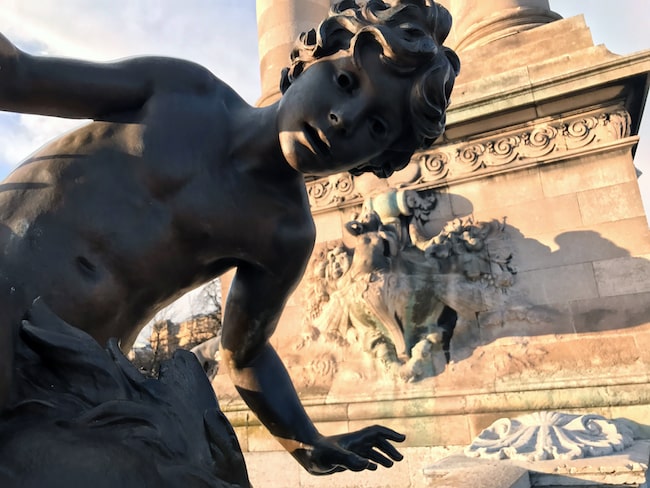 Here are a few more of my favorite music videos and clips featuring Paris down through the decades. Note, though: I’ve listed what I, myself, fancy. If I haven’t included your favorite song, do let me know and I’ll check it out. Now, let’s take a trip.

Try watching this 90-sec clip from Christian Stengel’s “Je Chante” movie without falling head-over-heels for the lively Trenet as he belts: “Chante avec tous les oiseaux de Paris!” Yes, we will sing again with all the birds of Paris in the parks and by the river. But hold that thought. For now, it’s better to stay home and stay safe.

As the unofficial, self-appointed fan club president, and proud owner of the “Charles Trenet: Les Chansons de Toute Une Vie” songbook, I felt it was my duty to share more of his gusto for life in motion, even during the Occupation. “C’est la romance de Paris, au coin des rues elle fleurit,” he sings in this clip from Jean Boyer’s “Romance de Paris” movie.

I agree. Romance continues to bloom in Paris. But let’s continue our journey. 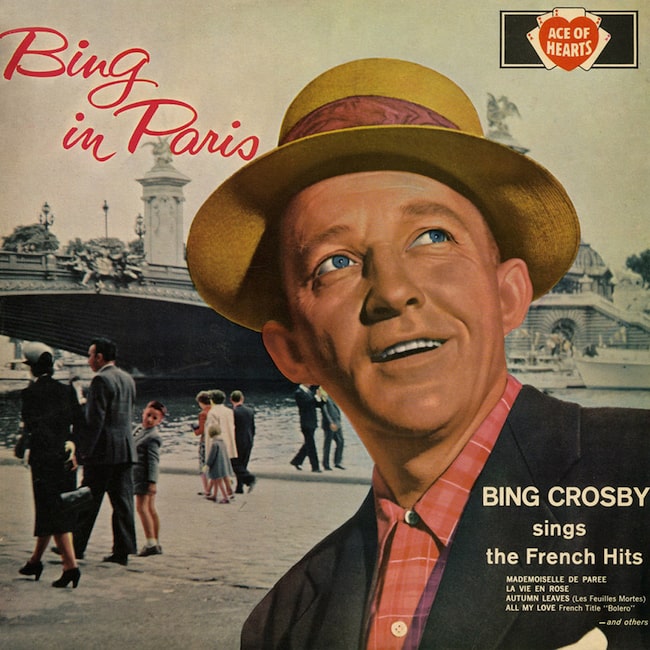 Like a box of fine wine, Bing Crosby’s smooth voice does something to me. Honestly, this swell rendition of Cole Porter’s song gets me all misty from start to finish. The faux Parisian rooftop set design also sizzles. It’s time to hit repeat and twirl around the flat. I’m now wondering if house slippers are available in black patent leather. 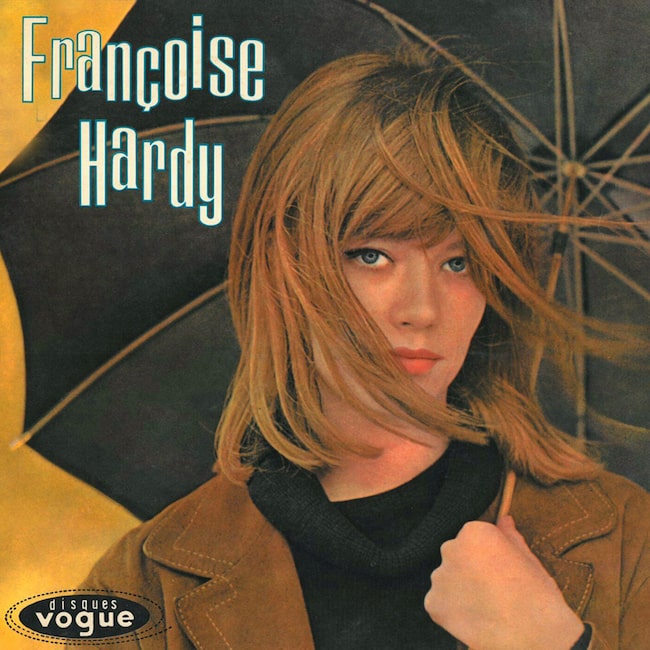 Exuding coolness to the core, here Françoise rocks her signature windswept look. As she sings about the bumpy road to love while deftly balancing on topsy-turvy amusement park rides—sometimes without hands—we’re able to feel the yearning and heartache, but also a little seasickness, too. Heads-up: The tune and urge to give yourself Yé-yé pop singer bangs will tempt you for days. 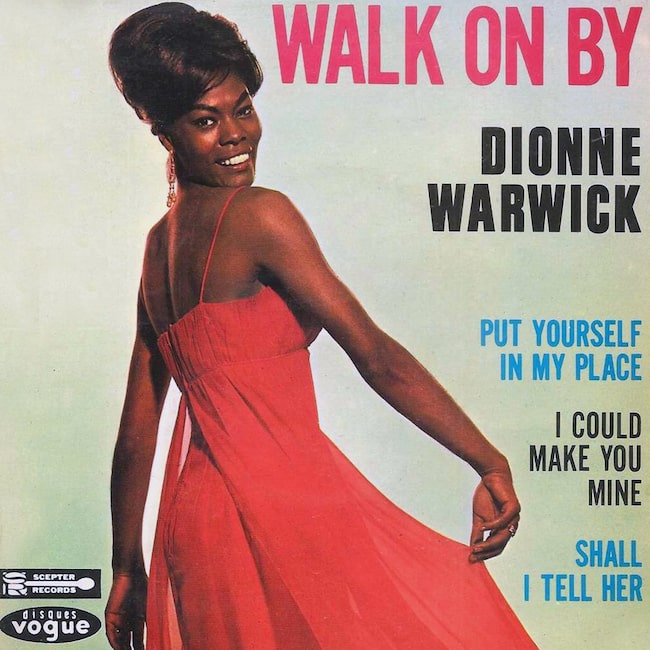 “Walk on by—don’t stop,” is what I now tell my fellow shoppers at the grocery store when they forget to social distance. Looking for a sleek but yet comfortable telecommute outfit? Check out Dionne’s turtleneck and skinny cigarette-trouser combo. Looking radiant and empowered with a tiny cat toy in hand, she absolutely slays the Burt Bacharach and Hal David anthem. For a bonus point: Name the building she sings atop in the video. 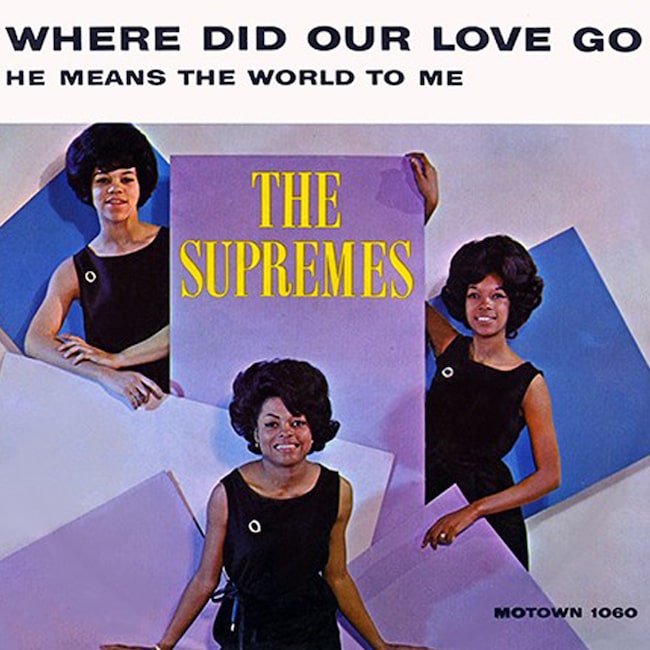 The Supremes: Where Did Our Love Go, Motown Records

If you’re in need of a Sixties cinema verité mood lift, watch this. Each frame is full of joy, humor, and fear, from start to fin. Cop an eyeful at the Supremes strutting their stuff through actual Paris traffic and defying both death and le flic on the bustling Champs-Élysées. Oh, they’re on the go-go all right, but with such style, never missing a beat. At the time, Florence, Mary, and Diana were in Paris for the Motortown Revue at Olympia Music Hall. Stevie Wonder, Smokey Robinson, and Martha and the Vandellas also performed in Berry Gordy’s international traveling show. 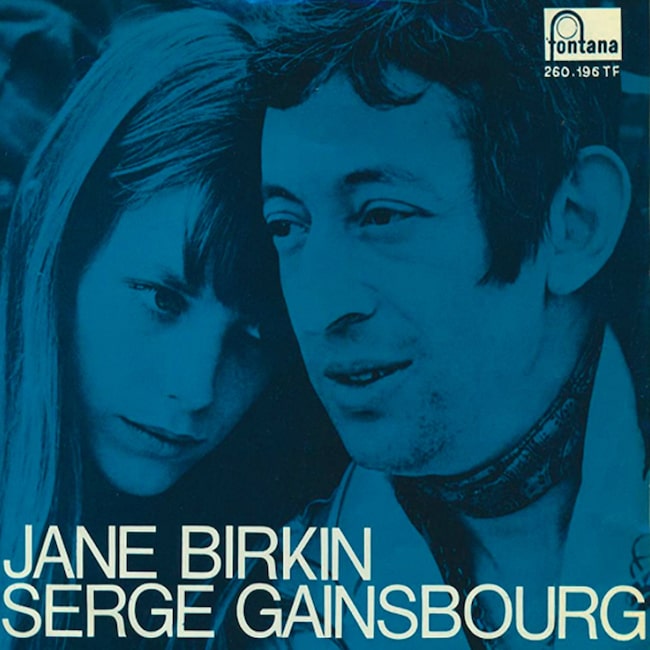 I’m not going to lie to you. After watching the Serge and Jane tête-à-tête under the Eiffel Tower, I got all DIY. Yes, I not only replaced the stodgy black buttons on my trench coat with over-sized shiny gold ones, but also threw it all to the wind—and finally gave myself the baby bangs of my dreams. Don’t tell Paul, my hair stylist. 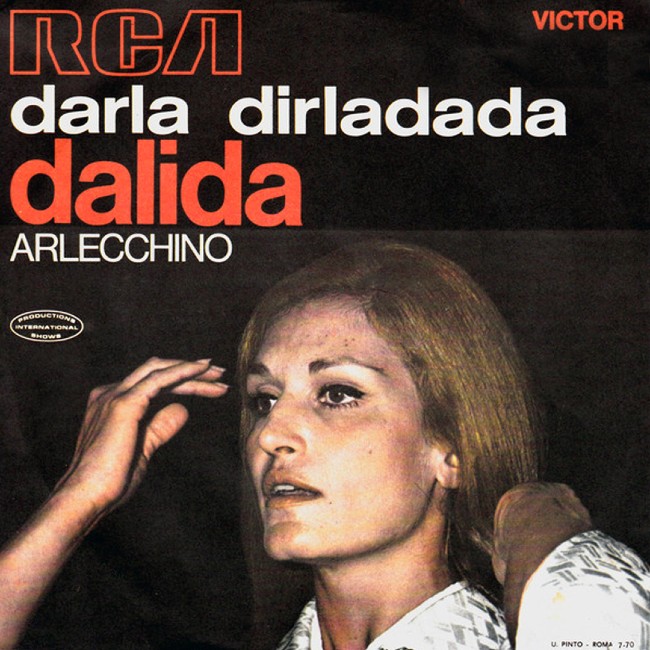 Here’s another soothing work-from-home wardrobe idea: The satin maxi dress. Filmed in Dalida’s backyard garden in Abbesses-Montmartre, the late, great diva demonstrates how to not only bid farewell to your cheating lover, but also how to coolly shake it off in the tall green grass Egyptian-style, without breaking a sweat like everyone in the ’hood is watching. “Bye-bye, sir,” Dalida sings, “I prefer the flowers in the field.” Shoes optional. 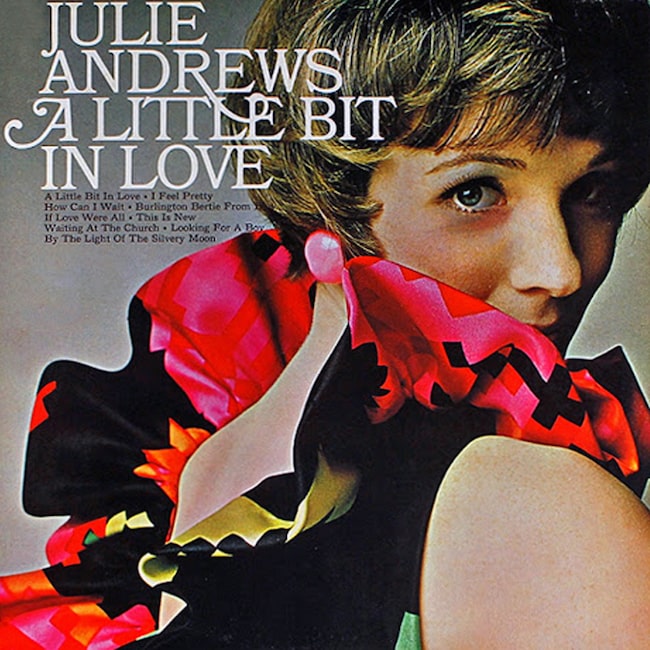 Missing Paris? I hear you. Working the television cameras and dramatic pauses like no other, Julie Andrews will not let you down with her tender, teary-eyed rendition of Jerome Kern and Oscar Hammerstein’s classic song. Another faux Parisian rooftop set is featured here, but that’s okay. Through your own tears as the orchestra swells, you’ll see what you want to see: A lively City of Light, still warm and gay. 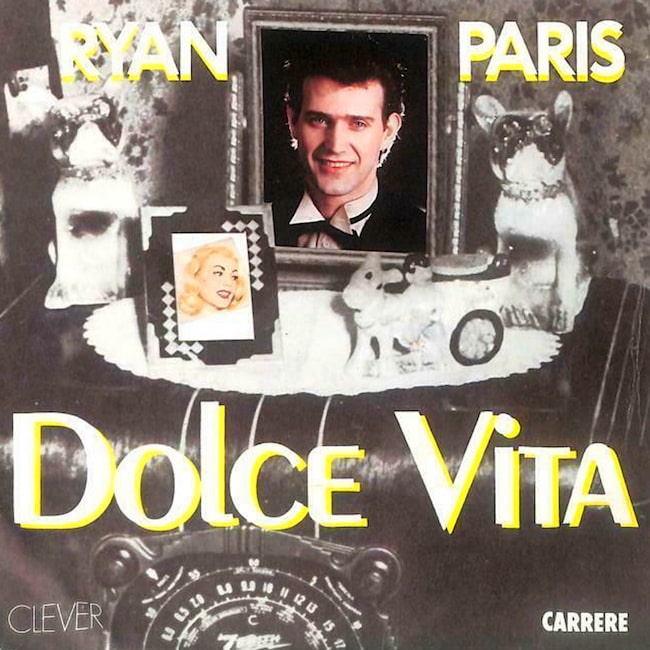 What is going on here? I’m not quite sure, but I’m digging Ryan’s vibe. In fact, whenever I experience writer’s block, I now breakout in an impromptu hustle session with Ryan Paris. Sorry, Post Malone. And that’s not all. After listening to this international hit again and again, I’ve been thinking about partaking in a little roller-skating one day in the future. After all, who doesn’t want to write and roll “like in Dolce Vita?” 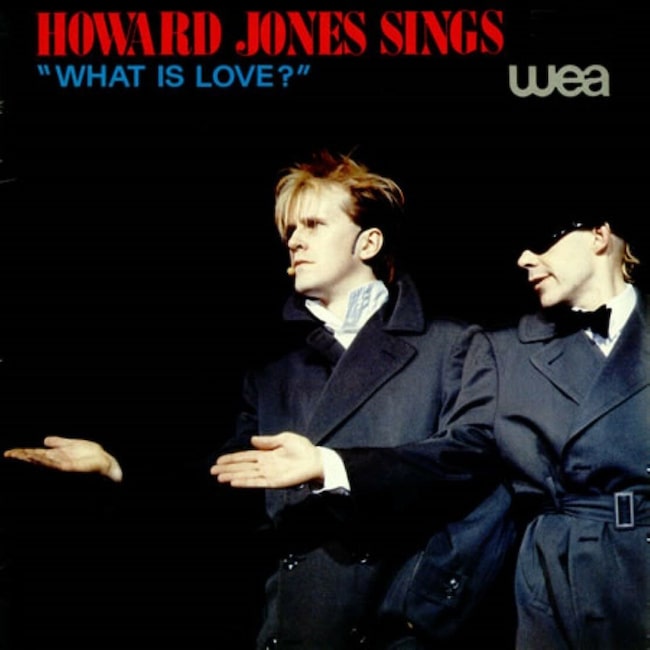 Watch Howard Jones manipulate the local peeps like puppets with mysterious hand gestures—while physical distancing like a pro. That is love, my friends. All kidding aside, Paris and an overcoat-clad “Ho-Jo” radiate as the autumn leaves of gold fall. Also, check out the perfectly fluffed hairdo. Perhaps this is another stay-at-home beauty hack? After all, as Howard schooled us in the song: “Love is letting people be just what they want to be.” #Truth #Youdoyou #Passthemousse 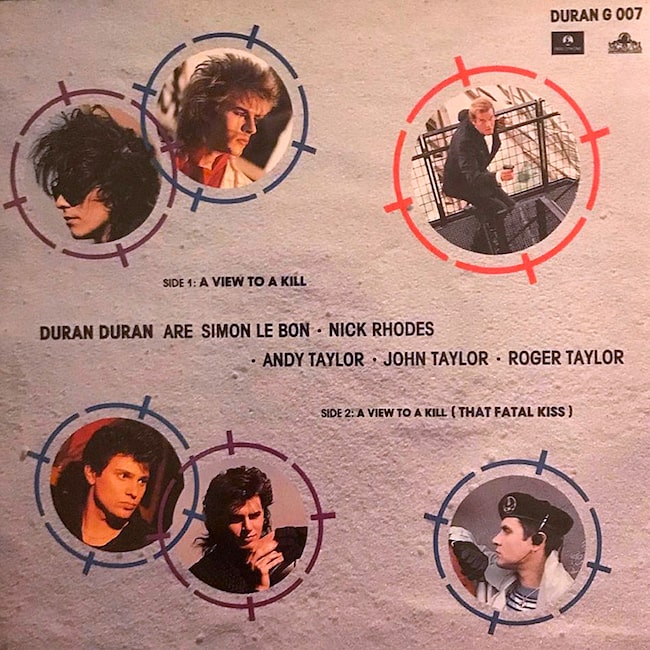 Created for the James Bond “A View to a Kill” movie, with Roger Moore and Grace Jones, the video meshes film clips with shots of Duran Duran working a not-so-secret operation on the tip top of the Eiffel Tower. Lost in admiration, I’m both shaken and stirred by the snazzy beret and upturned Burberry trench collar, worn by Simon, Simon Le Bon. If you don’t know by now: I’ve got a coat fetish. There, I’ve said it. 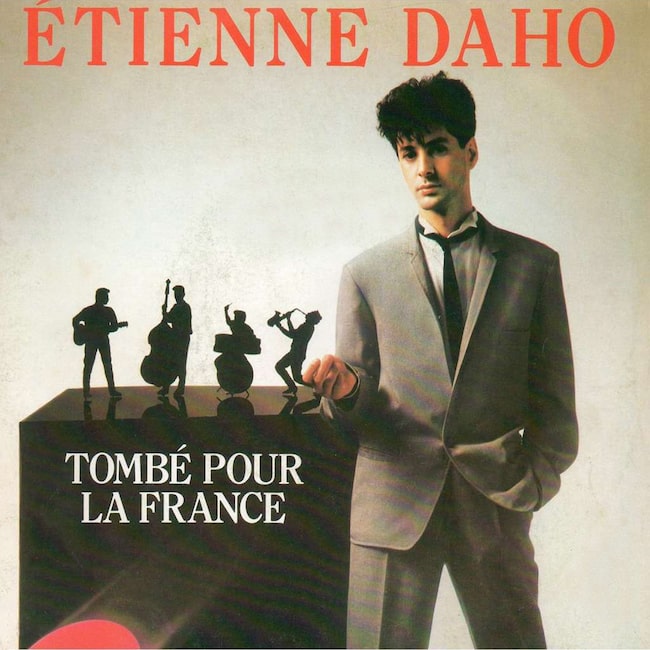 I have my friend and music guru Eric to thank for introducing me to Étienne Daho’s synthesizer-driven gem, directed by Jean-Pierre Jeunet. It reminds me of the Cubist scenes that Picasso created for Sergei Diaghilev’s Ballets Russes. If you’re a fan of Jeunet’s 2001 movie, “Le Fabuleux Destin d’Amélie Poulain,” you’ll spot familiar props like fetching headscarves and animated photo booth portraits.

“To make me forget that you are no longer here, I kept this photo on me, this photo booth photo that you didn’t like,” Daho sings to his former lover’s pic, while stuck on a marooned ship in a tiny Paris souvenir snow globe, day after day . . . 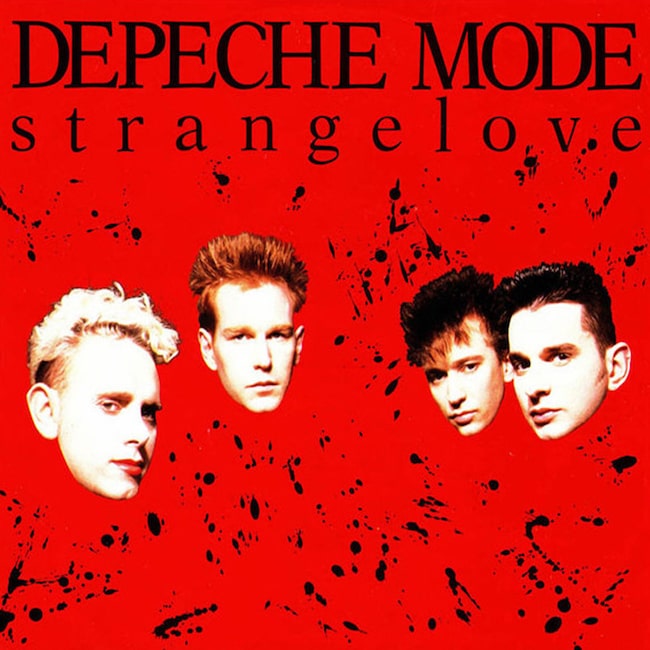 As one YouTube reviewer recently wrote: “This song has only a problem, it finishes!” I completely concur. Shot in black and white by Anton Corbijn, here textures clash and 1980s New Wave looks seduce. Perhaps it’s time to spark a little joy with some e-shopping for turbans, tights, and matte red lipstick—and then go walk the cat. After all, you’ve got to practice what you preach. That’s how my love goes. 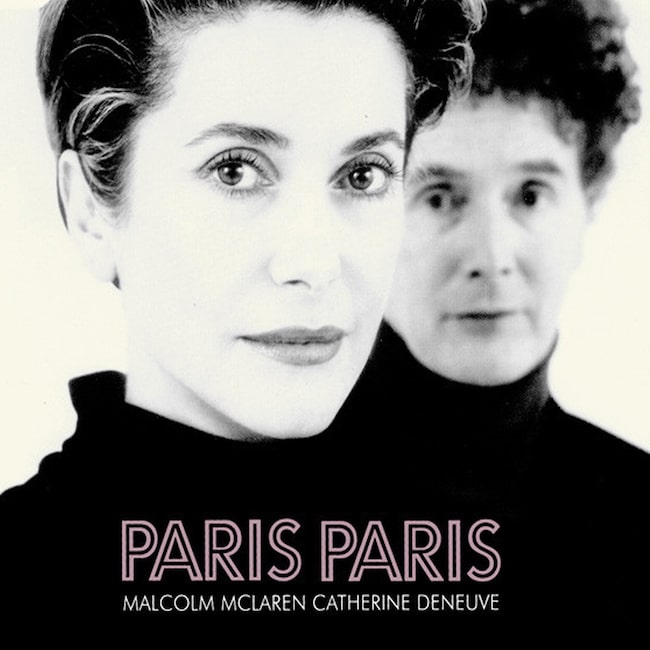 This video is not entirely office-friendly, but that said, it’s worth a few views. Watch experimental artist Malcolm McLaren and actor Catherine Deneuve count the many ways they love Paris. Even D. Porthault bed-sheets get a visual shout-out. All you “Les Parapluies de Cherbourg” fans will spot a few references to that movie. Just wait for it. After viewing the collage-like masterpiece, the urge to read out loud in your best Catherine Deneuve voice will be much too hard to resist. Not that I tried . . . to resist. 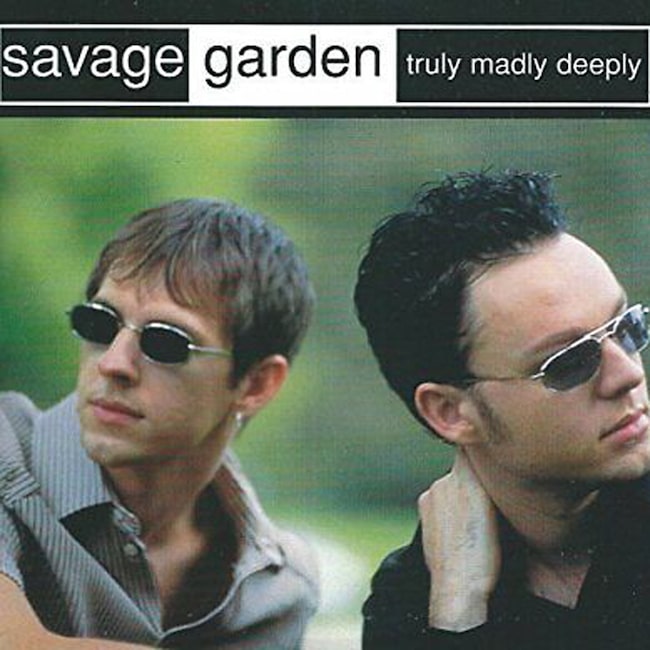 There’s so much to love about this video. Featuring the dashing duo, Darren Hayes and Daniel Jones. Honestly, it checks all boxes for me: Faux leather coats, swirling autumn leaves, tearful misconnections, and monumental heated rendezvouses. For more bonus points: Name the café featured at the launch of video, along with the tower showcased in the finale. I’m counting on you for a new beginning, a reason for living, a deeper meaning . . . Need a warm peppy earworm in your life? This is it. 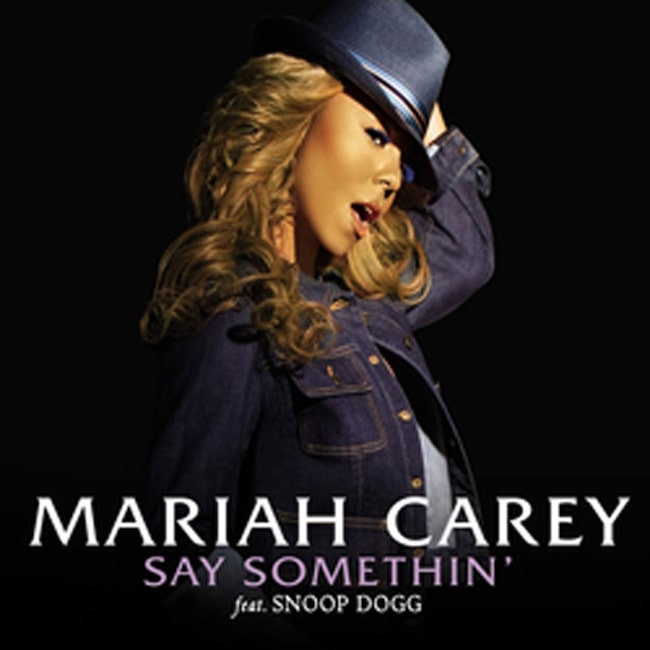 Filmed by Paul Hunter, the trio has never looked more glorious. Day and night, they shined. Vogue editor André Leon Talley and the Louis Vuitton flagship on the Champs-Elysées also make cameos. Watch the sparks, handbags, and Mariah’s tresses fly—thanks to a big industrial fan. A potential Zoom meeting look? I think so. 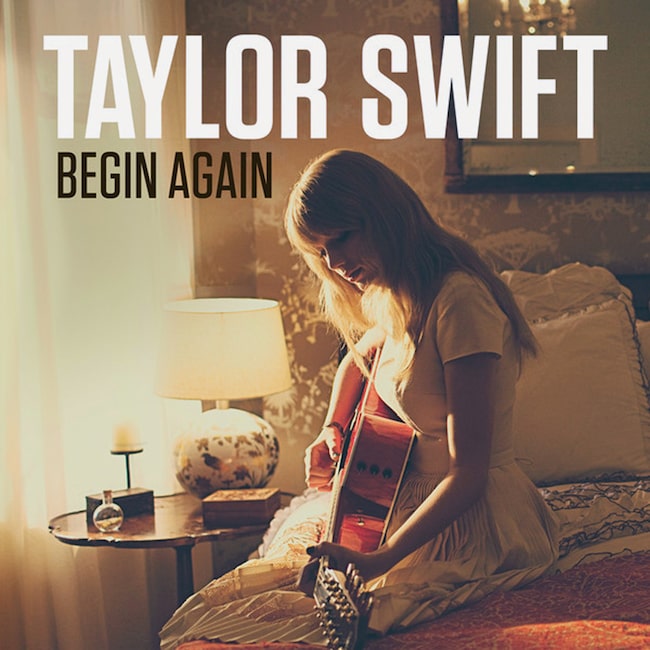 Taylor Swift not only begins again with a new beau in a café on a Wednesday, but also pays homage to the Carrie Bradshaw character in “Sex and the City.” Directed by Philip Andelman, the candy-colored video serves up views of Paris, along with a trunk of vintage-inspired summertime confections. Sea green is not even my color, yet I can’t stop thinking that it’d suit me one fine day when I begin again, outside. 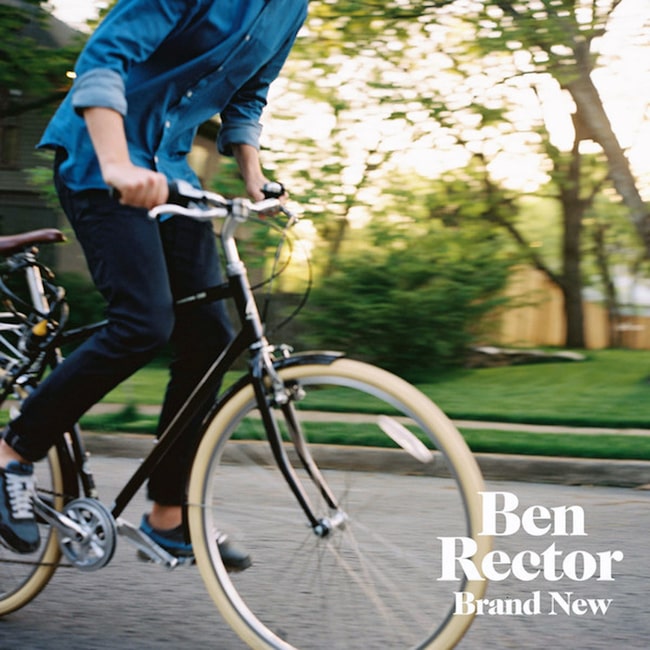 I’m now hooked by Ben Rector’s giddy hook. Sounding a bit like a happy-go-lucky Simon Garfunkel, I smile each time I listen to the tune. Filmed by Clark Brewer, the retro-rocking video has a scratchy, saturated 1970s home movie vibe about it, with every shot Instagram-worthy. So if you’re dreaming about a future trip to Paris, I recommend grabbing your notebook and making a list of the clever photo-ops. 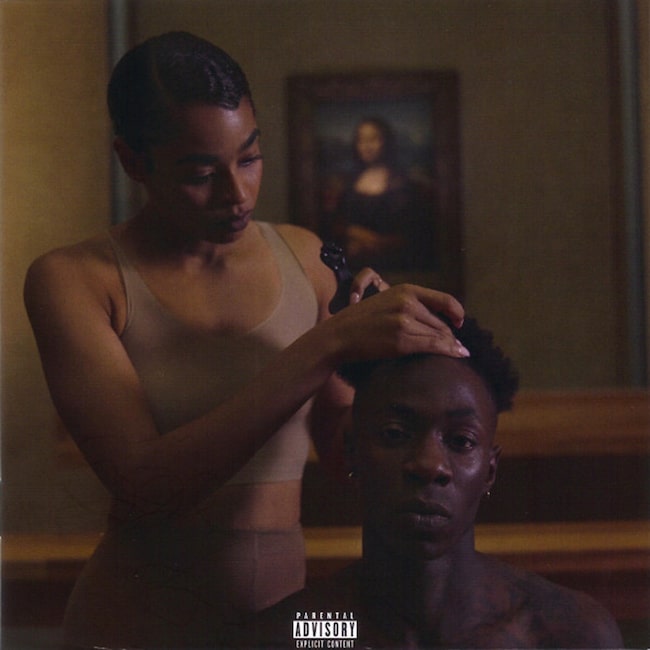 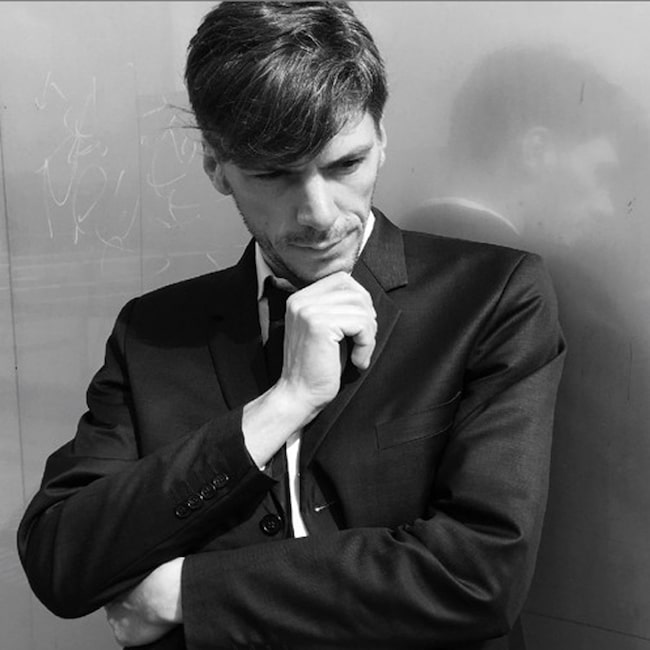 One late night at Edith’s flat in Abbesses, my friend Catherine showed up with her friend Sebastien, who brought the gathering to tears with his own rendition of “Chanson pour Teddy” by Pierre Barouh. I’m returning the favor by including his video, “Je Danse,” produced under his stage name, Sebka, with Cat’s help on the film crew. I am so looking forward to when we can gather safely like that again. 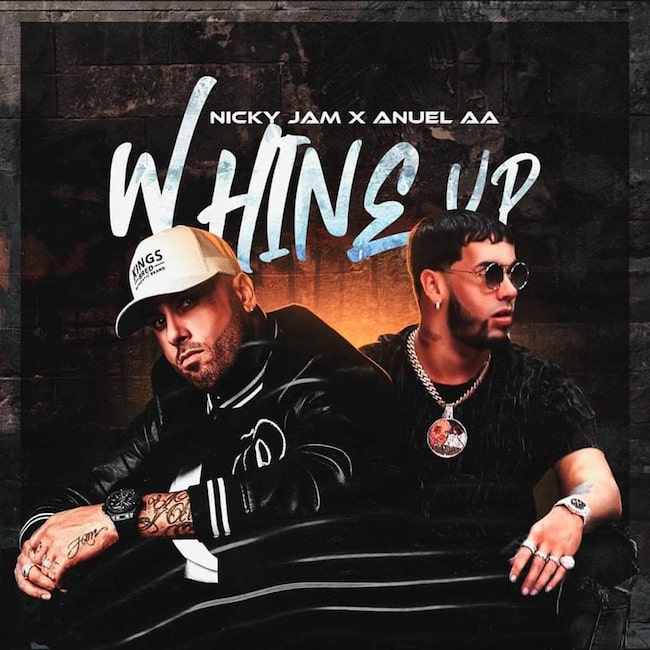 Ending on a joyful note, I’m winding up with Whine up by Nicky Jam and Anuel AA. Each morning, this is the song I play before writing. This mood booster of a tune never fails to spur my buoyancy on to almighty dizzying heights. So hit play and pump up the volume—and Whine up, Whine up, Whine up. Don’t fight the feeling.

Be safe. Be strong. And keep dancing. As Charles Trenet used to sing, “Partout y a d’la joie!” Yes, there is joy everywhere, still.

Lead photo credit : Basking in the light at the Pont Alexandre III, our friend here has a cameo in The Moody Blues band’s Nights in White Satin video at the four-minute mark (Photo by Theadora Brack)

Previous Article Creativity Born out of the Coronavirus in Paris
Next Article 50 Things I Miss About Paris: Part VI