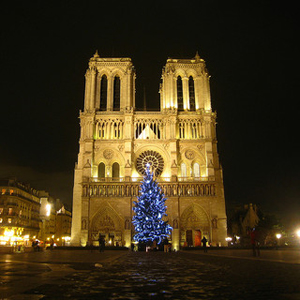 My very first trip to Paris, I happened to arrive on Christmas eve.

I had spent the previous few weeks in London, taking in the chilly weather and warm sights. Taking the Eurostar into Paris, travelling in first class, I was treated to some holiday-themed cuisine, which was surprisingly delicious (after all, my expectations were consistent with my experience on airplanes). The meal ended on a sweet note, with a yule log dessert.

So there I was, in Paris. Quickly, I checked into my hotel and decided to head over to Notre Dame and witness my first (and only) mass. I’m not catholic, but as I stood witness in the shadows, there was a lot of beauty to be found within the enormity of the ceremony. And the cathedral was stunning, of course.

The next day, however, I awoke to disappointment. Gingerly, I dashed to the hotel lobby, ready to explore Paris. It was then that the hotel’s concierge informed me (with a cruel smirk) that everything in Paris was closed today. I was devastated.

Defying him, however, I ventured out. My first destination, right across the street: The Eiffel Tower. Open.

It is there that I ended up meeting fellow travellers and together we’ve found that all is not as it seems. Certainly, Paris on Christmas day is quiet, with many small shops and museums closed…but there’s still plenty of adventure to be found.

So if you find yourself in Paris on this fateful day, fret not. Here’s a handy list of some options of things to do in Paris on Christmas day: 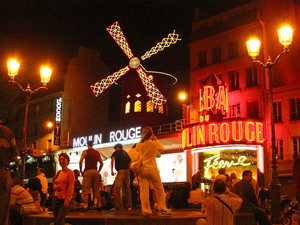 Surprisingly, there are many more things to do on Christmas day than mentioned here, and certainly more than can be done in just a day.

But you know what my favorite thing to do is? Just walking the cobbled streets of Paris, drinking in its festive beauty. Sometimes, just that alone, is enough.

A Quiet Night in Paris: Spend the Night in a Convent...