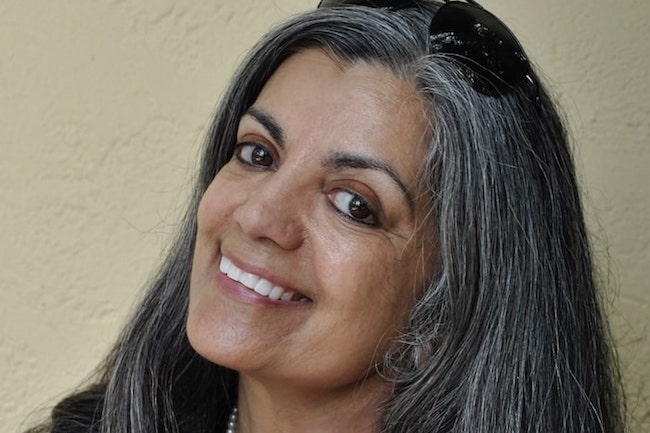 Mamta Chaudhry was born and raised in Calcutta. After getting her B.A. from Loreto College, she went to the U.S. for graduate studies in journalism at the University of Florida. She was an announcer and programmer of classical music at stations in Dallas and Miami for much of her professional career. She now lives with her husband in Coral Gables, Florida, and spends part of each year in India and France. She has studied with Marilynne Robinson, and taught literature and creative writing at the University of Miami, where she earned a doctorate in English. Her short stories, poetry, and feature articles have been published in a variety of publications in the U.S. and in India. Her first novel, Haunting Paris, was published in 2019 to widespread praise, including in Bonjour Paris. The paperback edition of the book has just been released (May 19). She recently took the time to answer Janet Hulstrand’s questions, in this interview for Bonjour Paris. 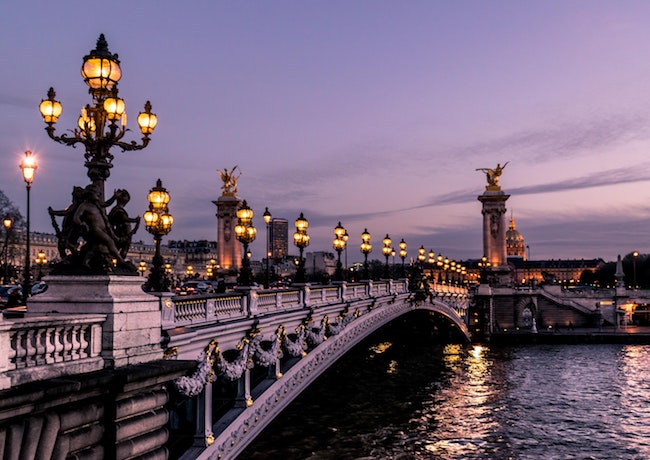 Janet Hulstrand: When was your first trip to Paris, and what do you remember about it? How much time have you been able to spend here since that first time?

Mamta Chaudhry: My first trip to Paris was exactly thirty years ago, in the summer of 1990. Since then I have returned almost every year, sometimes twice a year. In the decades that I have been coming back, the city has changed a lot, and so have I. Now I am, as the French so discreetly put it, a woman of un certain age, while Paris, of course, remains ageless.

The first time I saw Paris I felt instantly at home. It’s hardly surprising that a city that had loomed so large in my imagination should seem instantly familiar; unsurprising, but at the same time, somewhat uncanny. It is the particular quality of light in the city called La Ville Lumière that captured my imagination, and my favorite time of day is the blue hour, l’heure bleue, when it’s easy to imagine that ghosts throng the city, attracted by lighted windows beckoning them back to the world of the living.

So it seems natural in retrospect that my novel set in Paris is filtered through that crepuscular light and narrated by a ghost. It’s ironic that in English, the title means both a haunted city and a haunting one, but the double sense is untranslatable in French. 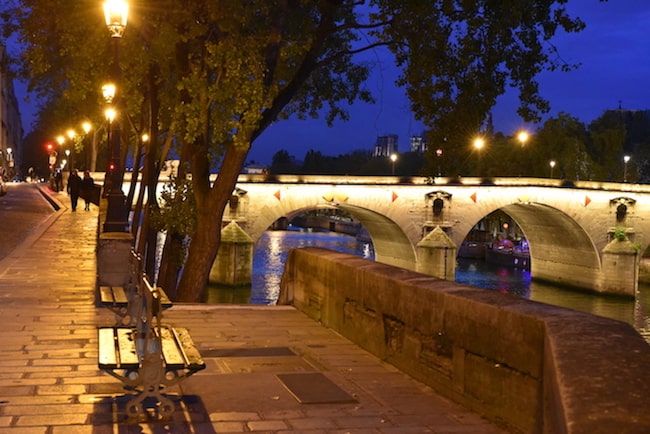 JH: What do you love most about Paris, and what is your favorite thing to do when you are there?

MC: I’m an obsessive maker of lists, and when I travel to different cities and countries, I have a long list of where to go, what to see, how to really get to know the place. Paris is the only place in the world where I can throw away the lists (to my husband’s relief) and just enjoy our serendipitous discoveries. I suppose it helps that we have been there so often that we have “done” the big sights; and it’s the small, surprising, delightful moments that we remember most after all, which make our visits so personal to us.

Paris is a city made for flânerie and my favorite thing to do when I’m there is to wander wherever my feet and fancy take me. Loitering without intent, what a wonderful thing!

Of all the memorable walks in each of the quartiers, what I still love most is strolling by the banks of the Seine. And of all the riverside walks, the ones I never tire of are on the quays of Île Saint-Louis, an island in the Seine which is a world apart, so close to everything and so far from it all. 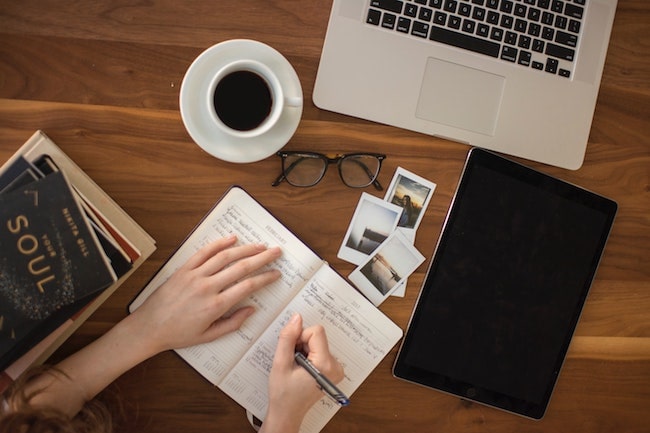 JH: When did you know you wanted to be a writer?

MC: When I was a child. I grew up in Calcutta, a city filled with bookshops and libraries; even out on the pavements, there were makeshift bookstalls. I was a bookworm and if I wasn’t reading stories, I was writing them. Every time my family and friends saw me heading purposefully towards them with notebook in hand to do a “reading” of my work, they fled from the room. “Just you wait,” I thought; I was stubborn even at seven!

Well, it was a very, very long wait and it involved a lot of stubbornness (though nowadays I call it perseverance) and a great many detours. But nothing is wasted. From my years of journalism, I learned to delve for the story behind the story; from my time in academia, to do the painstaking research; and from my years as an announcer and program director at classical music radio stations, a love of music which permeates this novel. 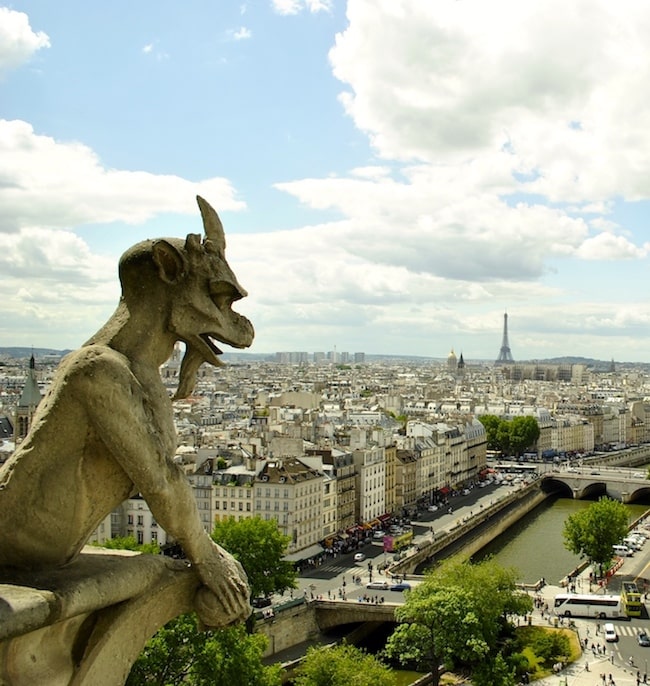 JH: What inspired you to write the story you tell in Haunting Paris?

The story is, above all, a love letter to Paris. Not a funny valentine, like Woody Allen’s Midnight in Paris, but complicated and heartbreaking in the way love can often be. Much of the story takes place in and around Notre Dame, but behind the soaring towers that reach for the sky is a memorial that sinks into the earth. When I visited the Mémorial des Martyrs de la Déportation, I became aware of the dark shadows that underpin the City of Light.

The story is set in 1989, when all Paris is preparing to celebrate the bicentennial of the French Revolution. But up in her apartment on Île Saint-Louis, Sylvie discovers a letter that leads her back to the dark days of Nazi occupation. It’s this juxtaposition of past and present that drew me into the book, the way you encounter history not only through official markers on streets and buildings, but in the personal stories people have to tell. 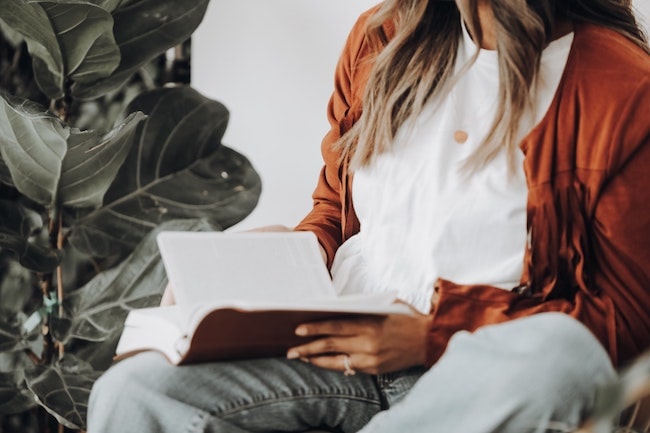 JH: What do you, as a writer, hope readers will get from your stories?

MC: My ideal readers are those who enter and fully inhabit the world of the book; whether they have been to Paris or not, they should close the book feeling, as I did on my first visit, I know this place. They are also the kind of readers who turn the pages not only for what the story is, but also linger to appreciate the language and how the story is told. And finally, I hope that this story of love and loss and forgiveness continues to echo in their minds; though the events in the book are particular to Paris, the emotions they evoke are universal. 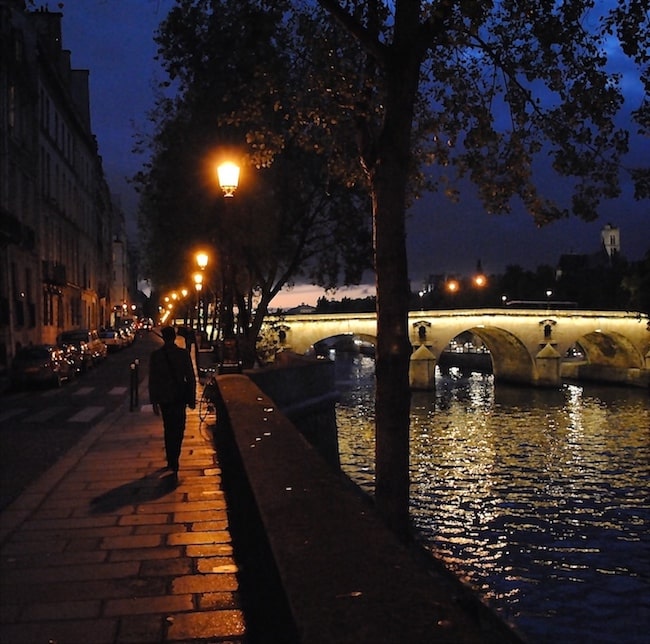 JH: What do you think is one of the most common misconceptions about “the writing life”? And what is the hardest part of being a writer?

MC: The most common misperception is that it’s easy. So many people say, “Oh I’ve got a great idea for a novel, I have some time off from work this summer, I’ll sit down and write a book.”  Can you imagine anyone saying, “Oh, I have some time off this summer, I think I’ll do some robotic surgery”? As with any métier, you have to put in the time and effort to master the tools of your trade—voice, structure, setting—before you can tell the story, and even when you’re a published writer, you always continue to hone your craft.

The hardest part of being a writer? Actually sitting down to write. 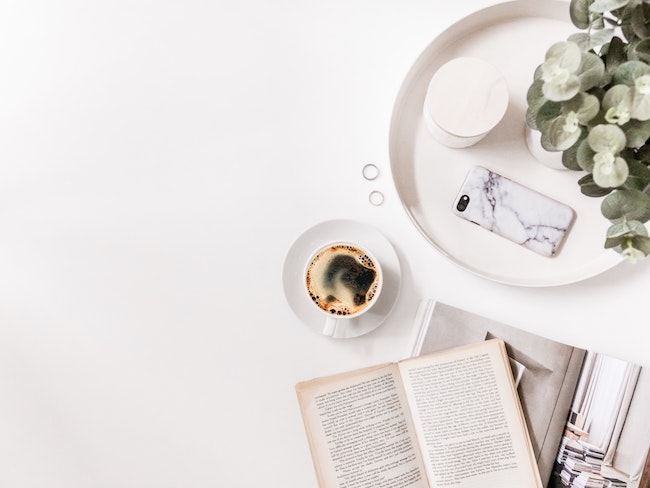 JH: Who are some of your favorite writers?

MC: Too many for a list to do them justice. I do believe that books come into our lives at a time when we need to read them, which was the case for me with Virginia Woolf’s To the Lighthouse, and Marilynne Robinson’s Housekeeping. And Shakespeare throughout my life. What I’d like to list instead are some favorite books set in Paris:

A Place of Greater Safety by Hilary Mantel

A Moveable Feast by Ernest Hemingway

Between Meals by A.J. Liebling

The Autobiography of Alice B. Toklas by Gertrude Stein

The Piano Shop on the Left Bank by Thad Carhart

Paris to the Moon by Adam Gopnik

The Hare with Amber Eyes by Edmund de Waal

I also list the books I am indebted to in my research for Haunting Paris on my website here.

JH: What are you working on now?

MC: Haunting Paris is just out in paperback, and since all my book events were canceled from coast to coast in the States, and postponed for the American Library in Paris, I’m staying home and trying to spread the word from here.