Home History Who Wears the Pants in France?

From “Liberty” to the Statue of Liberty 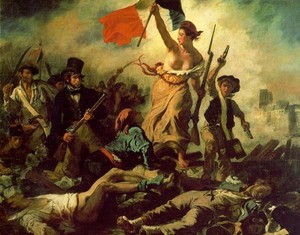 After the Dominique Strauss-Kahn event last year, I got my ears rinsed more than once by friends in the US scolding French women for their passivity toward their male counterparts.  Walking on shaky ground, I pretty much chose to avoid the subject until the newspaper Le Monde recently made it known that, as of January 31 of this year, it was officially legal for French women to wear trousers!

Alan Houpert, a member of the French Senate, had suggested to Madam the Minister for Women’s Affaires that it was perhaps time to “sack” a law dating down from the French Revolution?  Ok, it had been updated not once but twice, first in 1892 and again in 1909 and now authorized the “porte du pantalon” if women were holding “bicycle handle bars or horses reins.”  I smiled…then I remembered that most of France’s civil code does still, in fact, dates back to 1804 and Napoleon I.

Fortunately, one of my French women friends reminded me that it was exclusively women, not men, who sparked the Revolution by storming Versailles to demand bread for their starving families and that the first woman activist was not Simone de Beauvoir, but Olympe de Gouge (1748-1793).  Based on the Assembly’s Declaration des droits de l’homme et du citoyen de 1789, our erudite Olymphe drew up a second declaration, one of women’s rights, the Déclaration des droits de la femme et de la citoyenne, in which she proclaimed civil and political equality for both sexes.   She then went on to insist that a “civil contract” replace religious marriage,  that all children be provided the right to research their paternity and be recognized outside of marriage, and that the State create maternity hospitals, workshops and foyers for women.   She even demanded that women have the right to divorce – in the only “right” that was ever actually granted to women by the 1789 Revolution! 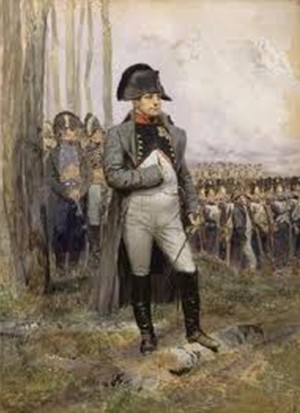 Blame it on Napoleon

Unfortunately, declaring that “if women could climb onto the guillotine and be executed, they could also climb unto the Tribune and take part in public decisions,” did not prevent our Olympe from facing the guillotine in 1793. This was not because of her stance in favour of women’s rights though, but because she was worried that a dictatorship would replace the Revolution.  It did, with Napoleon’s eventual “coup d’état” in 1799.  And Bonaparte’s ensuing Civil Code still oversees all questions concerning marriage, morality, public order, contracts and those sometimes “cheesy” little details of everyday daily life in France to this day.

The next prominent women’s rights activist after 0lympe came along at the time of the two Paris Communes in the late 1800s.  Louise Michel (1830-1905) was born the illegitimate daughter of a servant.   She went on to teach in a women’s school where she became rapidly aware of the plight of women, declaring that workers’ wives were society’s “psychological and moral slaves”, often having to choose between “hunger and misery, prostitution or the convent”.

When the Prussians invaded France in 1870, Michel took to activist politics, earning herself the name “la Vièrge Rouge” (the Red Virgin).  With a piece of cloth torn from an old skirt and tied to a stick on the barricades, she was the “inventor” of the famous anarchists’ “black” flag.  In 1887, seventy years before Koestler and Camus, she publicly condemned the death penalty and, in a country priding itself on its African colonies, fought tooth and nail both against slavery and for black people’s dignity. 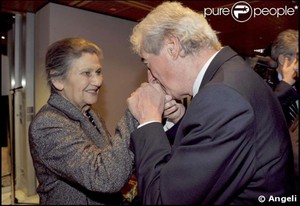 So where does Simone de Beauvoir fit into all this?  If Simone’s The Second Sex and its entirely new way of speaking about the physical, mental and emotional make-up of a woman sparked off the creation of Women’s Studies in the US, Simone actually had little or no effect here in France.  Not only were French women not interested in Simone, Simone had absolutely no interest in their cause.  She and Sartre were immersed in left wing politics with the idea that it was a common battle for human rights.  De Beauvoir really only took an interest and eventually sided with the movement during her first trip to the States beginning in the 1970s.  But when we look back at the traditional assimilation of women’s to men’s rights in France, perhaps we can better understand her difficulty in breaking free?

Does this mean that there was no Women’s Lib movement in France?  Of course there was, but it began as something called Avenir (Future) during the occupation of the Sorbonne in May ’68 and moved on through the work of some ten women activists to become the very official Mouvement pour la Libération des Femmes (MLF) in the fall of 1979.  They caught the public eye by various acts such as placing a wreath at the Arc de Triomphe next to the tomb of the Unknown Soldier with banners that read: “Who is even more forgotten than the Unknown Soldier? His wife!” or “One man out of two is a woman!” The group’s emphasis was centred on contraception and legalized abortion already established in Switzerland and England and was instrumental in subsequent changes to legislation.

If the first and only woman Prime Minister in French government was François Mitterand’s Edith Cresson, it was actually another Simone, Simone Veil, Health Minister under Giscard d’Estaing in the ‘70s who, as a result of the MLF’s efforts, probably pushed through the most legislation concerning women here in France.  She was, by the way, the 6th woman to be elected to France’s illustrious Academie Française, an institution which had to install toilets for women when Margarite Yourcenar was the first woman to be elected in 1980!

Today half of François Holland’s cabinet are, in fact, women.  With 26.8% of the House and 21.8% of the Senate women, a record number, that still leaves a lot of men to decide which laws pass and which do not.  Last fall, when French Housing Minister Cécile Duflot stepped up to the microphone wearing a blue and white flowered dress, her male compeers’ whistles and heckling lasted throughout the entire speech. Holland’s Prime Minister Jean-Marc Ayrault promptly ordered the Equality Minister to set up a series of Swedish 45-minute courses intended to identify sexism in everyday life and how to avoid sexist stereotypes.  Good news, all 38 ministers, men and women alike, signed up for the workshop.

On the lighter side, Le Monde also pointed out in its article that if the “trousers” law seems ridiculous, a much more recent law dating back to 1954, still forbids “soucoupes volantes” (flying saucers) to either fly over or land in the municipality of Chateauneuf-du-Pape.  In a town famous for its Côtes du Rhone maybe they were afraid that women driving UFOs would make crop circles and raise havoc in their vineyards?   In a country where as late as 1993 the Napoleonic Code would forbid you to give your child any name that was not a Saint on the calendar, today, there is a law in existance in France that declares it illegal for you to name a farm pig…“Napoleon.”  I guess Senator Houpert still has more work cut out for him?