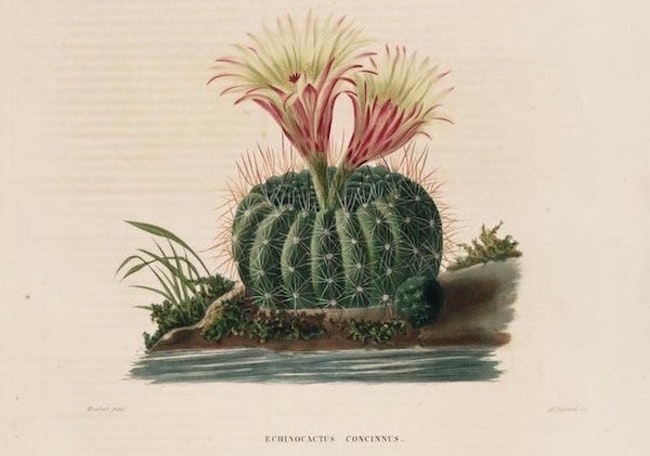 Sacred Geometry is an ancient science that decodes the language of all things in our Universe – from the spinning of galaxies, to the facets of crystals, the structural patterns of ferns, chambered nautilus shells, whirlpools, sunflowers, tornados, honeycombs, waterlilies, pineapples, cacti, and even our own DNA, to list just a dozen. This intrinsic geometric elegance has spiked the imagination of many since the 12th century Italian mathematician, Leonardo Fibonacci, interpreted the mathematics of designs found in nature. One who was inspired by these never-ending, exquisite fractals was the French botanist, Charles Lemaire. 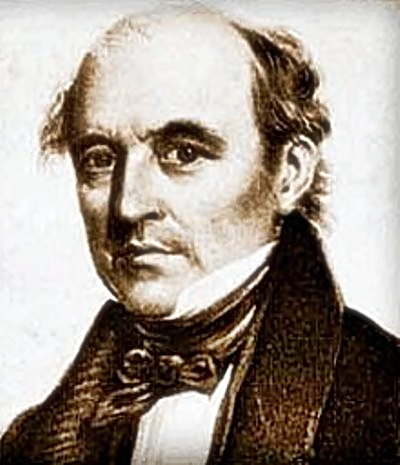 Cacti are believed to have evolved between 30 and 40 million years ago. They belong to an American plant family not native to Europe, Africa or Australia. Very little is known about early cactus plants because only two cactus fossils have ever been found. The oldest, found in Utah, dates to 50 million years ago and is similar to today’s prickly pear. Lemaire was captivated by these ancient, out-of-this world species of plants and devoted almost his entire life and career to their study. 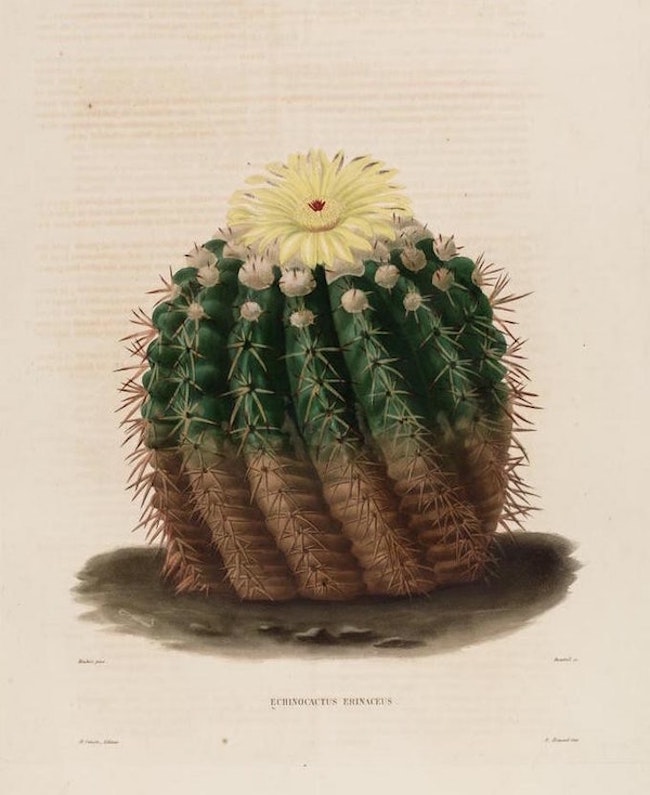 Charles Antoine Lemaire was born in Paris on November 1, 1800. He attended the University of Paris and, after the completion of his cross-disciplinary studies, became a Professor of Classical Literature. Although he never achieved the life of an academic, he experienced a divine calling to botany.

Lemaire’s first serious venture into the world of horticulture was by creating a substantial cactus collection, followed by a job working with the chief horticulturist, Joseph Henri François Neumann, at the Museum of Natural History located on the grounds of the Jardin des Plantes in Paris. In 1830, Neumann became the first to fructify the vanilla orchid plant, obtaining over 200 vanilla pods outside of their natural habitat of Mexico and Guatemala. It was with Neumann’s friendship, encouragement, and tutelage that Lemaire’s new career flourished. 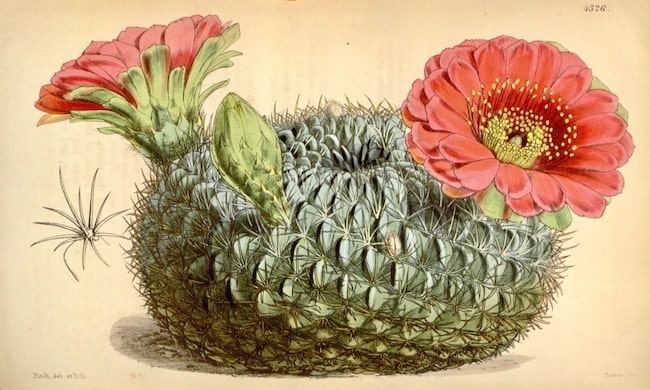 In 1835, Lemaire became editor of the botanical journal, The Universal Horticulturist. In 1841 he published The Descriptive Iconography of Cacti. In 1845 he was asked to be an editor of Louis van Houtte’s, Flora of the Greenhouses and Gardens of Europe. He moved from Paris to Ghent, Belgium. Nine years later he was invited by some of the great plant specialists, hybridizers and plant hunters of the day to become the sole editor of Horticultural Illustration, founded by Ambroise Verschaffelt (of the famed Verschaffelt Horticultural Establishment), and Jean Linden, the renowned orchid hunter and editor of The Orchids. He held this position for sixteen years until Linden bought the Verschaffelt Horticultural Establishment and gave the editorship of Horticultural Illustration to Édouard André.

André was a landscape architect who designed hundreds of the world’s most beautiful outdoor spaces, including the Borghese Gardens in Italy and the Palanga Botanical Park in Lithuania. André’s pupil and assistant, Carlos Thays, of French-Argentine heritage, traveled to Buenos Aires in 1889 where he was responsible for the planning of the French-styled, tree-lined boulevards and public gardens for which Buenos Aires is so often noted.

In 1870 Lemaire returned to Paris, dying in virtual obscurity one year later. In addition to his enormous contributions to the journals he edited, Lemaire also published numerous papers on cacti. One of the notable genera he named was Schlumbergera which contains the very popular, Christmas Cactus. It was his article about Nymphaea Devoniensis (waterlilies), which was published in Horticultural Illustration that inspired Joseph Bory Latour-Marliac to attempt their hybridization. Decades later Latour-Marliac introduced a great many outstanding hybrid waterlilies and today remains perhaps the single best waterlily hybridizer of all time. Latour-Marliac in turn inspired Claude Monet to purchase Nymphaea from his nursery in Temple-sur-Lot, from which the great Impressionist created his iconic water lily paintings, some of which are permanently exhibited at Musée de l’Orangerie in Paris. 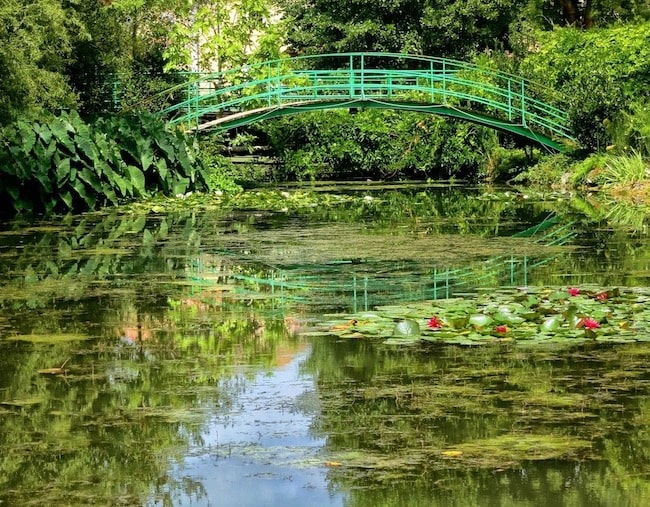