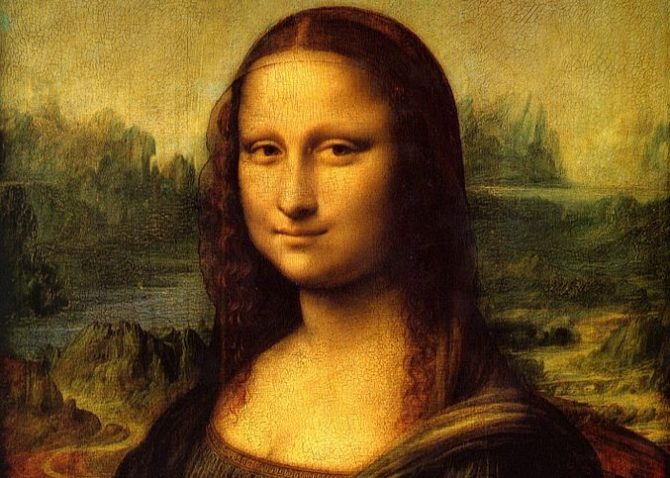 In 1962 the Mona Lisa was valued at $100 million. In 2019, she was estimated to be worth a cool $2.67 billion. The highest selling picture to date is another painting by Leonardo da Vinci, the Salvator Mundi, which was sold at Christie’s auction in New York to Prince Badr bin Abdullah for an appropriately princely sum of $450.3 million in November 2017.

How wonderfully quixotic then, that just over 100 years earlier in 1911, an Italian handyman working in the Louvre put the Mona Lisa under his work smock and simply walked out of the building. The Mona Lisa was not be seen again for two years.

Vincenzo Peruggia’s audacious theft ensured that the subsequent publicity and the continued mystery of La Joconde’s whereabouts resulted in making the Mona Lisa the most famous painting in the world. And she has never been knocked off that top spot since.

There were various suspects in the frame as the police frantically tried to find the thief and, more importantly, the painting.

The first obvious suspect was Gery Pieret, who already had a history of successfully targeting the Louvre. But unable to find Pieret in Paris, the police turned their attentions to Pieret’s employer, who was none other than the illustrious poet and forefather of Surrealism, Guillaume Apollinaire. Apollinaire was arrested and imprisoned, more because of his many publicized statements advocating the burning down of the Louvre, than on any hard evidence. Picasso, a friend of Apollinaire, was also under suspicion simply by association, the police desperate to solve this high-profile theft, with or without any concrete proof. 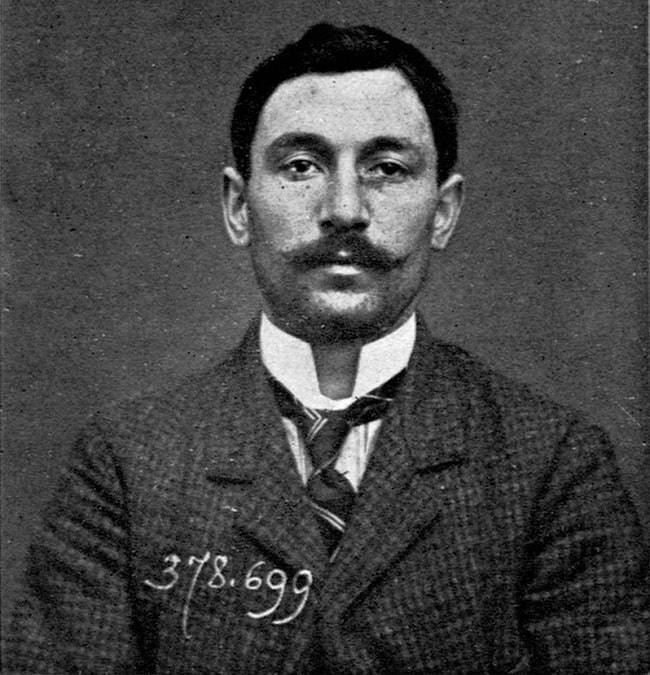 Mug shot of Vincenzo Peruggia, who was believed to have stolen the Mona Lisa in 1911. Image credit: Wikipedia (Public Domain)

Peruggia was questioned by the police but they believed his alibi that he had been working elsewhere when the Mona Lisa was stolen. The painting was to remain, unsuspected and hidden, in a trunk in Peruggia’s apartment in Paris for the next two years. It doubtless could have stayed there undiscovered for years, had Peruggia not decided to return to Italy with it, where he claimed it belonged. Peruggia’s altruism fell short however when he decided to sell the painting.

As with every great story, conspiracies abounded. One favorite was that the theft had been instigated by an Argentinian, Eduardo de Valfierno, who had commissioned the French art restorer and forger, Yves Chaudron, to make six copies of the Mona Lisa to be shipped to the United States and be sold to private buyers as the original artwork.

Whatever the truth, Peruggia, now with the Mona Lisa in his apartment in Florence, thought that a reward would be in order for returning the painting to his homeland. He approached Alfredo Geri, the owner of an art gallery in Florence, with his offer. Geri immediately showed the painting to Giovanni Poggi, the director of the Uffizi Gallery, who took no time in authenticating it and informing the police of Peruggia’s whereabouts.

It was hardly surprising that after this Italian ‘coup’ in discovering the whereabouts of a treasure the French police had conspicuously failed to find, that the celebrations and self congratulations manifested themselves with banner headlines and a triumphant tour around Italy of the Mona Lisa before she was returned to her rightful place, back in France in the Louvre.

Peruggia, taking into account his ‘patriotism to his native country,’ was given a six-month prison sentence. He died aged 44 in Saint-Maur-des-Fosses, in France, the country he had deprived of its most famous piece of art, resulting in one of the biggest police operations, for two long years.

The Mona Lisa may have survived her greatest scandal but she was still to invoke passionate and sadly negative impulses. In 1956 a mindless vandal threw acid at her and later the same year she suffered more damage from someone throwing a rock. Fortunately she was quickly restored to her enigmatic self.

Her tribulations continued in 1974 when on loan to the Tokyo National Museum, she was sprayed with red paint from a visitor angry at the museum’s policy towards disabled people.

2009 saw a Russian woman throw a tea cup at her in the Louvre, perhaps unaware that as in Tokyo, the Mona Lisa was protected by bulletproof glass. (The offender was angry not to have been granted French citizenship.) The Russian woman, as with the visitor aggrieved at the disability policy, seemed to have found in the Mona Lisa an acceptable scapegoat for their discontent– unless of course they simply did not like the way she was smiling…

And now, of course, we must come to ‘that smile’. The most talked about, described, sung about pair of lips in the world. The Italians call it ‘sfumato’, blurry, ambiguous and ‘up to the imagination’. Enigmatic and mysterious are probably the descriptions most used, but is she happy, sad or maybe just thinking of what’s for dinner that evening?

An even more intriguing theory emerged recently when the Mona Lisa was put under infra-red analysis. Silvano Vinceti deduced from these results that the painting was an amalgamation of two models, the accepted face of Lisa Gherardini and Gian Giacomo Caprotti, da Vinci’s apprentice and lover. Caprotti began working for da Vinci when he was ten years old and stayed with him for the next two decades. Vinceti’s theory however was soon brutally rebuffed by a leading da Vinci expert and professor emeritus of History of Art at Trinity College, Oxford as, ‘a mish mash of known things, semi-known things and complete fantasy.’ Where the Mona Lisa is concerned, theories abound, and no doubt will continue to do so, unchecked, and the whole truth, obscured over the centuries, is known to Leonardo da Vinci alone. 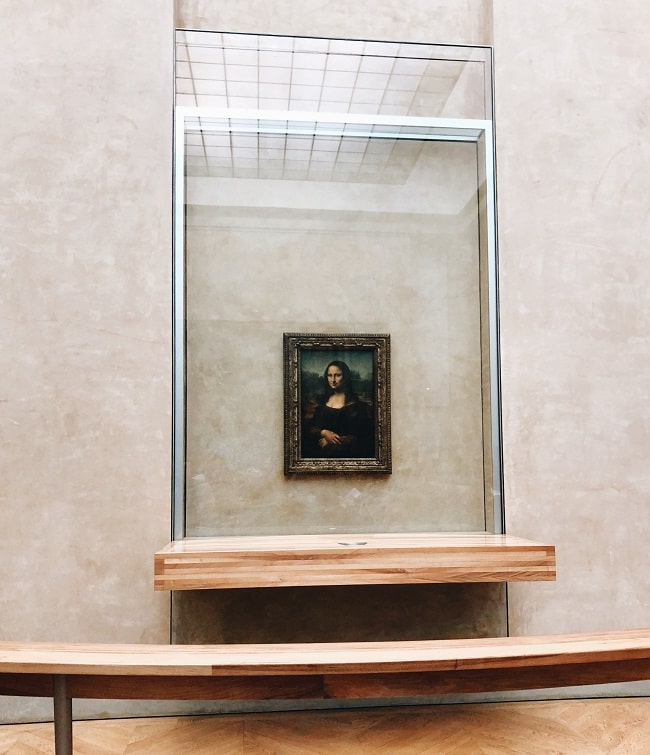 And what of the great man himself– forever to be known, more than 500 years after his death, as the artist who created the Mona Lisa, whose name will always be followed by hers in the same breath?

The Mona Lisa is believed to have been painted between 1503 and 1506 but these dates are variable as some academics believe the painting could not have been started before 1513 and still possibly been worked on as late as 1517. It has been accepted that the model was Lisa del Giocondo, the wife of a wealthy silk merchant Francesco del Giocondo, to celebrate both the birth of their second son, Andreas, and their move to a new home. Which is where opinions differ on the exact date she was painted. The Louvre assert it was between 1503-1506, but other academics argue that historical documentation, especially that of Vasari, stated that da Vinci ‘lingered over the painting for four years’ before taking it with him to France in 1516 where he’d been commissioned to work for King Francis 1 near the Chateau d’Amboise. It was the French king who bought the painting which was then kept at the Palace of Fontainebleau until Louis XIV moved it to the Palace of Versailles where it stayed until the French Revolution. In 1797, the Mona Lisa finally found her permanent home in the Louvre.

The fame of the Mona Lisa perhaps casts an unworthy shadow on da Vinci’s other accomplishments. One can only hazard a guess that were da Vinci to be alive today, he would be shocked by the light that has been shining on the Mona Lisa above all of his other works of genius. 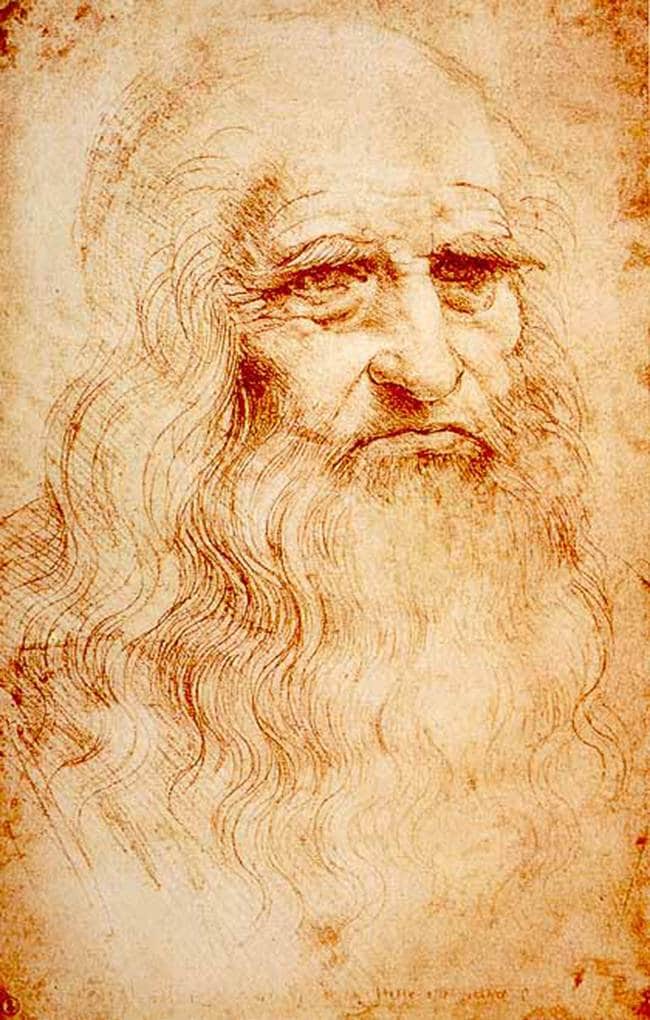 Born in Florence in April 1452, son of a notary and a peasant woman, da Vinci had no formal education, making his achievements so remarkable that historians and scholars alike regarded him as the prime example of the ‘Universal Genius’, or more commonly known as ‘Renaissance Man’, an individual of ‘unquenchable curiosity’, and feverishly inventive imagination.’

It seems that there was no praise high enough, no laudits left unused, to recognize the genius that was Leonardo da Vinci. He was described as ‘superhuman’ and it was said of him that the scope and depth of his interests were without precedent in recorded history. His technological ingenuity is well known to all of us today; his flying machines, automated bobbin winder, machines for testing the tensile strength of wire, his discoveries in anatomy, engineering, geology and optics, solar power and hydrodynamics, the list is endless. The question only is how he ever found the time to paint and sculpt and have more than a passing interest in botany, paleontology, literature, architecture, science, music, cartology, mathematics, anatomy and engineering.

However his paintings are still how Leonardo da Vinci is best remembered. The Last Supper is the most reproduced religious painting of all time, Vitruvian Man perhaps the most iconic of drawings this century, and of course as mentioned earlier, Salvatore Mundi, the most expensive painting ever sold.

However the Mona Lisa remains the eternal and ultimate achievement of Leonardo da Vinci.

Would history have been changed if an Italian workman had not decided to put her under his smock, walk out of the Louvre and hide her away for two years?

Another question that even the Mona Lisa can’t answer.

Perhaps that’s what she is smiling about now.

Leonardo da Vinci died in France in May 1519. 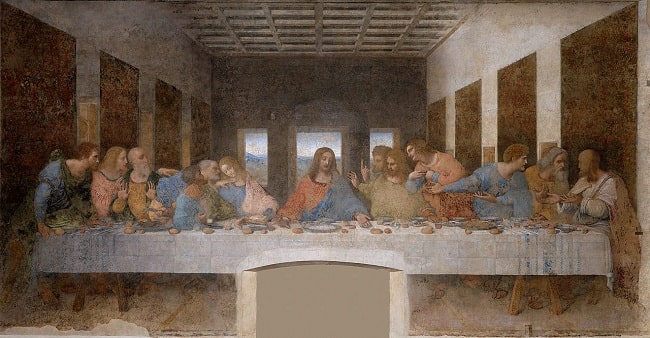