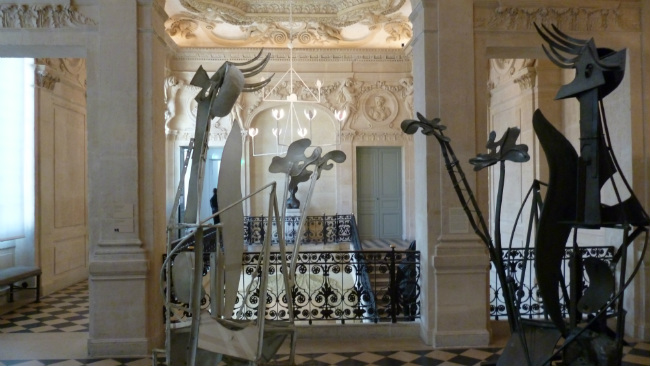 interior of the Picasso museum with sculptures/ Marilyn Brouwer

Picasso’s prodigious talent, for decades acknowledged in the artist’s paintings and drawings, takes on a new dimension with this latest exhibition of his sculptures at the Musée Picasso. In conjunction with MoMA (the Museum of Modern Art in New York), the expo features 240 pieces of sculpture including an exceptional collection of six “Verres d’absinthe”– seen here for the first time in Europe since 1914.

[Editor’s note: As reviewed by Sylvia Davis in our sister publication France Today, this exhibit builds upon the expo at MoMA by “hosting a selection of Picasso sculptures presented from a different angle. While MoMA focused on the uniqueness of the original sculptures, the Paris exhibit provides an opportunity to visit a slightly more complex aspect of the art, rarely studied in this type of event: the question of multiples in sculpture, and the interrogation that arises when series and variations, recasts and enlargements are made from a select group of originals.”] 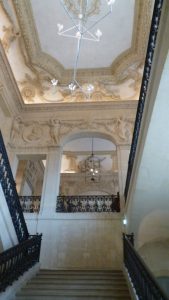 the magnificent interior of the Picasso Museum/ Marilyn Brouwer

Picasso sculpted throughout his long career, using any material in amazing, innovative ranges of shapes which included, paper, stones, plaster, pebbles and metal. Picasso loved his sculptures so much, (some say he regarded them as family members), that the majority of them he kept in his possession and it wasn’t until 1966 at the “Hommage à Picasso” in Paris that the general public were made aware of this side of Picasso’s work.

The Picasso Museum, after a major restoration project which was unveiled in 2014, now permanently houses around 5,000 Picasso works in its beautifully renovated interior.

The origins of the museum began in 1656 when the construction of the Hôtel de Salé was begun in the Marais for Pierre Aubert who made his fortune collecting the salt tax. Believed to be one of the finest in Le Marais, this grand mansion changed hands many times, and it was alternatively an Embassy, a school (where Balzac studied) and later even expropriated by the State during the French Revolution. It was finally acquired by the City of Paris in 1964 and granted historical monument status in 1968. From 1974 until 1980 the mansion was restored. 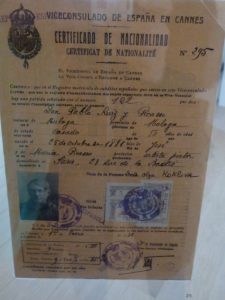 After much dissention in a civic and national debate, the Hôtel de Salé was finally chosen to house the Picasso museum. Without France’s ‘dation’ tax it is doubtful that a comprehensive collection of Picasso’s work could have been amassed. The ‘dation’ tax allowed heirs to pay inheritance tax in works of art instead of hard cash. The art works have to be deemed to be of significant artistic importance to French cultural heritage. Accordingly works from all periods of Picasso’s life, including rare sculptures, were chosen. In 1986, after the death of Jacqueline Picasso, her daughter offered more of Picasso’s work to the state in lieu of inheritance tax, expanding the collection even further. Since 1985 the museum has bought over 1,000 more of Picasso’s works.

In 2009 the museum closed for a massive renovation program estimated to take two years. As the opening date was delayed and the projected costs more than doubled, the museum was once more embroiled in controversy. Finally in October 2014, the Picasso museum re-opened to reveal its stunning, light, ornate interior and wonderfully displayed collection. The result is a triumph, the Picasso sculptures the icing on the cake. 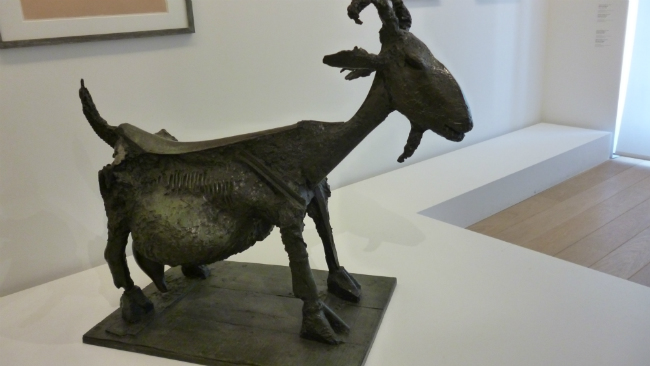 Born on October 25th, 1881 in Malaga, Picasso’s talent was evident at an early age when he soon surpassed the skills of his father who was an art teacher and painter. In 1895 the family moved to Barcelona and two years later to Madrid. Here as in Barcelona, Picasso began skipping his formal art lessons, preferring to wander around the city and paint whatever he observed, notably beggars, prostitutes and gypsies. Two years later back in Barcelona and inspired by a group of radicals and anarchists, Picasso began his life-long process of experimentation and innovation, forsaking the classical methods he had been hitherto taught.

By 1901, Picasso had opened his own studio in Paris, but unlike his contemporaries and due to the generous patronage of the art dealer Ambroise Vollard, Picasso was already on his way to being both successful and prosperous. His well known, ‘Blue Period’ from 1901-1904, (the result of a deep depression over the death of his friend Carlos Casagemas) inspired ‘The Old Guitarist’, ‘ Blue Nude’ and ‘La Vie’– paintings haunting in their anguish and isolation. (Leo and Gertrude Stein, the famed American art collectors, were already amassing Picasso’s art in 1905.) 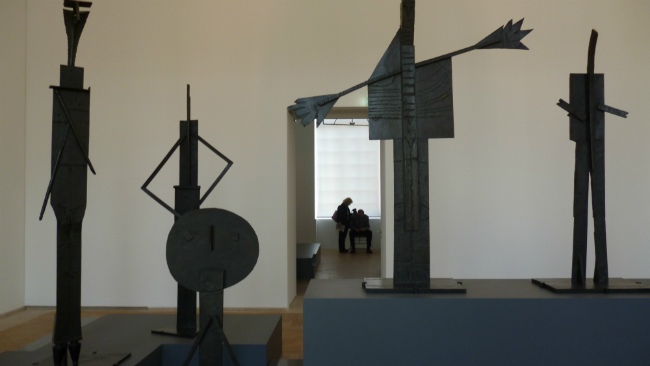 His ‘Rose Period’ lasted a scant two years before ‘Les Demoiselles d’Avignon’ heralded in the birth of cubism. The art world was shocked by this chilling depiction of five nude prostitutes with distorted geometric features. ‘Girl with Mandolin’, ‘Card Player’ and ‘Three Musicians’, in the same abstract, broken up and reassembled form, soon followed.

WWI had a sobering effect on Picasso’s work and he became more preoccupied with reality. However by 1927, Picasso was caught up in surrealism, a new cultural and philosophical movement.

But it was in 1937 when German bombers supporting Franco in the Spanish Civil War, carried out a devastating attack on the Basque town of Guernica killing hundreds, that perhaps the most iconic and one of the largest Picasso paintings was produced. This massive, black, white and grey painting with all Picasso’s recognizable forms, still remains one of the most moving and powerful anti-war paintings of all times.

It was hardly surprising that after the massacre at Guernica and the horrors of WWII, that Picasso joined the Communist party and was subsequently twice honored with the International Lenin Peace Prize. 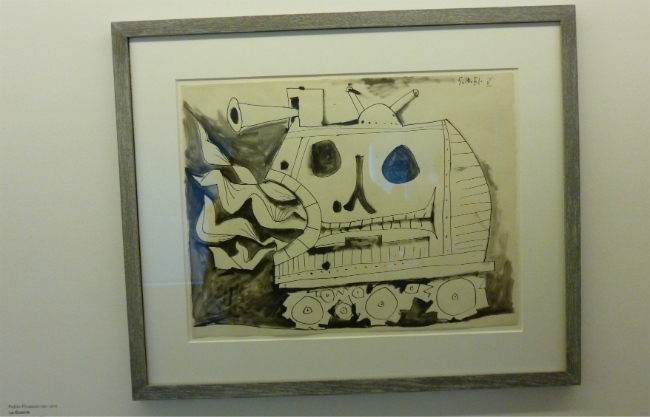 As for Picasso the man, he was now an international celebrity and the world’s most famous living artist, pursued by the paparazzi, his private life made public, his celebrity status deflecting attention away from his art which was now becoming more childlike and simple in its imagery. 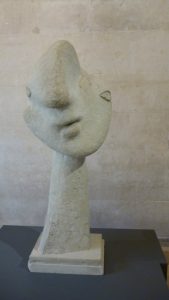 Despite his countless affairs with girlfriends, mistresses, muses and prostitutes, Picasso married only twice, in 1918 to Olga Khokhlova, a ballerina, and then when he was 74 to Jacqueline Roque, many years his junior. His most famous muses were Dora Marr, whose sculpted head is on display at the Picasso museum, and Francoise Gilot.

Neither fame nor fortune nor women affected Picasso’s artistic output. This ever changing, ever evolving, painter, sculptor, ceramicist and print maker left an estimated 50,000 works of art on his death.

Pablo Picasso died aged 91 in Mougins in the South of France on April 8th, 1973.