A Tale of Two Cities: The New Paris-Londres Pastry 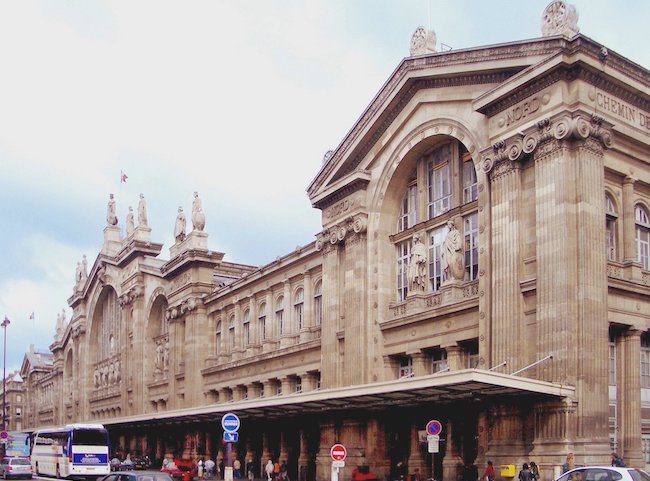 With the fallout from Brexit still looming large, and the border between France and the U.K. currently closed during the pandemic, it’s time to celebrate the long-standing relationship between the two countries. What could be better than an award-winning dessert recognizing the two capitals? Even if the Eurostar is only allowing “essential travel” at the moment, we’re linking the Gare du Nord and Saint Pancras in our mind as we dream about the “Paris-Londres” — a new treat inspired by the famous “Paris-Brest” pâtisserie.

Here’s the backstory. Last November, with a nod and a wink to the legendary cycle race which gave its name to the Paris-Brest, Catherine Colonna, Ambassador of France to the United Kingdom, launched the “Paris-London” culinary competition. The concept was to challenge French or British pastry chefs to concoct a dessert that would become the gourmet symbol of the entente cordiale between the two countries.

The winning creation — by Guillaume Godin, head pastry chef at Guy Savoy — was chosen from around 20 competing gateaux to become “official cake” by appointment to the Ambassadors of the two countries, destined to become a storied centerpiece at the tables of the French Residence in the U.K. and the British Residence in Paris.

We asked Guy Savoy’s opinion. “Sadly, my restaurants are closed until further notice, but we are arranging take-away, or delivery, via Le Chiberta and Supu Ramen“.

“Well, possibly in the future, but at present, it’s exclusively the official dessert for the two Residences – à suivre, alors!”

On winning the award, Guy Savoy comments: “We salute French Ambassador Mme Colonna for inviting us to take part in the competition. The inspiration came from the Pont Neuf Bridge, just across from La Monnaie de Paris restaurant, and Tower Bridge in London. The pastry also reflects the cultures of the two countries using ingredients such as Darjeeling tea and apples,  seasonal fruits on both sides of the Channel. For us this dessert symbolizes the enduring link between two capitals – politics divide, good pastry unites, n’est ce pas?”

“Guillaume Godin has succeeded in marrying Franco-British tastes and cultures creating this convivial bridge between Paris and London,” says Mme Colonna. “The choice was difficult,  we received some remarkable creations, but Guillaume’s interpretation symbolizes our gourmet initiative to perfection and illustrates that the United Kingdom and France remain close.”

Simple joys are more necessary than ever during these difficult times. Ed Llewellyn, U.K. Ambassador to France, explains: “We were won over by the delightful flavors of this dessert, showcasing the strong links between our two countries. We’re delighted to be associated with this project allowing us to continue to write Franco-British history, from a perspective that is both fun and gastronomic.”

Previous Article Explore the River Oise in the Footsteps of the Impressionists
Next Article The Hit TV Series Lupin: Arsène Lupin Then and Now

November News: Where to Eat in Paris