Eataly Paris: The Soul of Italy in the Heart of the French Capital 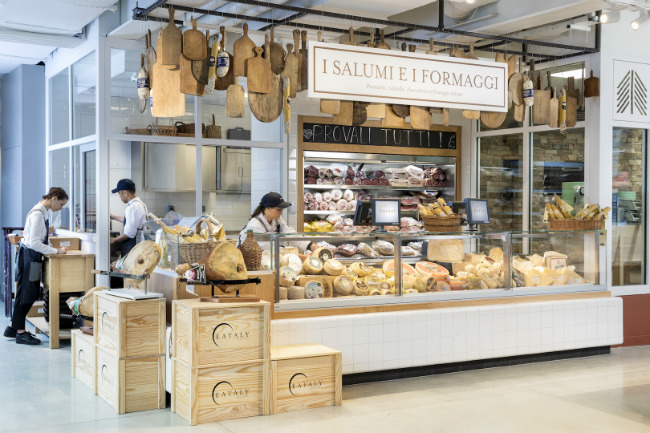 In case you’re unable to jump on a plane destined for Italy, the next best thing is a visit to Eataly Paris Marais. The first Paris outpost of this famed concept created by Oscar Farinetti in 2007 opened its inviting basket laden doors this past April in collaboration with the Galeries Lafayette group. Inspired by the Slow Food movement, all 2,000 square meters of Eataly set over three-floors are stocked with local specialties from select artisanal Italian and French producers, with respect for the land, the seasons and the farmers. Nowhere else in Paris is the biodiversity of Italian gastronomy experienced more decidedly. 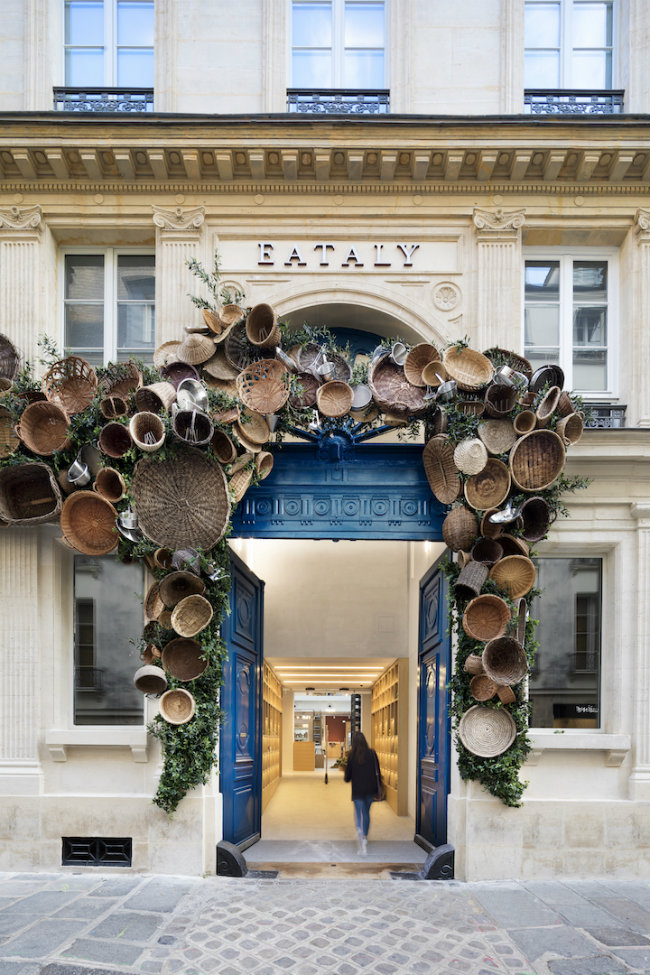 Offering seven eateries and eight market counters including a cheese monger, fresh mozzarella and pasta, a butcher, a baker, and a fruit and vegetable stand, there’s plenty to whet your appetite and keep you well-nourished both day and night. The wine cellar boasts the largest selection of Italian wines in Paris, from Piedmont to Calabria, and everywhere in-between. Cooking classes are also on offer in case you’d like to learn to cook like an Italian nonna. 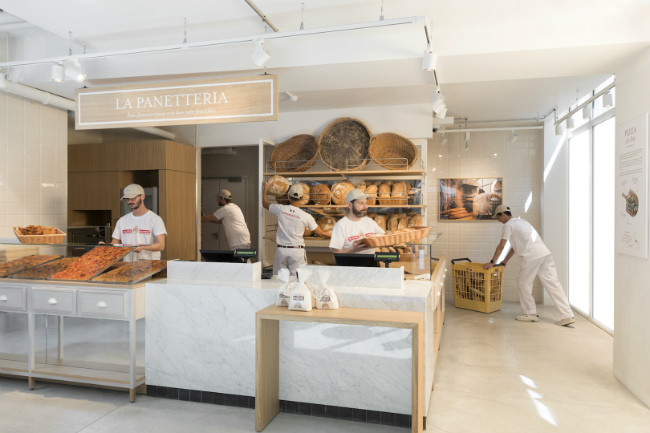 At the heart of Eataly, the Panetteria bakes hand-made bread throughout the day including focaccia and their famous “Pizza Alla Pala”. The Salumi e Formaggi counter presents a range of air dried, cooked and smoked meats including Salami, Parma and Culatello, while Gorgonzola, Parmigiano Reggiano DOP, Robiolo and Pecorino-Romano headline the regional cheeses. La Pizza and Pasta restaurant offer what else, but everyone’s favorite Italian dishes, including Eataly’s signature spaghetti made with Afeltra pasta from Gragnano. Buon appetito! 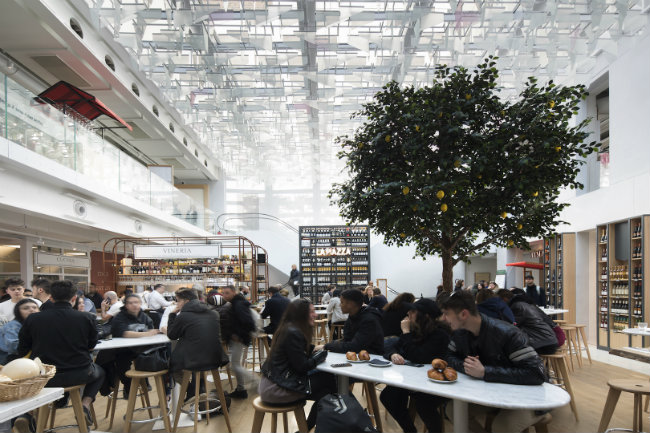 For a first-class meal highlighting Italy’s regional dishes, book at table at L’Osteria del Vino neighboring Eataly’s wine tasting spot Il Bar del Vino on the lower level. Daily changing seasonal specialties include risotto, fresh fish and copious platters of prime meats, with plenty of veggies on the side. My personal favorite is the grilled octopus with stracciatella. And the tiramisu? The best in Paris! 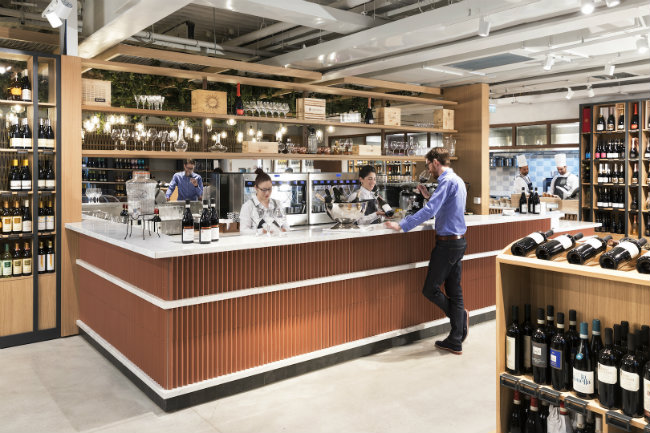 What makes Eataly such a culinary success is not only the well curated selection of Italian specialties but also Farinetti’s philosophy. Eataly is a place where “people can eat, shop and learn all about high-quality food, three activities that don’t coexist anywhere else.” Here is where you can taste the soul of Italy, in the very heart of Paris. 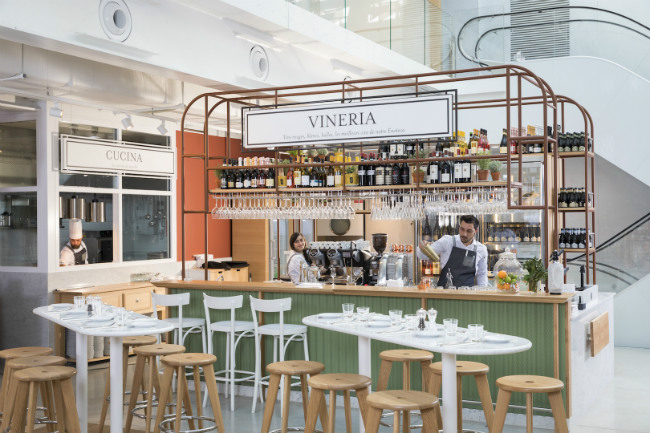 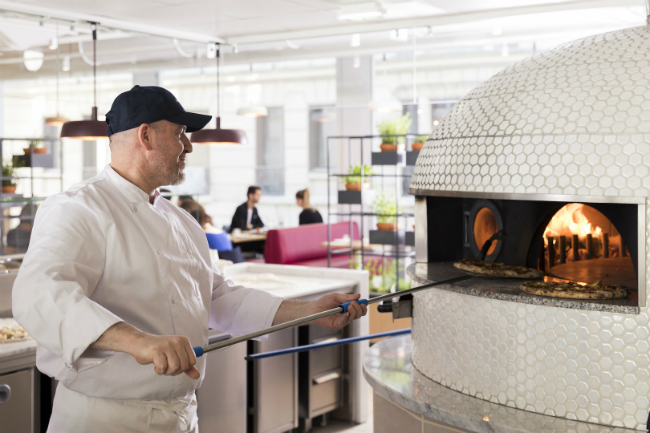 Previous Article Black Lives Matter in Art History: Le Modèle Noir de Géricault à Matisse
Next Article Who was Roland Garros? Why is the Tennis Tournament Named After Him?

Marché Biron: The Jewel of the Famous Saint-Ouen Flea Market