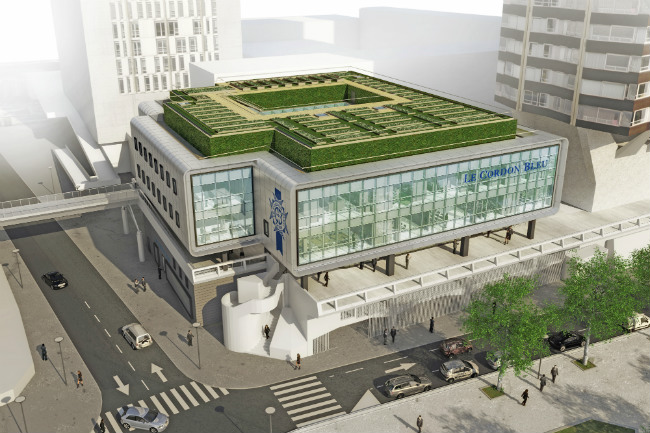 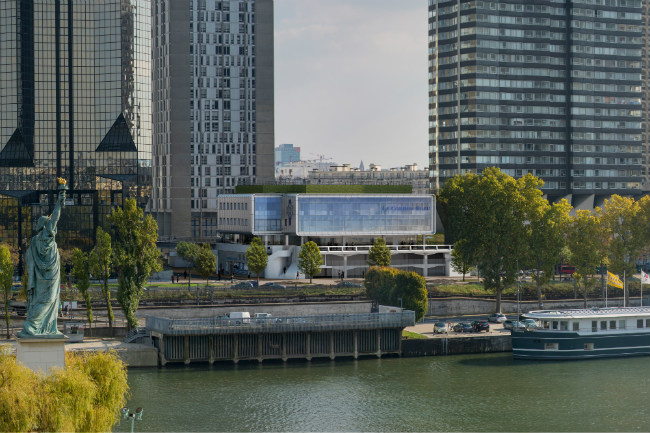 The new campus for Le Cordon Bleu, as seen from the Seine with Paris’s statue of Liberty

Created in Paris in January 1895 by Marthe Distel, the Cordon Bleu celebrates 120 years with a brand new school designed by architects Gabrielli-Pierres-Primard. Slated to open on June 22nd, the aluminum and glass building was designed with the latest environmental norms to be eco-friendly. A stone’s throw from the Seine, the new campus is located on the Left Bank in the Beaugrenelle quartier.

One of the building’s innovations is its roof, transformed into a vegetable garden measuring more than 800 square meters. The garden allows students to learn about how fruit, vegetables, herbs and edible flowers are grown in an urban setting.

With over 50 schools on five continents enrolling 20,000 students annually, Cordon Bleu’s focus is based on culinary arts, gastronomy, hospitality and management. Each school offers its own list of culinary short courses, matching local demand. Most diploma programs consist of three 10-week courses; three in cuisine and three pastry making. Each course leads to the award of a certificate at the basic, intermediate, or advanced level. Students who complete all three levels in the same field are awarded the Diplôme de Cuisine or the Diplôme de Pâtisserie. Those who complete all six courses are awarded the Grand Diplôme. 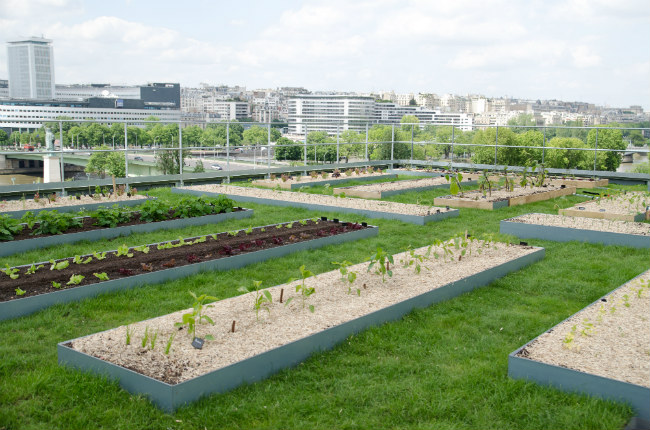 The new campus consists of:

7 practical classrooms for cuisine, pastry and boulangerie lessons, including one classroom that has been specially designed for teaching Asian cuisines: Thai, Japanese and Chinese.

6 modular classrooms which can be transformed into a 420 m² function room.

1 student area with multimedia equipment and a large library with a wide selection of international culinary books and magazines.

A boutique with a range of products and gourmet gifts all carefully selected by Le Cordon Bleu Chefs, as well as an array of cuisine and pastry equipment.

A workshop dedicated to individual or group lessons for culinary amateurs

And, cherry on the gâteau: “Le Cordon Bleu Café” to eat in or take away. 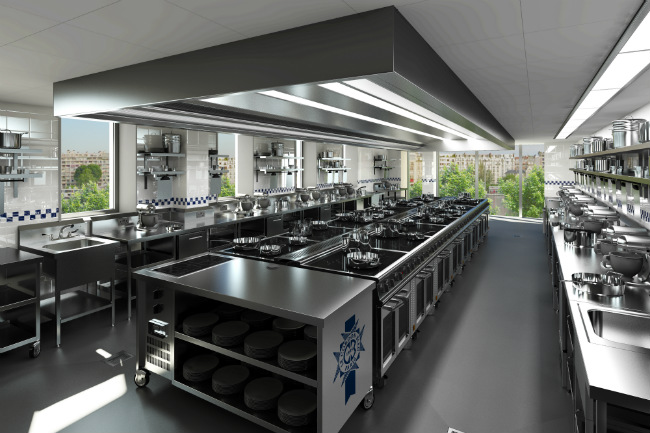 With big restaurant action on his CV over 35 years, this “Best Craftsmen of France (Meilleurs Ouvriers de France – MOF 1994) has received many awards including, in 2016, the “Grand Vermeil” medal, the highest distinction from the city of Paris.

Born in Auxerre, near Chablis– famous for its “liquid gold” wine from the Chardonnay grape– Briffard says his native Burgundy taught him to appreciate natural products and the terroir. His culinary career began at age 15 with Michel Moret, at the Relais Saint-Fiacre, Appoigny. He then joined the Compagnonnage craftsman’s guild in 1976 working alongside Joël Renty (Concorde Lafayette Hotel Paris), then Marc Meneau (L’Espérance, Saint-Père sous Vézelay) and Philippe Groult (Manoir de Paris). Then he left for Japan where he sharpened his knives at Palazzo, one of the restaurants at the Royal Park Hotel, Tokyo. Returning to Paris, he was asked by Joël Robuchon to become Chef at Jamin restaurant on the rue de Longchamp in Paris’s 16th arrondissement. 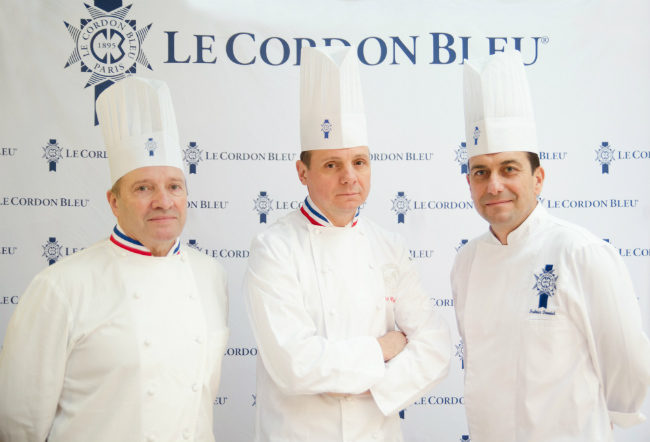 In 1991, Briffard decided he wanted to cook his own style of cuisine and made his mark at the Michelin-starred Château de Fère-en-Tardenois. He then helmed the Plaza Athénée kitchens and subsequently the Le Cinq at Four Season’s George V before joining the Cordon Bleu in January 2016.

The first cooking demonstration on an electric stove was organized by Marthe Distel at Palais Royal to promote her magazine “La Cuisinière Cordon Bleu” and launch the Paris school. The rest, as they say, is history. 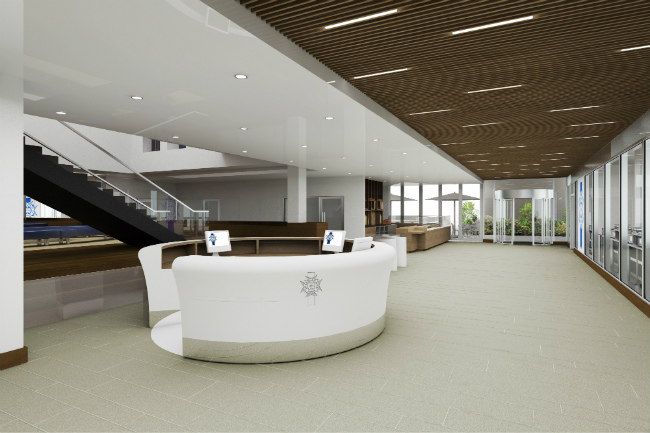 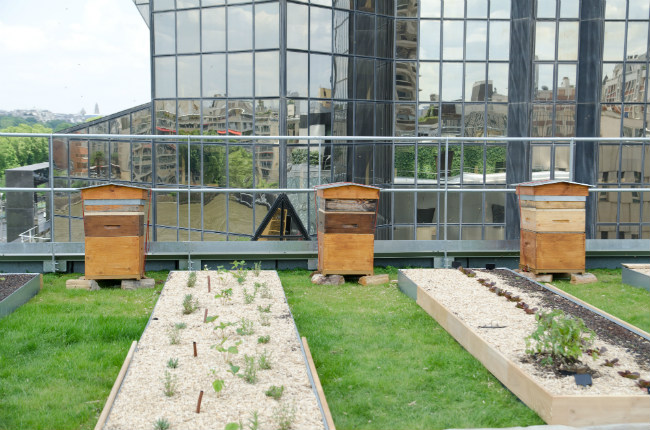