“Cooking – the art of instantly and joyfully transforming products charged with history,” is Guy Savoy’s mission statement. Chiberta, his 1* Michelin address, sits on a side street in the shadow of the Arc de Triomphe. Dotted with exciting contemporary art, originally opened in 1932 (acquired by Savoy in 2003), the Art-Deco style building was named in homage to Le Golf de Chiberta, arguably one of the most beautiful courses in France, set in the heart of Basque country, a truffle’s throw from Biarritz. 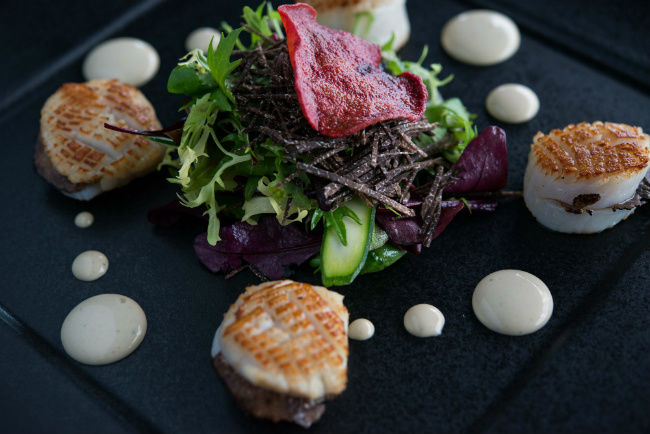 The red and black décor is by Jean-Marie Wilmotte. Glass fronted wine-walls are a design feature; choose from an eclectic selection of bottles. This chic (and cher) wine and oyster bar ticks all the boxes for top quality fare and excellent service.

Sit at the bar or ask for Winston Churchill’s table! 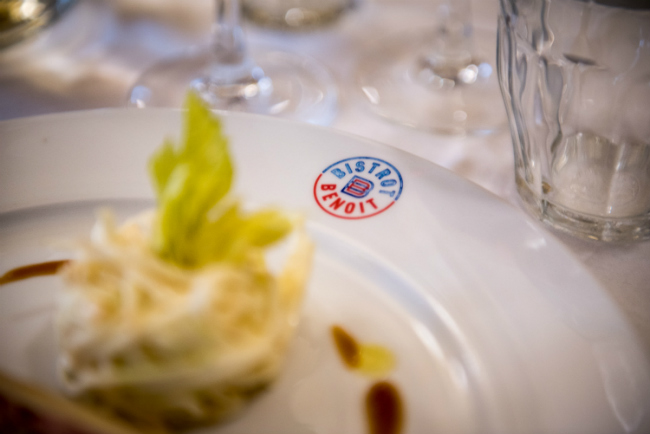 The landmark Eugene Delacroix (1798-1863) exhibition (until 23rd July) in the Louvre’s Hall Napoleon is the perfect prelude to discovering:

Benoit at the Louvre – a concept by Ducasse Culture– dedicated to great quality eating in world museums and cultural institutions.

The original Benoit dating from 1912 is located between City Hall and Les Halles, revised and corrected with discreet charm by Alain Ducasse. The menu serves excellent traditional rib-sticking dishes such as “Langue de veau Lucullus”, “Nantua sole fillet” and the divine “Benoit profiteroles, chocolate sauce.” Brand Benoit has evolved with addresses in Tokyo and New York. 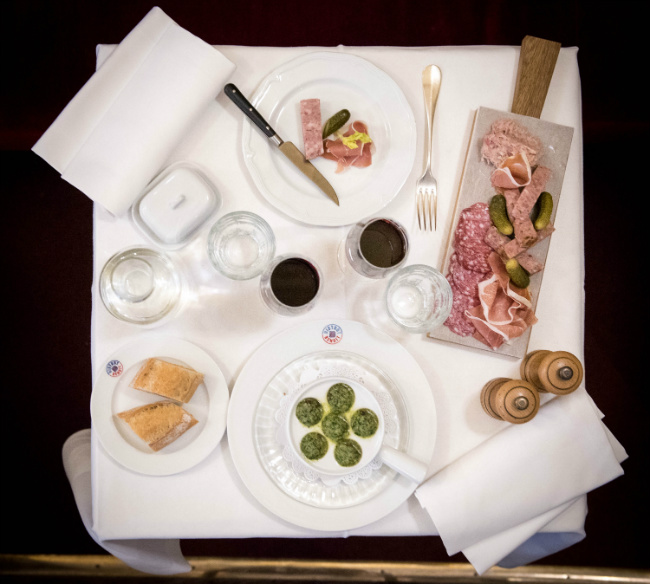 And, Les Ombres, the rooftop restaurant with the best views, Musée de Quai Branly, re-opens soon – with Ducasse at the helm – and an Asiatic style menu. 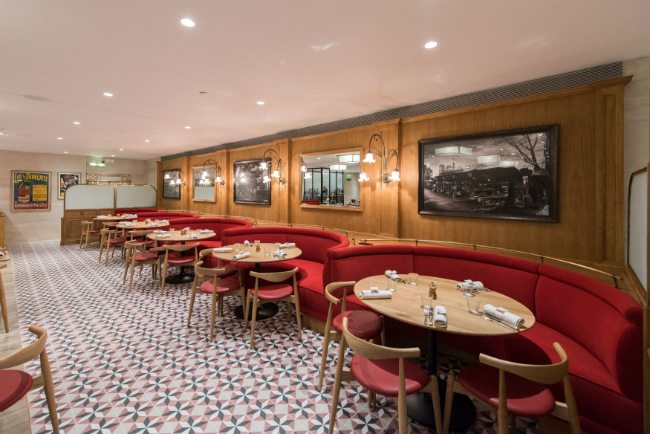 Founded 1686 – more than a century before the French Revolution – this café was frequented by the likes of Molière, Diderot, Voltaire. Each salon is named for one of these illustrious panjandrums of letters. 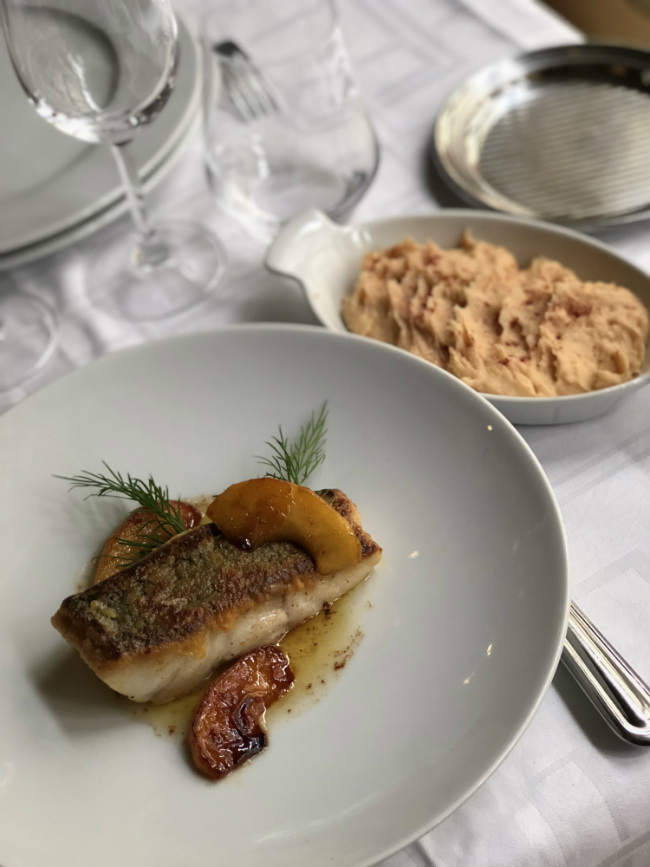 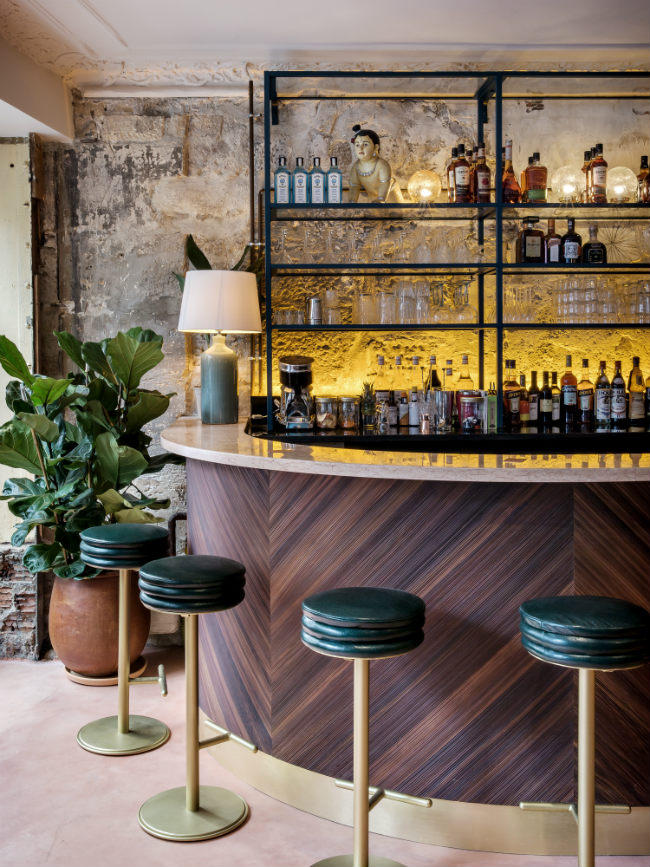 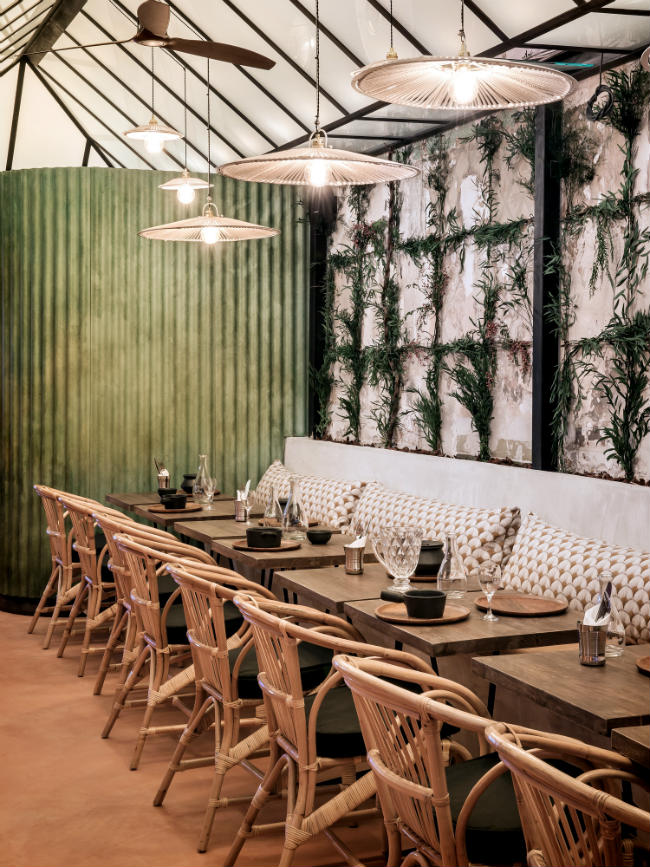 Julia notched her first Michelin star in 2016 at Fables when only 21, and was recently ranked 29th in Atabula’s list of top French chefs/cheffes. 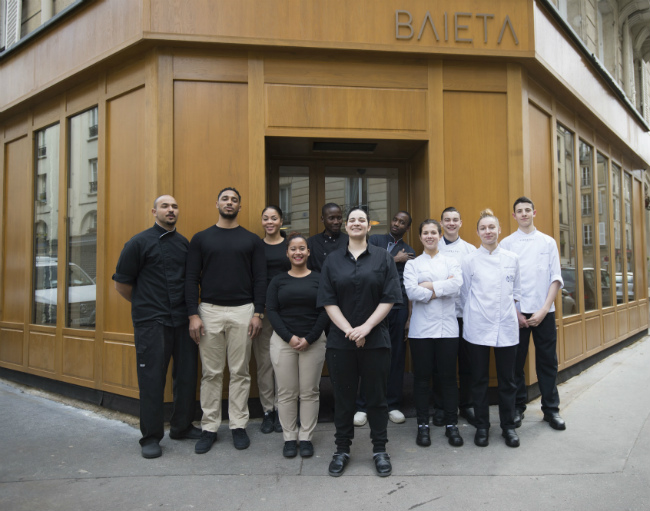 As for the adorable, welcoming and talented Sendra duo, their restaurant was named for their itinerant lifestyle and that is what they’re doing now. “We already have the concept for a future project in our heads – nothing’s totally written as yet”, they say.

“I want Baieta to be a Côte d’Azur vacation without the hassle of traveling”, says “La cheffe” inspired by her time at “Aphrodite”, Nice, with David Faure.

A neat idea whereby, each month, a celebrity chef is invited to create his “box” of tricks.  April’s invité is “nice one” Cyril Lignac. I’m there! 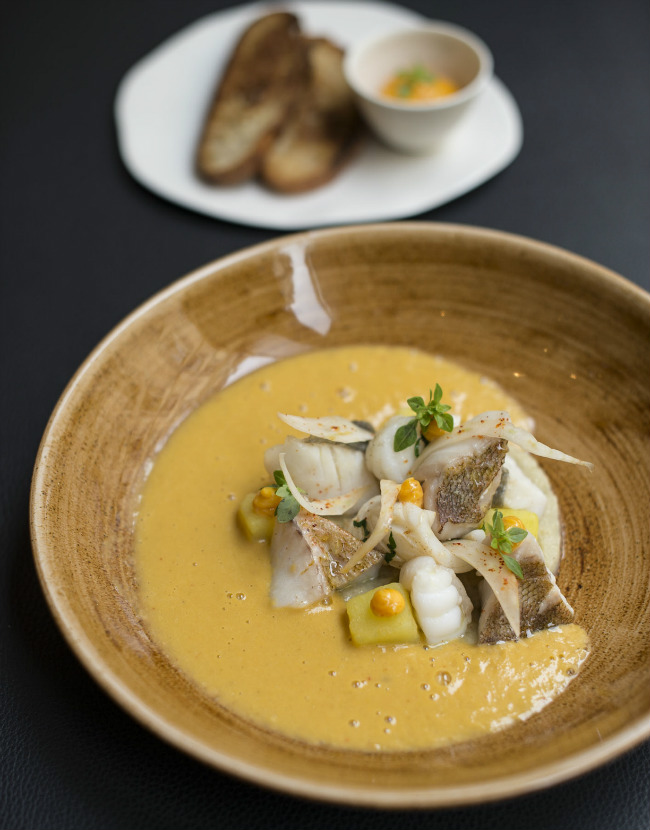 Previous Article What’s on in Paris: Fabulous April Events at the City’s Hotels
Next Article Where to Buy English Books in Paris