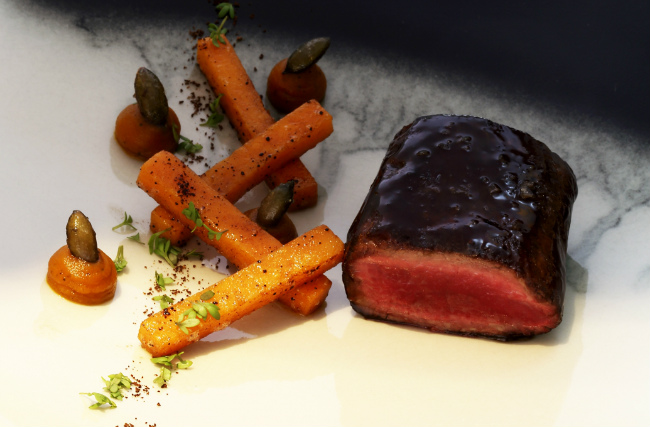 Anne-Sophie Pic is the only French female chef to hold three Michelin stars (her culinary empire is in Valence), and to quote France Today magazine, she “represents the most recent generation of one of France’s most prestigious cooking dynasties.” 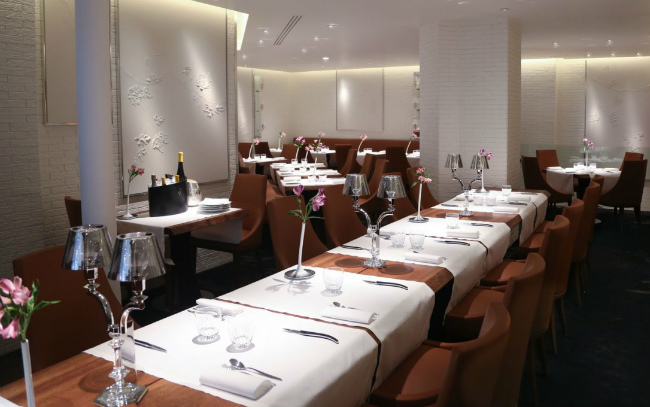 A real treat in Paris is the open kitchen, so you can watch the chefs at work— a mesmerizing show. 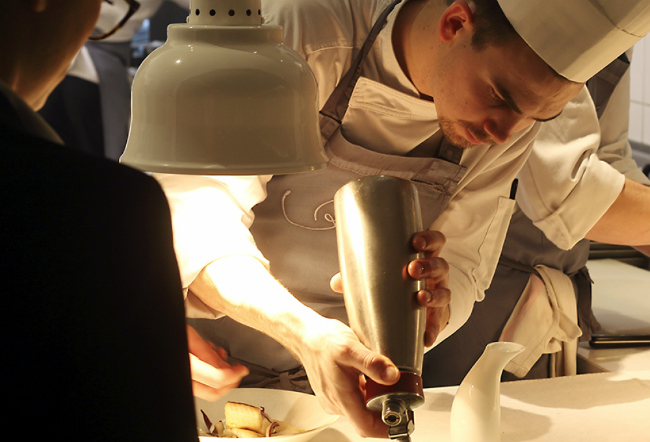 Open 7 days a week for lunch and dinner. During the week, there’s a lunch menu available for 59 euros (entrée-main course-dessert). Or opt for one of the two sublime tasting menus (105 and 135 euros). 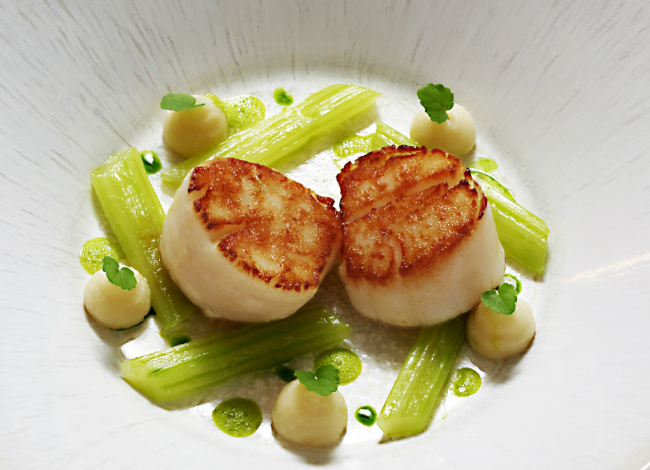