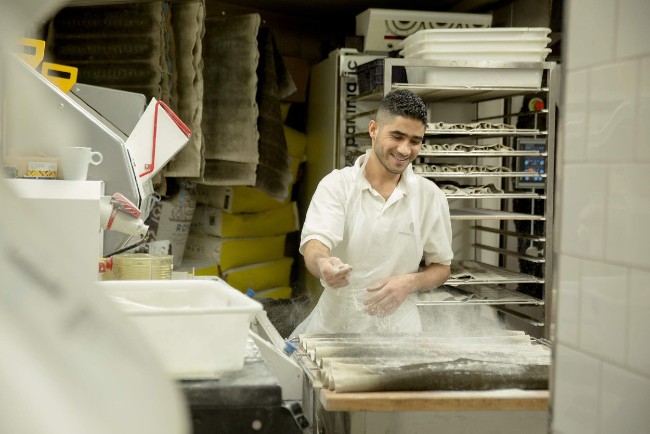 Life is a baguettelle, old chum! Here’s the delicious news of the 27th edition of the artisan competition…

It’s a case of third time lucky for Tunis-born Taieb (aged 26), the head baker at Maison Julien. He kneads daily from 4am at the family-owned traditional address at 13, rue Pierre Demours in the 17th arrondissement.

“It’s great, of course!” Taieb Sahal told Le Parisien that he’s happy and also very moved. “I was not confident that I’d win this award – boy I worked so hard for it!” He shares his joy with the entire MJ bakery team who supported him all the way.

Taieb explains: “When the baguettes came out of the oven in the morning (on the 5th of March) I hesitated over the choice and finally entered the best looking golden baguette.” 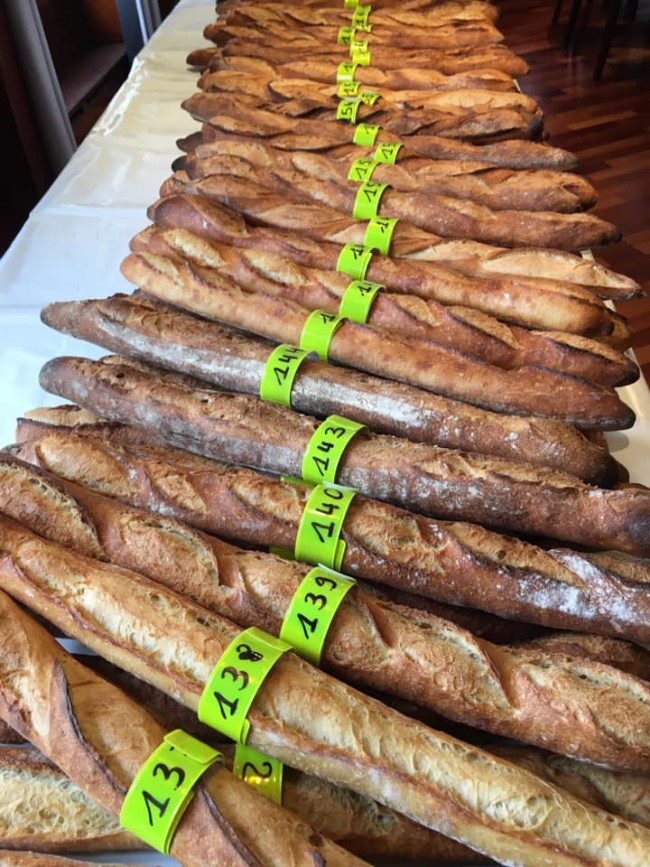 Taieb learned his craft in a bakery and, for the past three years, has been at Maison Julien. Why does he think his baguette won? “I know my baguette tastes delicious! I pay attention to the baking time, the texture and the honeycombing, the better the baguette the bigger the air holes! My flour comes from Moulins de Chars in the Val d’Oise. It’s very good flour!”

With his award, Taieb Sahal wins a €4,000 endowment. He also has the honor, for a year, of being the artisan baker – the official supplier – to the kitchens of Chef Guillaume Gomez at the Palais de l’Elysée. “I don’t know yet how it will work, but it’s part of the joy of entering this competition. It’s a tradition, it’s important! “

Taieb also recommends the exquisite pastries made in-house by his colleagues who have won several prizes at the Ile-de-France Trophée de la Pâtisserie awards. “The pain au chocolat and the apple pies are particularly delicious,” he smiles.

Frequentation at the bakery will definitely increase. Last years’ winner Fabrice Leroy (in the 12th) told Le Parisien that he went from 200 to 1,200 baguettes per day and fielded interview requests from all over Europe… 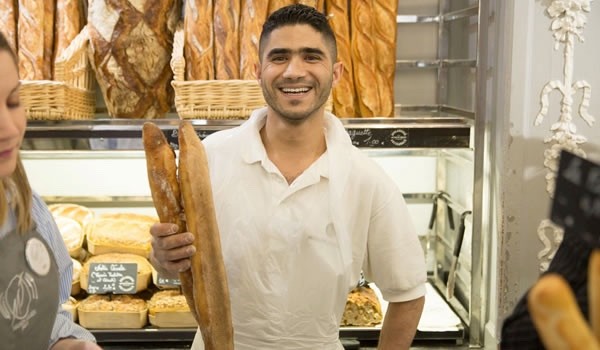 Need to know where’s the dough?