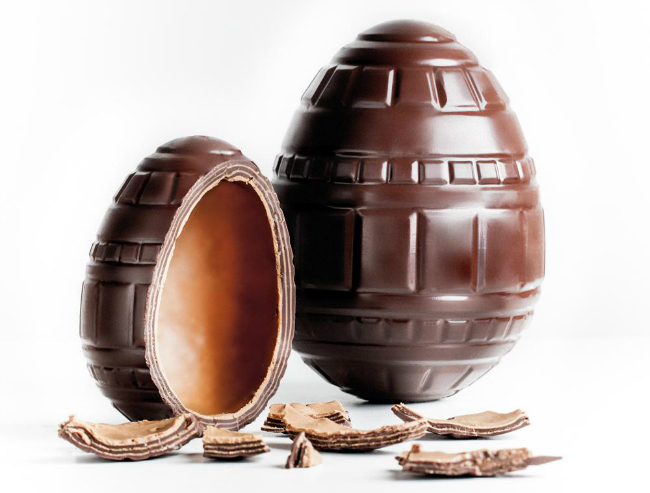 Chocolate was first introduced to France in 1615, as a gift to Louis XIII from his Spanish princess. Once the royal court tasted this delicacy, chocolate fever rapidly spread throughout Paris and France. Chocolate drinks and sweets were high in demand, considered to be an aphrodisiac. In 1659 King Louis XIV appointed the first “chocolatier” David Chaillou, whose shop was conveniently located close to the Louvre.

Little has changed in recent years, as France has become a leader in the gourmet chocolate market. With an impressive and ever growing selection of chocolatiers making a name for themselves, it’s hard to choose a favorite. Being a chocolate connoisseur and taking the time to discover all things cocoa, here is my top 10 list of Paris chocolatiers. Lucky for me, many of them can be found just steps away in the Marais.

Opened by Pierre Cluizel of the famed French family of chocolatiers, this spacious concept shop, tea salon and full-scale restaurant is the place to discover, and savor, all things chocolate. On Sunday they offer a decadent brunch replete with sweet delicacies. You can also try your hand at cooking in one of their gourmet classes.

This sweets and chocolate shop first opened in Lille in 1761, with the cake shop quickly becoming one of the most fashionable places in the city. Having been there, I can attest to its elegance and charm. Meert is known not only for its chocolate, but also for its flat waffle filled with sugar, butter and vanilla from Madagascar, invented by Mr. Meert himself. In 2010 Meert opened its first shop in Paris, in the historic Marais district, and in 2013 expanded to Saint-Germain. 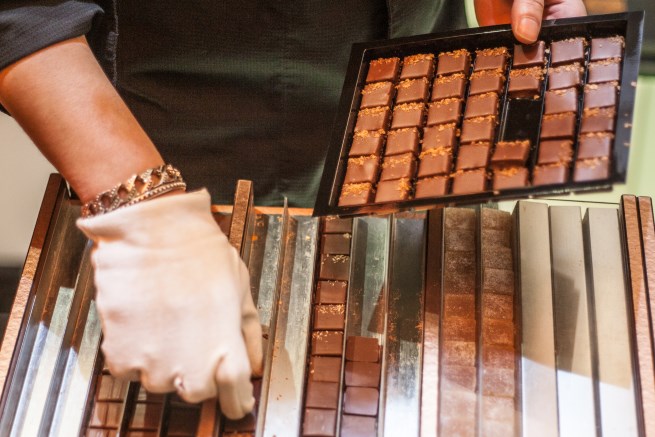 The latest independent chocolatier to arrive on the Paris scene is Edwart, started in October 2014 by two friends with a passion for chocolate. This was evident during a tasting at their Marais shop. Their flavorful assortment of ganache and praliné are derived from around the world, featuring ingredients like oolong, curry, and Tasmanian wild pepper. A unique journey of the senses. 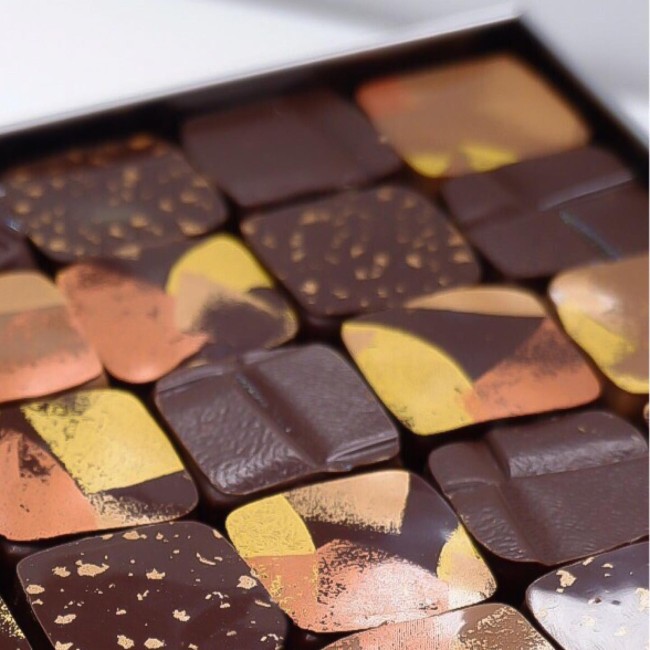 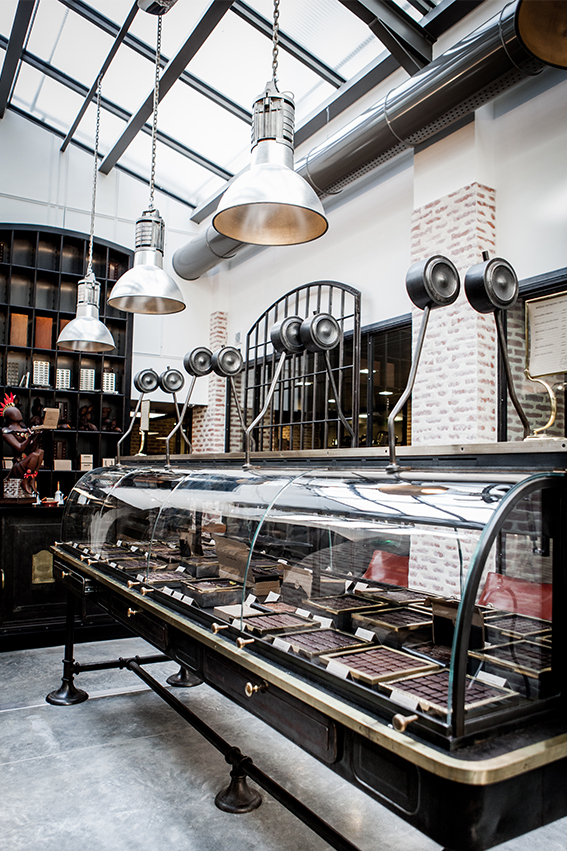 The King of French fine dining is now reigning over a chocolate empire as well, a decades-long dream finally realized. Alain Ducasse’s collection of ganache, praliné and truffle are made from carefully selected cocoa beans. My favorite are the classic “Pralinés “à l’Ancienne”, with varieties of caramelized almonds and hazelnuts, both crunchy and fondant. A salty-sweet slice of heaven is the hazelnut praline stuffed chocolate bar, available in 44 distinct flavors.

Where there are pastries, chocolate often follows. This is the case with Haute Patisserie Hugo & Victor opened in 2010 by two childhood friends Hugues Pouget and Sylvain Blanc. They create what can truly be considered edible art, with both their pastries and chocolates. Their three star flavors- chocolate, praline, and caramel- are available all year round and five others change with the seasons. And the names? “Hugo” is an interpretation of the classics, while “Victor” stands for traditional desserts with a twist. 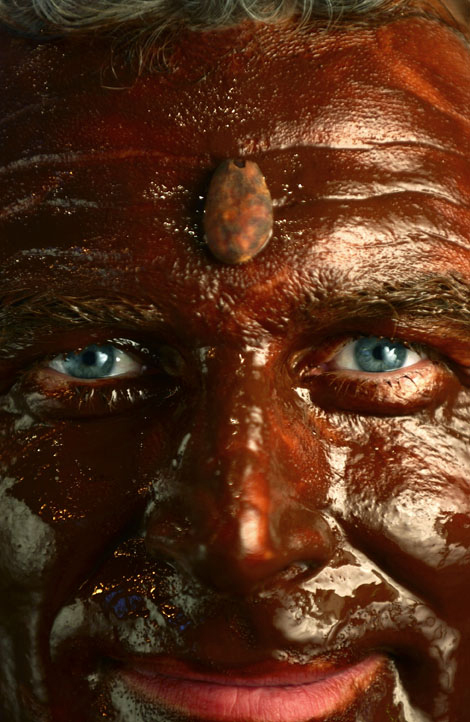 François Pralus talks about cocoa vintages the way many talk about great wines. One of the few in France to manufacture his own chocolate, François selects his beans from South American, Indonesia, and most recently his own plantation in Madagascar, producing 18 pure varieties and four blends. Don’t leave the shop without trying his famous pastry the Praluline, now celebrating over 50 years in the making. 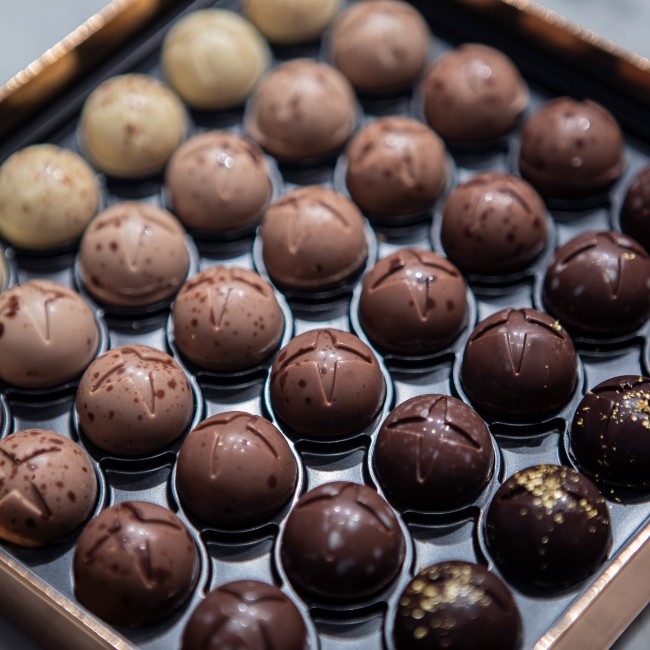 The Belgian chocolatier Pierre Marcolini, named World Champion of Pastry in 1995 has in the last 10 years expanded from Belgium, with shops in London, New York, Toyko, Kuwait and of course Paris. His success is largely due to the unusual flavors in his wide variety of chocolates, including pear, black current, pepper, patchouli, sandalwood and oak. I recommend the Saveurs du Monde tasting box, with an assortment of 75% chocolate from seven regions. 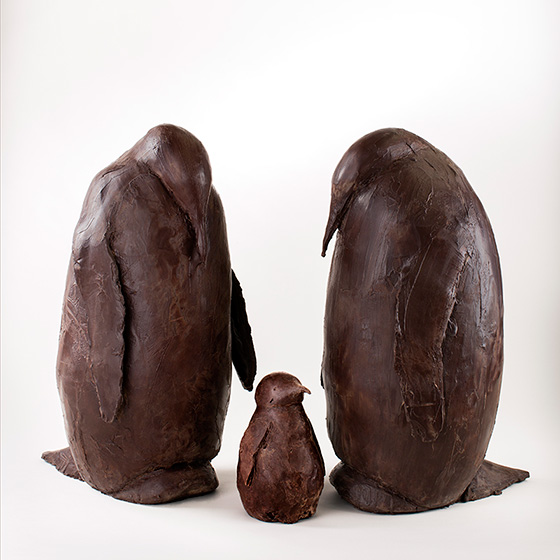 Creating his unique aesthetic using a combination of flavors and textures makes Patrick Roger a true artist at his craft. Sculptures in various forms decorate his shops, some as large as 80 kilos. The wide range of ingredients are sourced internationally, including oranges from Corsica, cocoa beans from Vanuatu and Ecuador, chestnuts from Turin and whisky from Scotland. His praliné chocolate bar is one of my personal favorites. 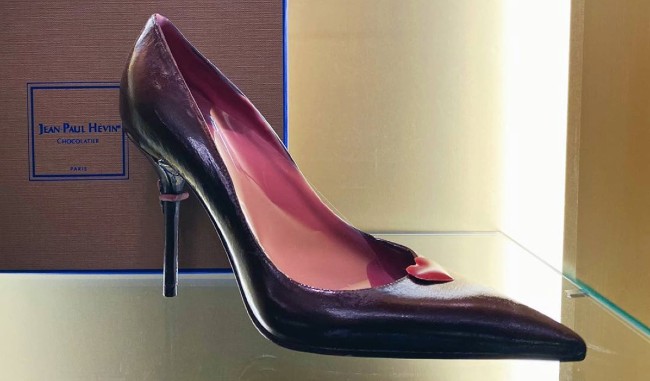 For the true gourmands, there’s Jean-Paul Hévin. His experimental chocolate artistry led him to create cheese-filled chocolate, a unique combination perfectly paired with wine and served as an aperitif. For the more traditional palates, there are over 40 varieties featuring fruit fillings, spices, caramels and liqueurs. A specialty is the “Woman”, green tea and bergamot almond paste ganache, covered in dark chocolate.

More in chocolate, chocolate in Paris