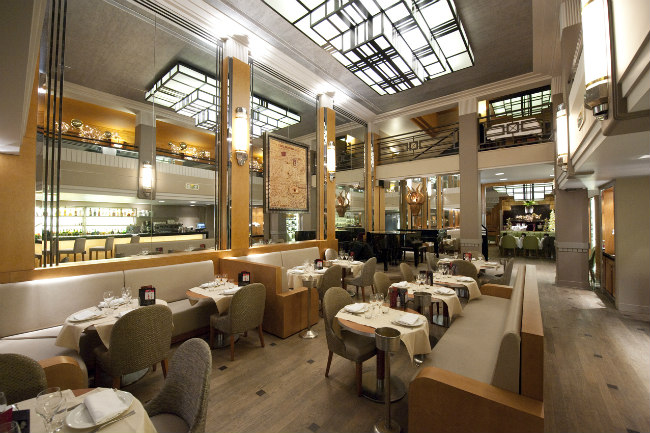 Le Bœuf sur le Toit was a gathering place for artists, writers, musicians, designers and couturiers in the Paris of the Roaring Twenties.

The story begins and is closely linked to that of a band of poets and musicians led by Jean Cocteau and Darius Milhaud who met on Saturday nights at a bar, Le Gaya on rue Duphot in the 8th arrondissement, living it up with exuberant enthusiasm, rejoicing in jazz, booze and Dadaism. In 1921, the bar’s owner Louis Moysès enlisted Jean Wiener, a pianist friend of Milhaud, to play at Gaya for his “Samedistes” (Saturday-nighters) who adored the cramped space. When it became a victim of its meteoric success, Le Gaya had to take its boisterous clientele elsewhere.

They relocated to a new address and Moysès, with the support of Cocteau and Milhaud, called it Le Bœuf sur le Toit after the Brazilian refrain that had recently inspired the two artists’ composition and ballet of the same name.

For nearly 20 years, through the noise, laughter, jazz, dances and cocktail parties, the Bœuf moved five times, always in the 8th arrondissement, before settling, in 1941, at 34, Rue du Colisée, followed bien sûr by its elegant, loyal and trendy retinue including Hemingway, Picasso, Chaplin, Arthur Rubenstein & Co.

The Boeuf’s after-hours stage for musicians who gathered for improvised concerts, gave jazz the expression “faire un bœuf” (“have some beef”), which probably had its origins in invitations extended by Django Reinhardt to his colleagues after concerts: “Shall we have some bœuf?” Depending on the night, it may have been shared with Cocteau trying out the drum set given to him by Coco Chanel, Juliette Greco warbling a selection of her greatest hits, or Charles Trenet and Léo Ferré setting poems to music.

A witness to the Roaring Twenties in all their excess and a glorious home to the lust for life of the inter-war years: in times of feast and famine alike, Le Bœuf sur le Toit remained a convivial temple of avant-garde ideas and a joyful, impertinent haven for triumphant freedom of music and speech.

Le Boeuf Sur Le Toit continues to honor lifestyle and culinary arts. So it’s hardly surprising that Olivier Streiff (ex-Fouquet’s, Paris; La Chevre d’Or, Eze; La Raison Gourmande, Beaulieu) was asked to create an exciting new menu for 2016 in tandem with Le Boeuf’s executive chef Nicolas Jollivet. “An incredible meeting”, say the dynamic duo. “We have been inspired by the music of Nina Simone, Miles Davis, Sidney Bechet, as well as Chopin and Nirvana.” This “Menu Carte Blanche”, priced at 45€, is available until May. 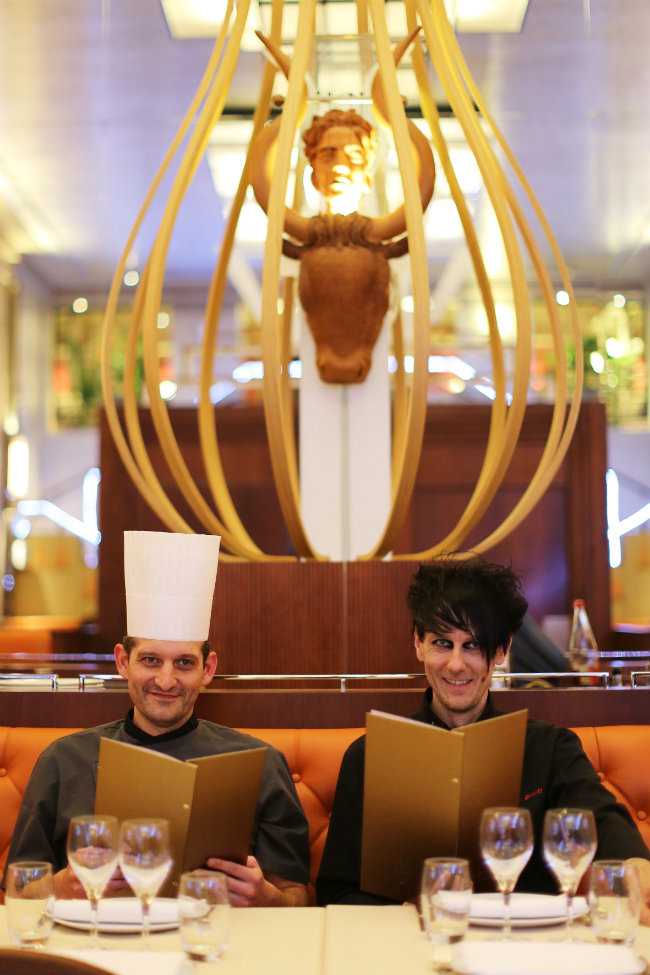