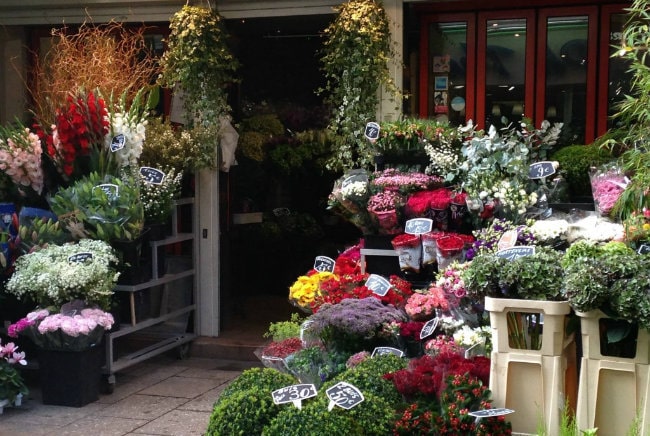 Coming to Paris for the first time? Lucky you!

Sitting in a brasserie on rue de Grenelle, across from my lunch table sat two couples, trying to figure out how to get where– given the time they had left in the day. Their crumpled piece of paper (the list) was getting passed back and forth. It was all go – they were stressed — and miserable.

Spend time being in the places that you want to be most. You’ll find some items are at the top of your list, some are not. As you fill your days and evenings with all the City of Light offers, pace yourselves. Allow some things to fall away. At the end of your trip maybe you’ll fit just one more wonder under your belt. But work out as much of your itinerary as you can before arrival. 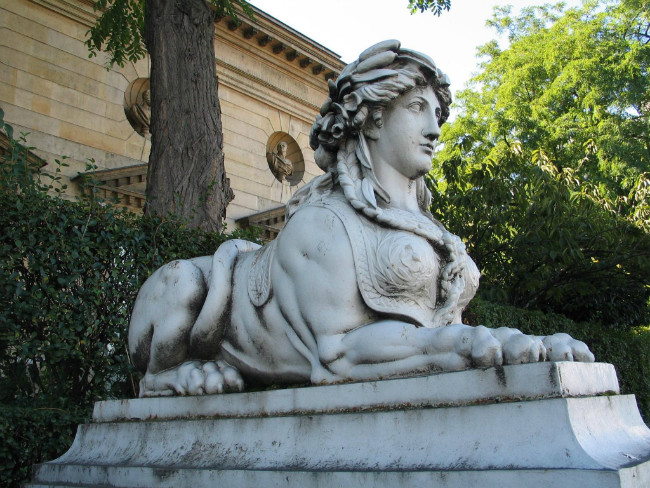 After arrival? Euphoria and stress are all wrapped tidily in the same package, with foreign everything– people, language, habits, systems, sounds, smells — it all hits at the same moment, and can be a lot to assimilate for a first-timer.

Here are some helpful hints — subtle but loud cultural assists to bring you more of what you’re after.

Engage with the culture

The French love conversation. Your first stumbling block may well be language. It does not have to be a deal-breaker. Be willing to not know, to listen, and most of all, to play.  Explore with innocence and you’ll meet the best of the culture. 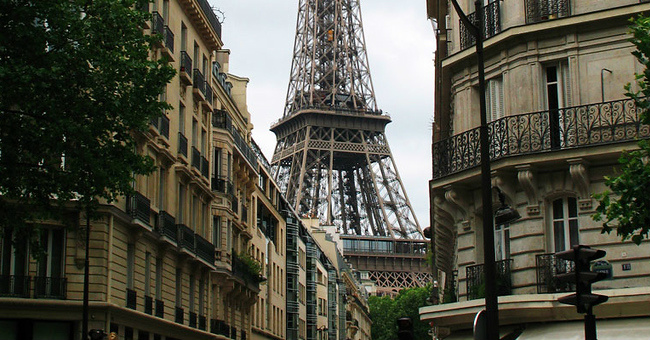 This cannot be overstated. If you have a few basic French words to use, you’ll find doors open by trying. It’s the turnkey.

Whether you have a French phrase book or smartphone translator, learn a few important terms: Please … Thank you … Please, where is the loo … Pardon me, but … Practice them out loud! Entering shops? Greet them with Bonjour, Madame, or Bonjour, Monsieur.

Etiquette is perhaps the backbone of a successful conversation, from a simple s’il vous plaît when asking for directions when you’re lost. Once you wait in line at the grocery store check-out, you’ll well understand engaging in conversation is given top priority. 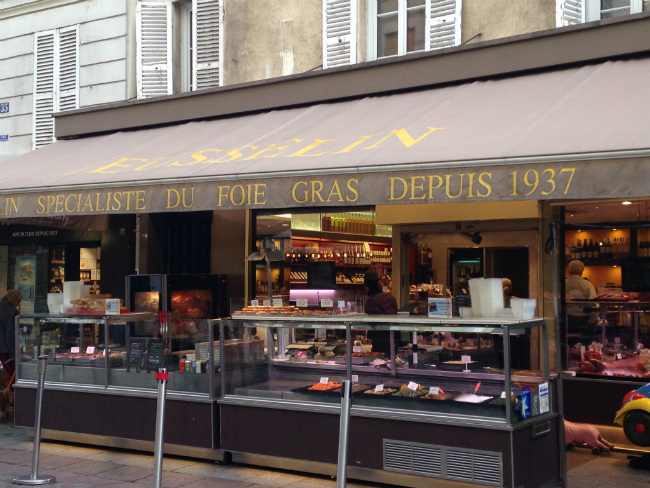 Helping is in the DNA

As a culture, the French feel best when they consider they’ve succeeded in solving a problem.

So, how you ask matters. In general you won’t be judged for what you don’t know. You will be judged for attitude, arrogance, and pretending like they’re the foreigner!

I once watched a woman from New York arrive in the hotel lobby jet lagged, loud, and abrasive. I don’t remember anymore what her issue was, but she had one. She made that clear upon arrival.

He was at the end of his day of troubleshooting with foreigners and guests. In she walked. She was fodder. Imagine the shoe on the other foot, and someone treated you like that? No doubt you’d subversively contain yourself. Actually, I intervened before it got out of control, and translated her request to the reception host.

We became friends — the host and I, that is… 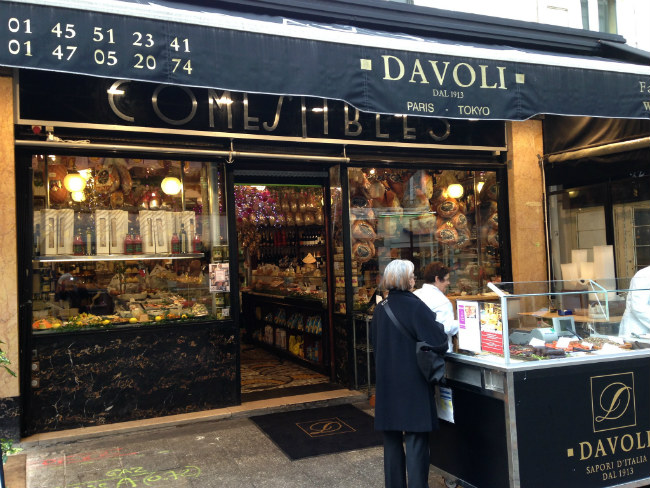 If you’re coming off a long-haul flight, it’s not uncommon to push aside jet lag wanting to get the most out of your arrival and time in Paris. Plan your trip to allow for jet lag at the outset, not deny its existence for the duration of your trip. You’ll come out of it with crystal clear lifetime memories instead of fog.

Everyone else does! There’s a fantastic open air city bus, for example, that offers three different routes around the city. One ticket, one price, hop on and off as you like: www.paris.opentour.com/en/. Consider doing this first upon arrival so you can get the lay of the land. It’ll help you clear your head and set priorities now that you’re on the ground.

Each metro stop has a name (for example, Châtelet). Parisians use this destination to indicate ‘direction’ or location – for where they live, where they’re going, where to meet. Find the metro stop nearest your hotel (hotel websites will tell you this), and remember yours for how-to-get-home whether via cab, metro or otherwise. 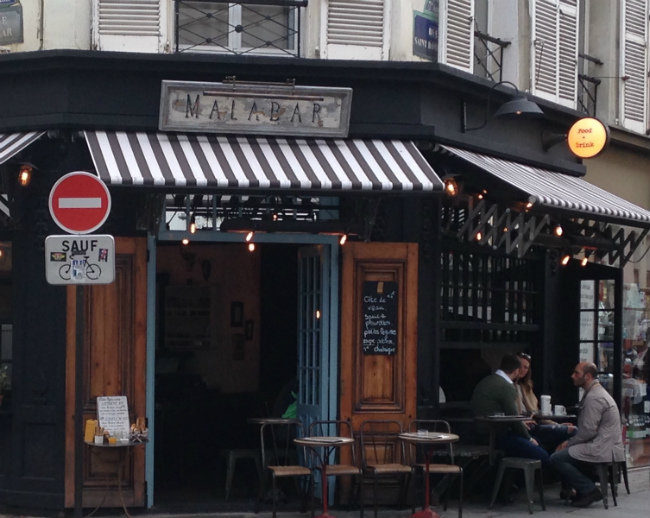 Want a taxi? With Uber it is now a little different, but be assured taxi drivers don’t stop and pick you up randomly off the street. Order a cab at the front desk of your accommodation the night before. Many taxi companies also have apps or online ordering.

Coming through Paris as a first stop on a longer trip abroad? This means you may well be using the gare (train station). The ‘ticker tape’ announcement of train departures and arrivals is on screens and over your head, in the center of each gare. The actual departure quay (voie) is announced only 20 minutes ahead of departure. Be there before that. It could be a long walk down the voie to your actual train car (voiture), so build in time.

Not-so-small fortunes are made off bottled water in France. The waiter will ask ‘would you like water’ but it always means bottled water – gaz or flat! You can circumvent this by ordering when asked, a “carafe d’eau, s’il vous plaît.” It’s tap water, always ready at the bar. Just ask. 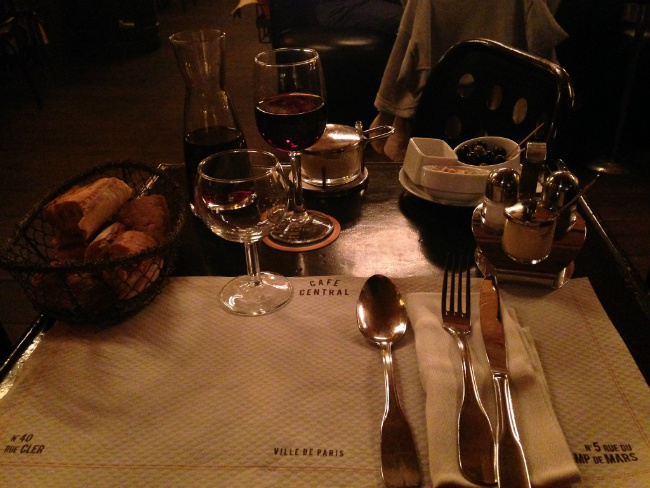 Wine in France is a romantic affair. What you may not realize: nearly all restaurants serve a pichet (pitcher) of house wine that is always great. Le pichet come in 25cl, sometimes 30 cl, and 50 cl volume – all short of a full bottle, and at a much reduced cost. Most restaurants as well feature ‘un pichet de bordeaux’ which the restaurant considers their superior house red. This costs an additional euro or two.

You’ll find at least one deli in your neighborhood, open food stands, and the ubiquitous sandwich at every boulangerie. But a sit-down meal is still pretty much on the clock. Lunches 12-2 pm, dinner 7-10 pm. 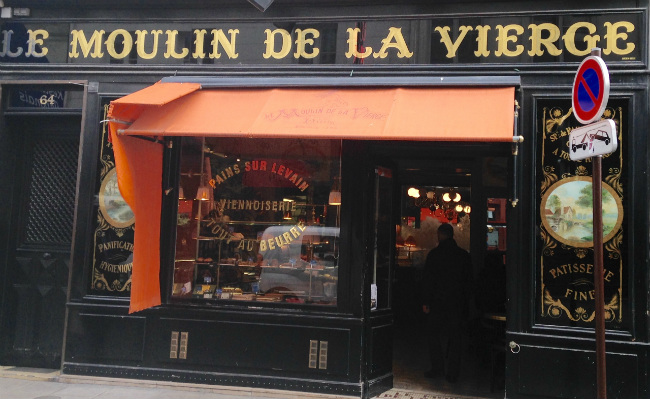 Paris is one of the most expensive cities to enjoy, so consider your options if you’re coming in for a week or longer. From hotels to chambres d’hôtes (BnBs) and gîtes (fully-equipped apartment/home rentals), your budget can be met comfortably.

Though upscale 3/4-Star hotels are everywhere, so are the reliable 2-Star, frequently family-run hotels. There are favorites to find in every arrondissement. Always clean, tucked away on great local streets, they are proudly run, very comfortable, and home to French travelers themselves.

Enjoy Paris! Who knows… you may just fall in love all over again! 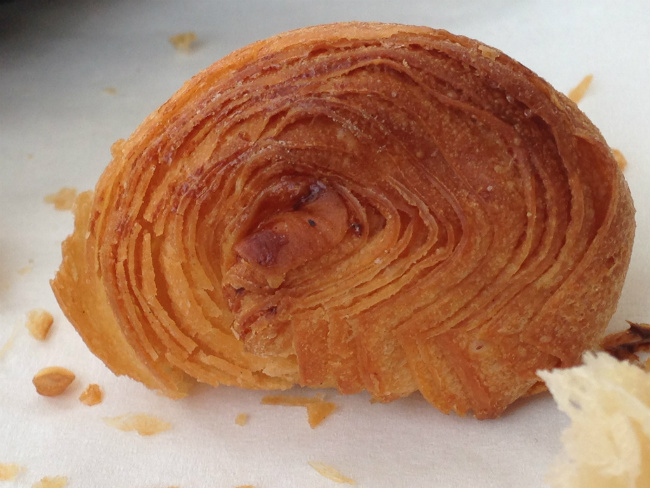 Ani is a France tour guide, creating French itineraries for travelers, and she also works as a Roving Reporter for all things French. She divides her time between Normandy and the Pacific Northwest (USA). You can find all her services at http://www.lightoffrancetours.com.