Bringing Back the Literary Salon to Paris 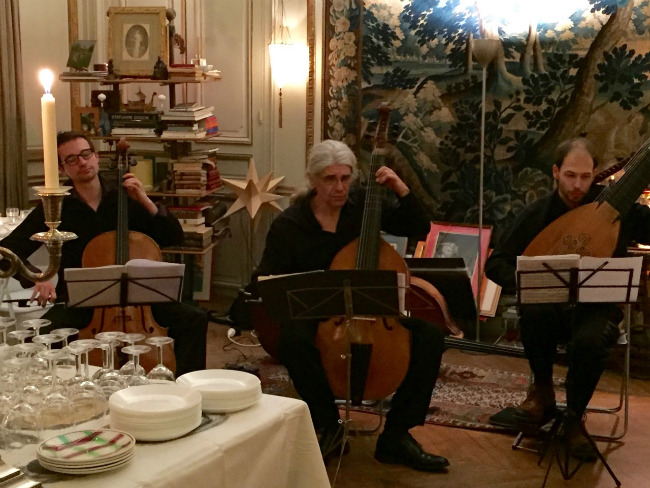 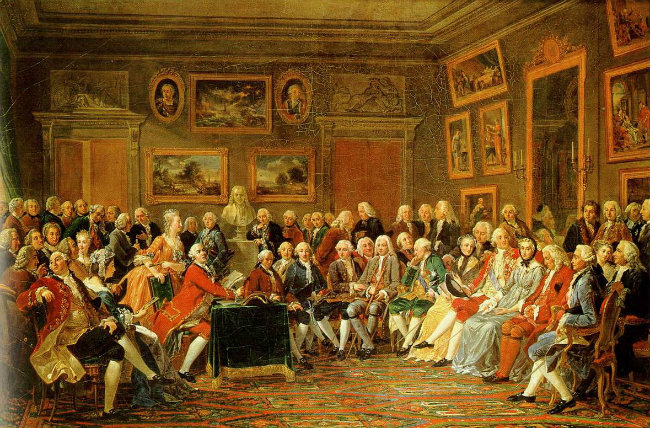 The salon was invented by the Italians in the 16th century and it was quickly adopted by the French where the salons flourished through the 17th and 18th centuries. Throughout the 17th century, the salon was often held in the bedroom of the hostess where she would be reclining on her bed while those in attendance sat in chairs or on stools. In general, the concept for a salon is that it is a gathering of people for the exchange of ideas, art and literature. These gatherings continued up until the 1940s, most notably with those hosted by Gertrude Stein. 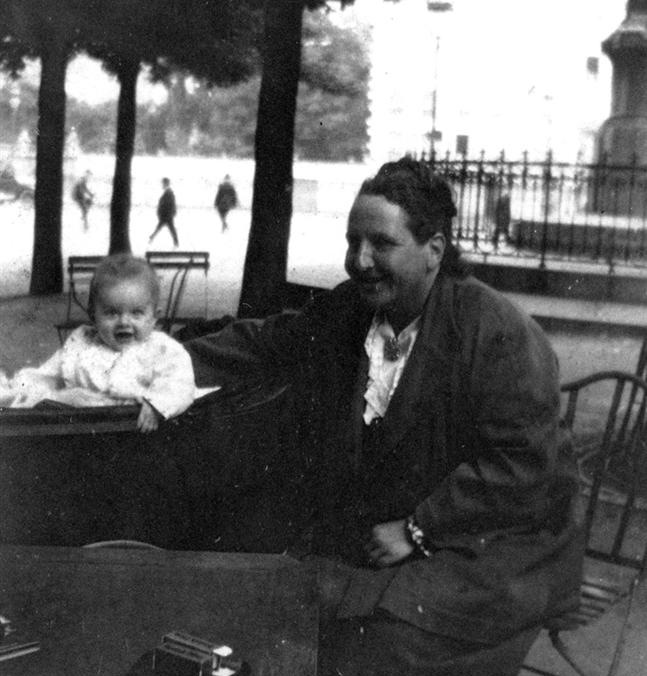 As we enter the 21st century, the Café de la Culture and BonAppetour joined to provide a modern day salon hosted by Florence in her beautiful home in the 8th arrondissement of Paris.

The Café de la Culture is an international venue for the unique and diverse population of artists, thinkers and visionaries of Paris. Their goal is to create meeting places for the bohemian, cultural, scientific, philosophical and literary communities of Paris. In brief, they are creating the modern day salon.

BonAppetour is a worldwide dining experience where travelers are hosted by locals in their homes. BonAppetour connects the hosts and guests, confirms the dates and arranges for dining preferences and payment. This is one of the newest concepts for an authentic home-cooked meal in a private setting. 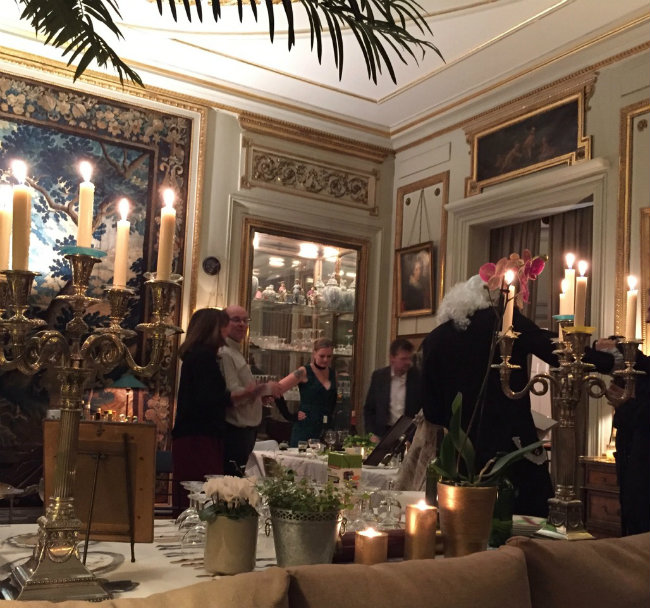 The 21st century salon in Paris/ by Loui Franke

The result of their collaboration was a modern day salon transporting the guests to the 18th century through music, candlelight and period costumed actors mingling with the guests.

Florence’s beautifully appointed, candlelit apartment set the stage with its paintings, hanging tapestries and a fire crackling in the grand fireplace of her salon. The musical group, Tactus, played works by Frescobaldi, Kapsberger, Gabrielle, Bach and Vivaldi. The ensemble Tactus is a trio known for their Baroque concerts which are performed by Julien Roussel, violoncelliste, Jérôme Chaboseau, gambiste, and Joan-Michael McLean, théorbiste.

As the evening progressed Mauricio Romero played the bass while Jérôme Decourcelles recited poetry. Edith de Belleville enchanted us with her discussion on the literary salons of the 18th century and the mythical concept of the “Parisian Woman.” Edith offers tours in French, English and Spanish focusing on history and French culture.

While hors d’oeuvres were being served, Florence was busy in the kitchen preparing our meal from only fresh, organic, seasonal products.

To make the evening even more authentic, we had Voltaire, Jean-Jacques Rousseau and Emilie du Châtelet* in their magnificent wigs and attire to entertain us and authentically bring the Belle Epoque to life.

[*Emile du Châtelet was a famed mathematician, physicist, and author during the Age of Enlightenment- and also Voltaire’s lover.] 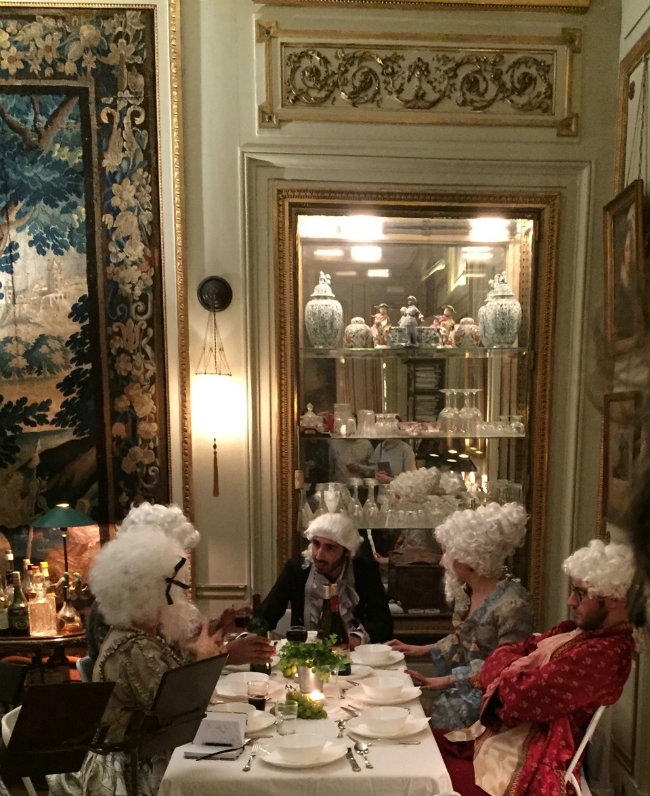