Indian fashion designer Rahul Mishra, who is based in Delhi, gave Parisians something to talk about when he showed his Spring-Summer 2019 collection at Paris Fashion Week. Mishra has been on the rise since 2014, when he won the prestigious Woolmark Prize at Milan Fashion Week in 2014 (he was the first Indian to ever take the prize).

Held at the Mona Bismark America Center near Trocadéro, the balmy salon where the show kicked off started late, but it did not disappoint. Disco music played during the show, as models strutted their stuff. 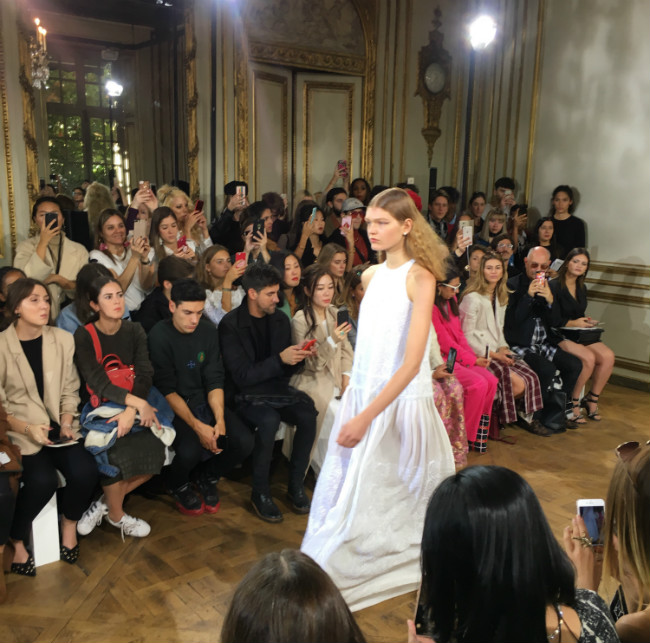 Hair stylings appeared to be a grungy, wet and greasy-looking style, which worked well for the clothes, given their casual, wearable look. Thick Cleopatra-like black eyeliner framed the eyes of most models. Big key earrings dangled from their ears.

One model, in particular, stood out, and the increase in camera flashes as she walked through the salon confirmed this. An offbeat model with tattoos up and down her arms and neck marched through the room, wearing a few different outfits, and catching the eyes of onlookers. Fortune – and fashion – favors the bold, the different, and certainly, the eye-catching. 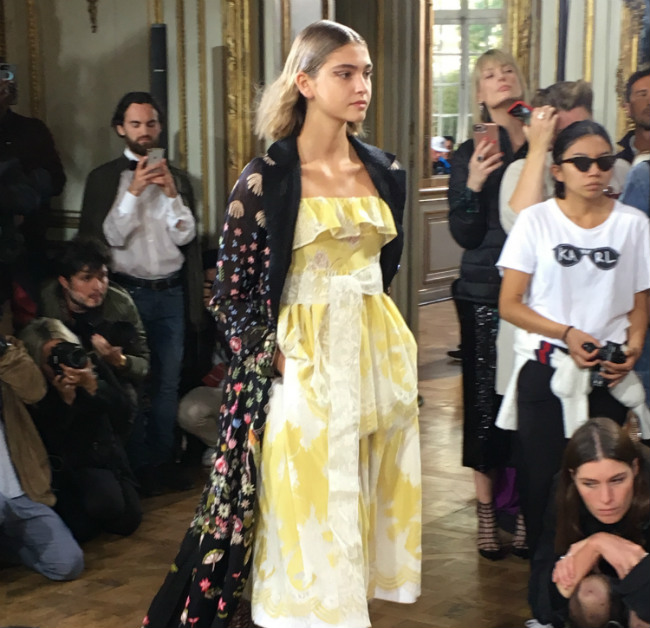 The models looked like forest nymphs, and positively fairy-esque in some of the flouncy, flowing, flowery dresses, which were as beautiful as they were light and ethereal.

Of his inspiration, Mishra said of the collection (typed on a heavy program placed on each seat): “The textile development for the collection has its own narrative that emerges from the collection’s theme. The fine cotton and Jamdani were woven in West Bengal. The Maheshwari textiles in this collection with their blue and white checks are an ode to the memory of the village and also my growth as a designer working with weavers.” 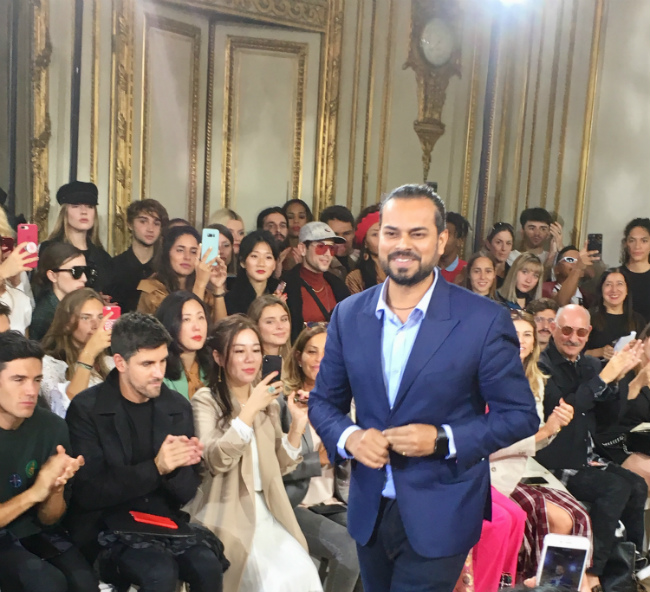 Mishra came down a bit of the runway at the end of the show, and gave a shy, yet self-satisfied wave to the crowds. It’s safe to say we’ll be seeing more from him for years to come. 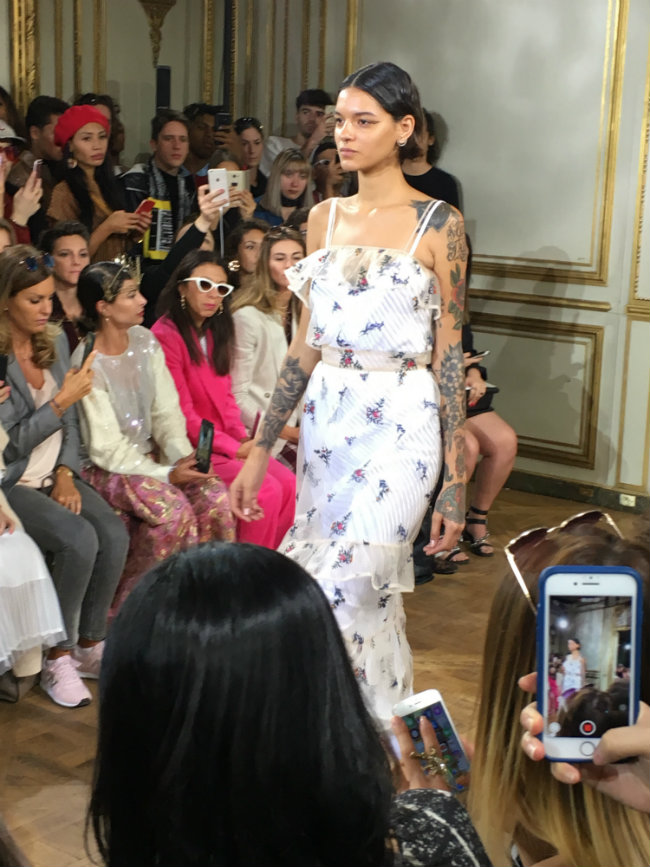