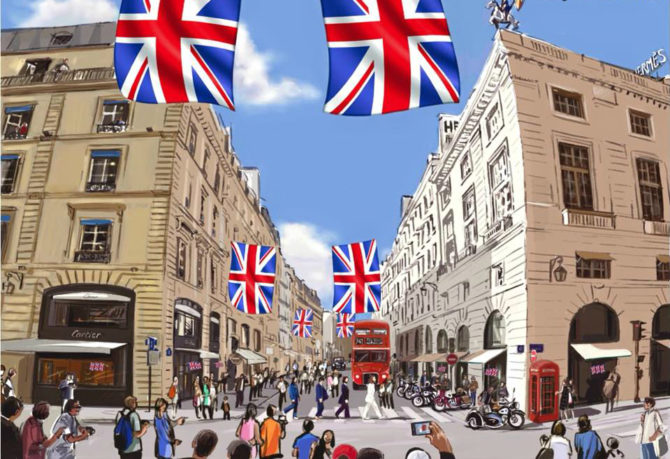 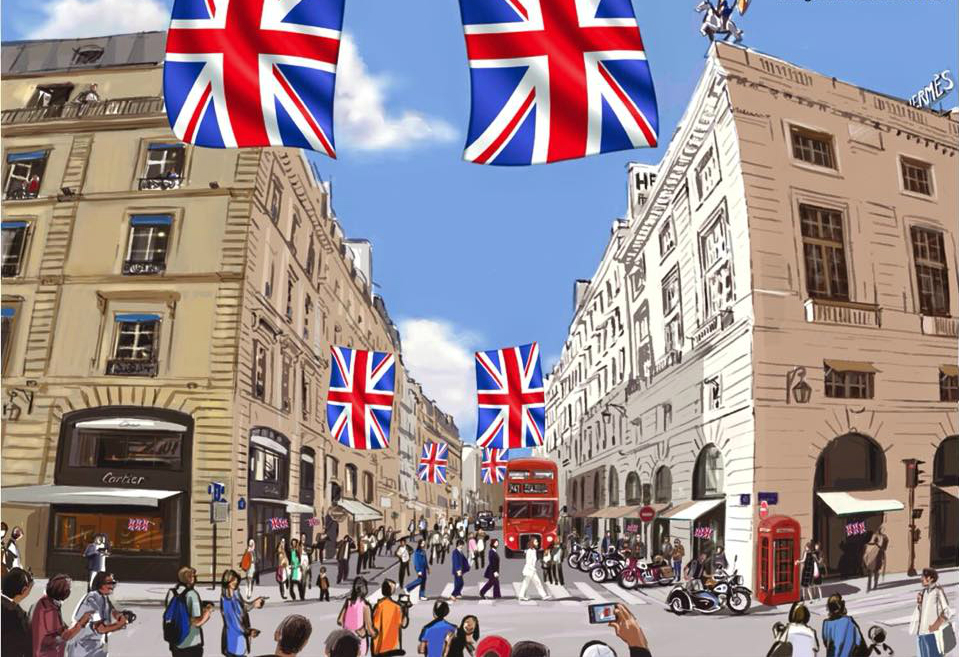 The prestigious Comité du Faubourg Saint-Honoré presents “Summer Time 2015” as the fab street, and all its luxury boutiques, are decorated with a London vibe to mark their twinning with London’s Bond Street.

The theme is “Swinging London”, the Union Jack is hoisted and exceptionally, the Faubourg, the artery of Parisian extreme luxury, will be closed to traffic, allowing passers-by to stroll, shop, window-gaze or go green, testing their skills on the temporary golf course running for two kilometers, the holes hidden in some of the street’s boutiques! 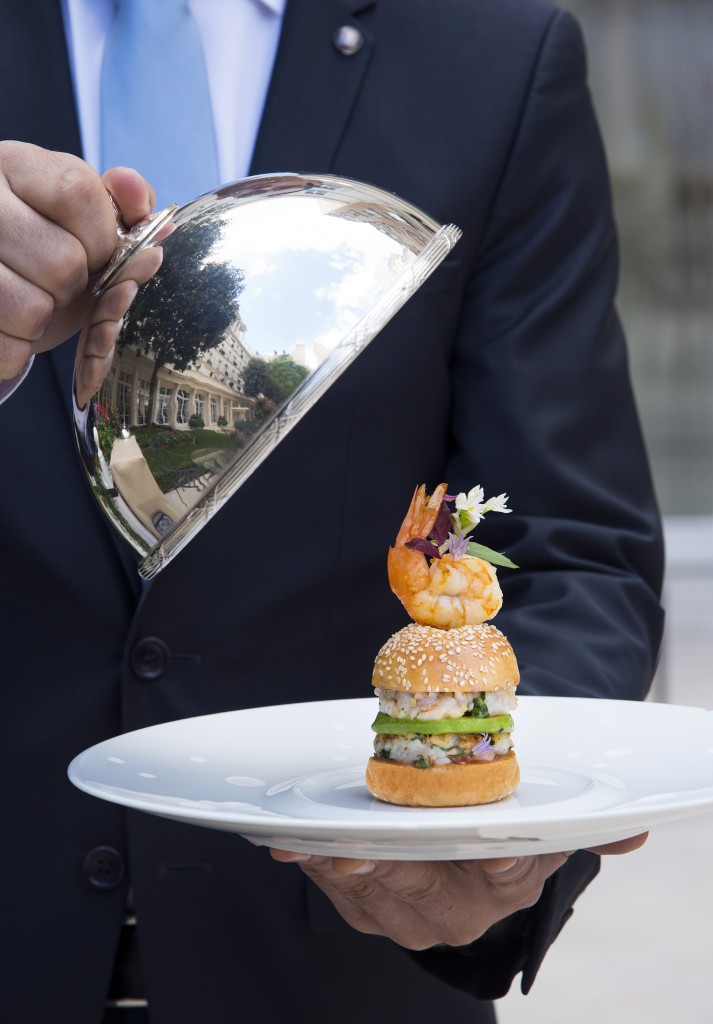 The Bristol Hotel’s ephemeral terrace is located at the angle of Avenue Matignon and rue du Faubourg Saint-Honore. And, if you always dreamed of a meal at Le Bristol’s Epicure restaurant cooked by 3-star Michelin chef Eric Frechon, tonight’s your chance, and you won’t have to mortgage the château !

The chef has created the “Bristol Burger by Frechon” which he is cooking on the terrace. Not beef, but a triple-layer sesame bun stuffed with plump gambas, drizzled with ketchup, spices, ginger, coriander, to eat on the terrace or take away. And chef pâtissier Laurent Jeanin will be serving “Le Summer Scoop”– the very English style traditional custard cream biscuit dessert, for one night only! First come, first served. 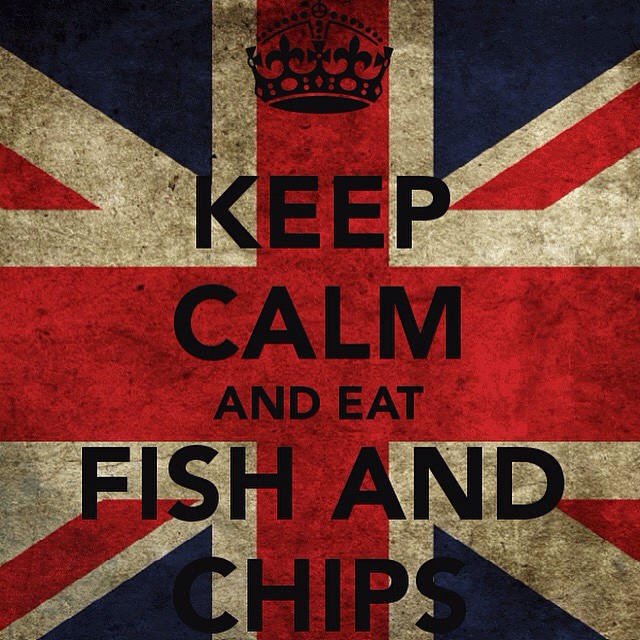 Previous Article Epicureans, Rejoice! The Dazzling Gourmet Hall at Galeries Lafayette
Next Article On Poetry and Paris: An Interview with Author Cecilia Woloch