The Irony of Paul Klee Takes Over Paris

“I am God,” Paul Klee claimed at the age of twenty-two. Shortly afterwards, he wrote to his fiancée that he could now content himself with “that beautiful thing: self-irony.” The exhibition Paul Klee, Irony at Work at the Centre Pompidou Paris is the first of its kind to approach Klee’s entire career under the light of his ongoing dialogue with the Romantic concept of irony.

His work permanently shuttles between satire and the affirmation of the absolute or divine. He played with opposites, as in the ‘marionettes’ he created during the Great War, a contrast of human and machine  – as if to stress the irreplaceable worth of a single spark of life at a time of systemic inhumanity.

Belying his status as one of the most iconic artists of the 20th century, Swiss-German artist Paul Klee path into irony stemmed from an intense disappointment. On a trip to Italy after completing his studies in Munich, he wrote “I have now reached the point where I can look over the great art of antiquity and its Renaissance. But, for myself, I cannot find any artistic connection with our own times. And to want to create something outside of one’s own age strikes me as suspect. Great perplexity. This is why I am again all on the side of satire.” 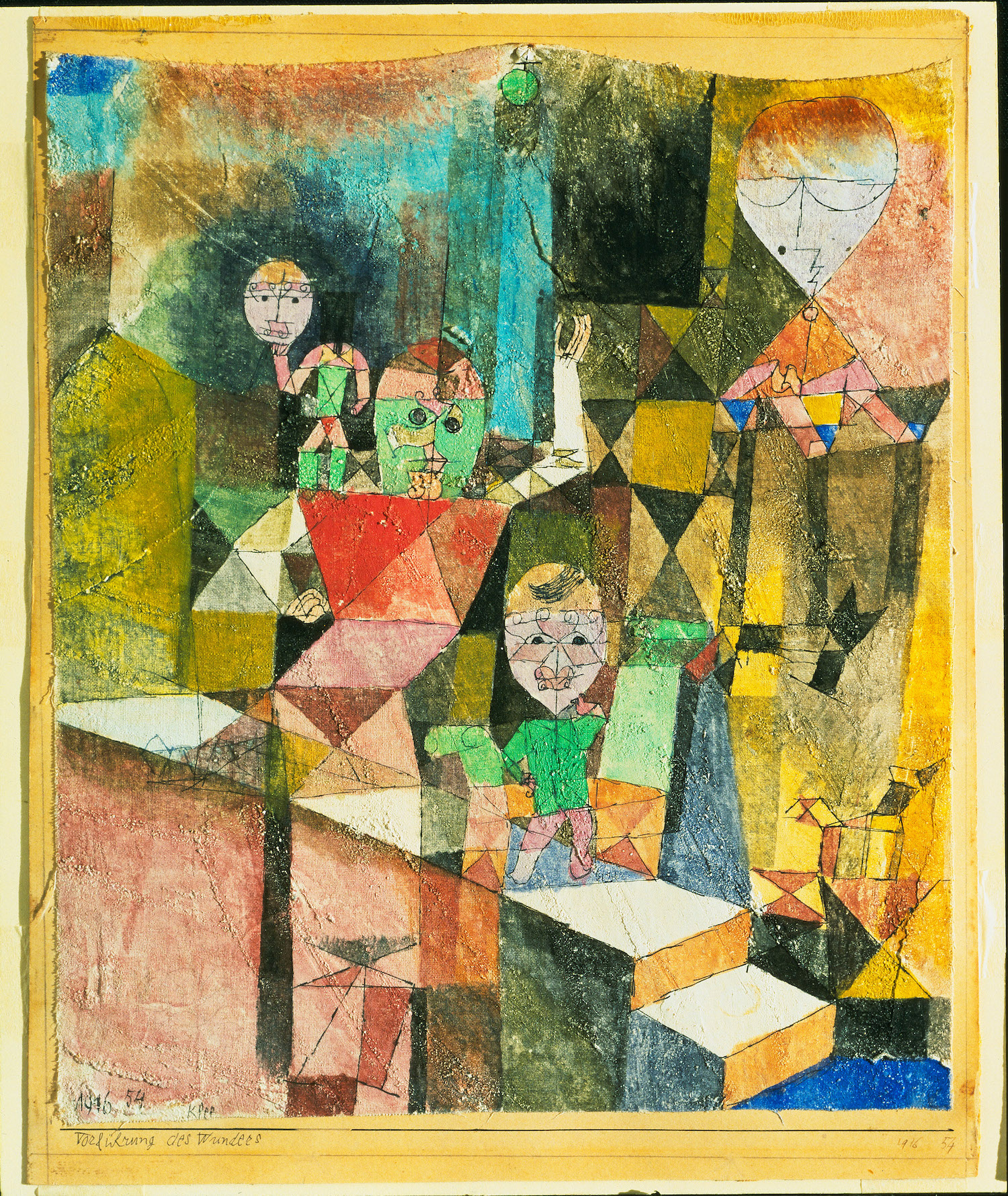 The exhibition is organised into seven themes following each stage in the development of Klee’s art: “Satirical beginnings”; “Klee and Cubism”; “Mechanical theatre” (in line with Dada and Surrealism); “Klee and Constructivism”(the Bauhaus years); “Looking back” (the 30s); “Klee and Picasso”(Klee’s reaction to the Picasso retrospective in Zurich in 1932); and “The crisis years” (shaped by war, Nazi policies and declining health).

Irony allowed Klee to even put his own mortality in perspective. Shortly before he died – as if mocking the debilitating illness that would ultimately claim his life – he drew himself as two little men with childlike features. He turned his dire situation on its head, infusing it with humanity, applying his parodic wide-angle view to the entire arc of the human story.

Previous Article Paris Shopping: The New Design Boutique at the Centre Pompidou
Next Article What’s the Best Croissant in Paris? We Polled Some Expats…