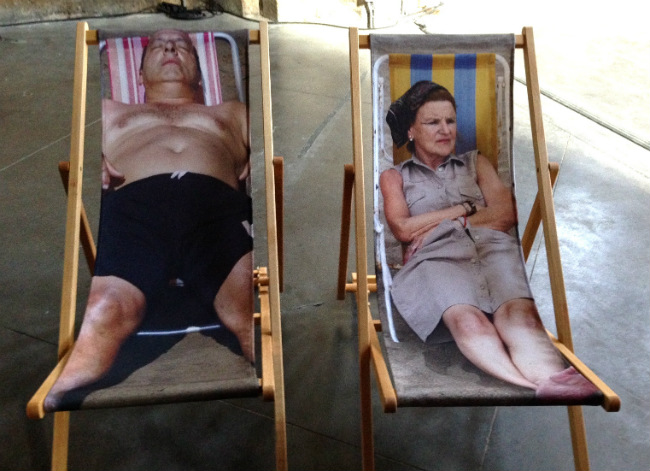 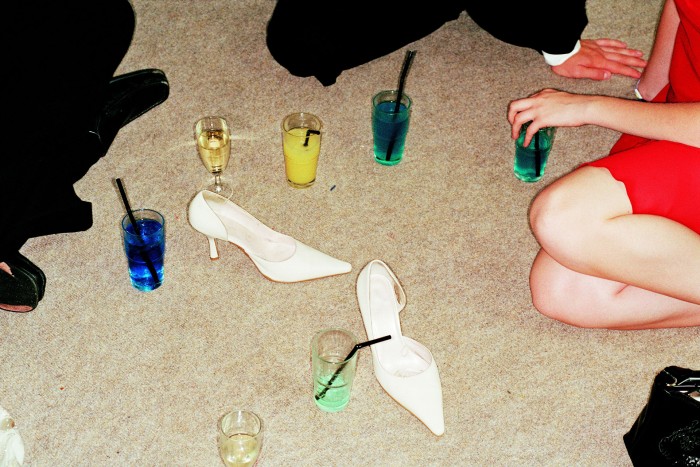 Paris roots are strong in this year’s Les Rencontres d’Arles photography festival. The Maison Européenne de la Photographie—the Paris center of photography—mounted a stunning show of 20th century photographs from its collection. Several of the featured artists are Paris based or represented by Paris galleries, including some of my favorites— Thierry Bouët, musician Matthieu Chedid (“M”) who teamed up with Martin Parr, and Discovery Award nominee Omar Victor Diop.

If you can’t make the trip to Arles, Paris offers significant photographic inspiration. But a visit to the Rencontres is just a train ride away . . . and well worth the journey.

Running through September 20, 2015, the Rencontres d’Arles is in its 46th year. After attending the celebratory opening week, I took away a powerful message. Photography is alive and well. It inspires, provokes, uncovers, educates, transports, elicits emotion, and takes risks—all to involve the artist and the viewer in a lively dialogue.

A festival such as the Rencontres serves as a cultural incubator and an inspiration for artistic exchange throughout the summer. This year’s director, Sam Stourdzé, opened a new chapter for the festival and showed in grand style his commitment to a festival that “constantly reaffirms its freedom.” 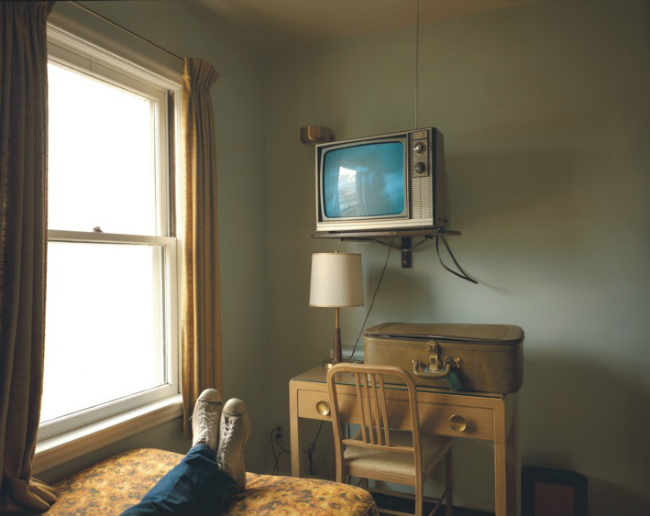 The 35 exhibits, including more that 250 artists, cover the dynamic range of photography’s reach:

All the exhibitions are worthy of thoughtful viewing, but here are my choices for top five. 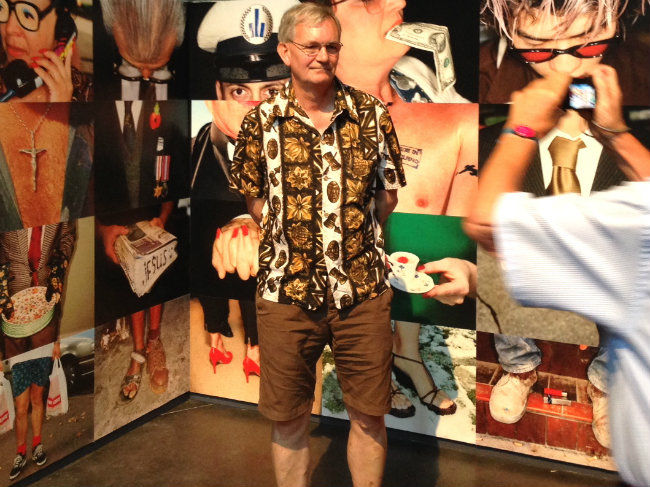 Martin Parr at his Rencontres d’Arles exhibit, by Meredith Mullins

British photographer Martin Parr almost always makes us smile—at ourselves and the humanness and humor in the everyday ironies of life. His love of decaying British seaside resorts comes through loud and clear, but he studies other themes as well in slideshows presented in each chapel of the Frères Prêcheurs church—including animals, hats, busyness/complexity, text, and cameras.

The Martin Parr beach chairs at his Rencontres d’Arles exhibit, by Meredith Mullins

French rock star Matthieu Chedid (known as “M”) collaborated with Parr to create music that enhances the strangeness of Parr’s view of the world (9 soundtracks). The result is a mesmerizing installation, where you sit on Parr-designed beach chairs and lose yourself in a world of sight and sound.

Two Italian Magnum photographers explore today’s Congo. (We don’t know whose photos are whose; this is a collaborative presentation.) The result is a powerful exhibit that is as much about painting with light as it is about using the mystery of shadow. 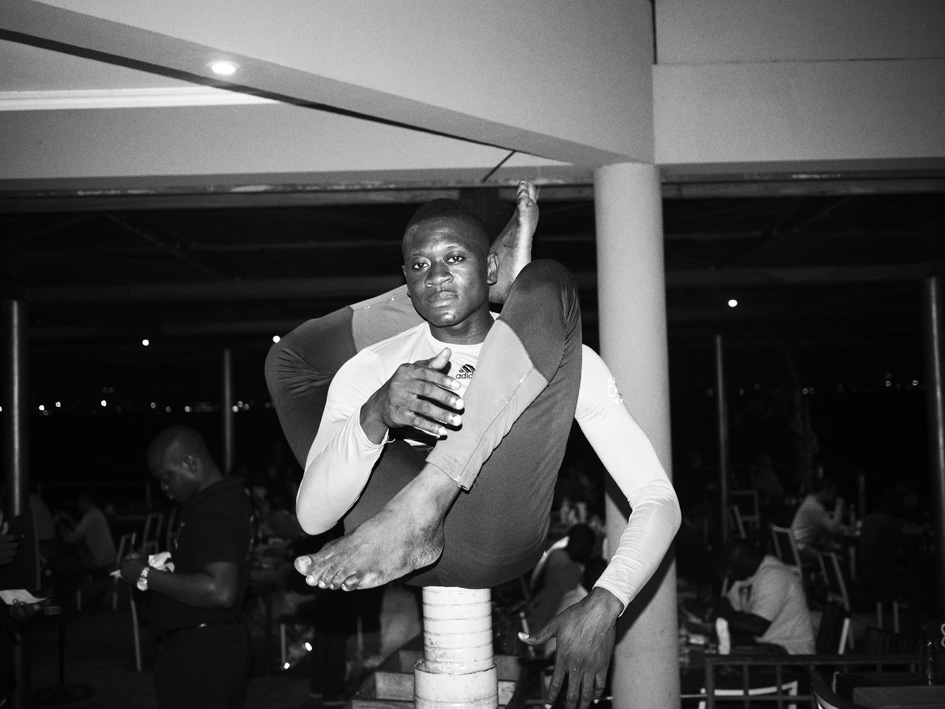 As Congolese writer Alain Mabanckou says of the work, “They resisted the temptation to exaggerate. Thus, they avoided common misconceptions.” They gained the trust of the locals and became part of the rhythms of the land.

At the Magasin Électrique in the Parc des Ateliers. Exhibit closes 20 September.

With this lineup of photographers, the exhibit can’t help but be a blockbuster, worth hours of careful viewing of these vintage prints. It’s made even more interesting with innovative installation, including a surprising integration of Cartier-Bresson and Martin Parr work. Who would have thought? But it works. Both are astute observers of human nature.

We can only hope that MEP might replicate this outstanding show at the Paris museum.

The book produced in conjunction with the exhibit and in collaboration with Actes Sud just might be THE book to have in your library to confirm the art and power of photography.

Paris photographer Thierry Bouët loves the oddities of what people choose to sell on Le Bon Coin (similar to eBay and Craigslist).

So, he began a project to meet the sellers and photograph the items for sale in a way that told the story of both the personality of the seller and the raison d’être of the item.

The result is a look into the ordinary things of everyday life that make the best human theatre.

At the Grande Halle in the Parc des Ateliers. Exhibit closes 20 September. 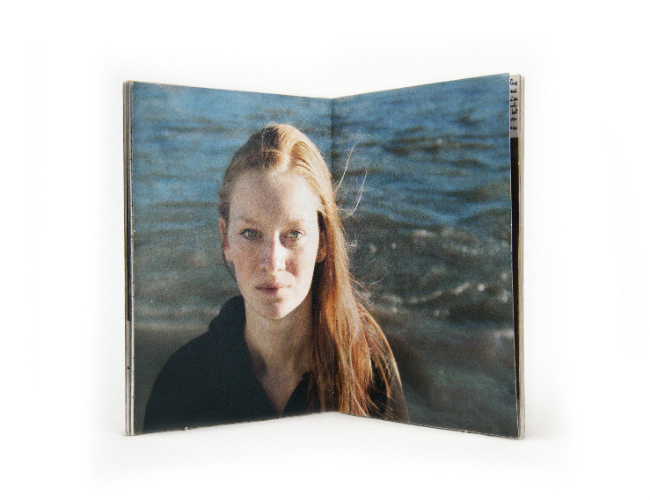 Ten “emerging” talents are nominated by noted influencers in contemporary photography (curators, directors of institutions, festival directors etc.). And thanks to new guidelines by Rencontres Director Stourdzé, this year half the nominees are men and half are women.

As Stourdzé also mentions, “All are winners, even though only one is awarded a monetary prize.” This exhibit has served as a springboard in the past for many talented artists, and, with more than 100,000 visitors to the festival, these 10 deserving photographers will be well studied.

The photographers address subjects as diverse as coming of age, personal journaling, the “unholy alliance” between technology and the military, beards (complete with a live barber—performance art at its most practical), social issues in the Ukraine, the flora and fauna of the world, African history, and volcanos.

The Discovery Award winner was Pauline Fargue, a deserving winner for her innovative use of words and photographs in a book/journal format.

However, also deserving of recognition (and my vote) was Omar Victor Diop. For his project “Diaspora,” he selected influential men from African history, almost all of whom were born into or sold into slavery. He researched paintings of these men and then recreated the painting in his photograph by transforming himself into the historical figure. 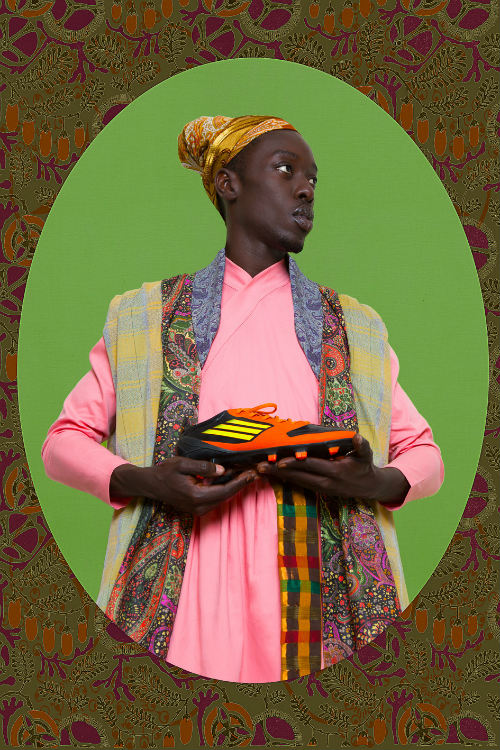 As he created these portraits alone in the studio, he admits, “I felt very emotional at times, as if the historic figure was there with me. Each session felt like a prayer. These stories were beautiful enough that they had to be told and shown.”

He unified the work with the addition of a subtle element related to soccer (football) in each portrait. He explains that, just as the heroes of the past achieved glory and recognition, so do the soccer players of today. And, just as these historic figures suffered from racism, so too do the players of today.

At the Grande Halle in the Parc des Ateliers. Exhibit closes 20 September.

The Rencontres d’Arles exhibits are open from 10 am to 7 pm every day until 30 August or 20 September (check specific exhibit listings.) A word of advice: wait for cooler weather as the venues are not air conditioned. Day pass is 25–29 euros.

Adapted from an article originally published on sister site, FranceToday.com

More in galleries for photography in Paris