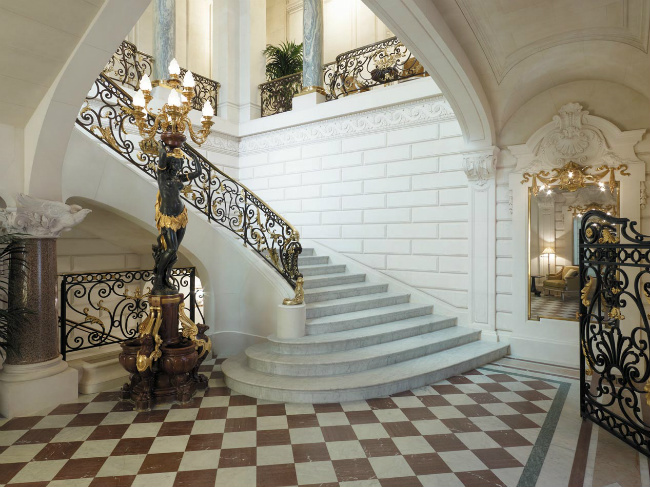 The grand staircase at the Shangri-La Hotel, Paris

We’d be hard-pressed to find a more beautiful Parisian setting than the Shangri-La Hotel, housed in the palatial 19th-century mansion built for Prince Roland Bonaparte on the avenue d’Iéna. Opened in 2010 as the brand’s first property in Europe, the Shangri-La Hotel, Paris is all marble and gilded accents– an intimate property of historical significance that’s adored by its fiercely loyal clientele (particularly Americans).

With excellent eateries and a jewel-like spa, this is one of our favorite hideaways in the capital, so we were thrilled to gather our contributors to celebrate la rentrée and the relaunch of Bonjour Paris. (Established in 1995, Bonjour Paris was one of the first websites dedicated to publishing France-related travel content. It was acquired by France Media Group and relaunched in late May 2015.)

We were spoiled with free flowing champagne and canapés under heated parasols on the terrace overlooking the Eiffel Tower– sparkling for effect.

We are grateful to have a fine team of journalists who report on all the latest and greatest in the French capital, and appreciative of the Shangri-La Hotel, Paris for honoring them in such an elegant way.

Photo credit: The Eiffel Tower as viewed from the private terrace by BP contributor Corey Frye 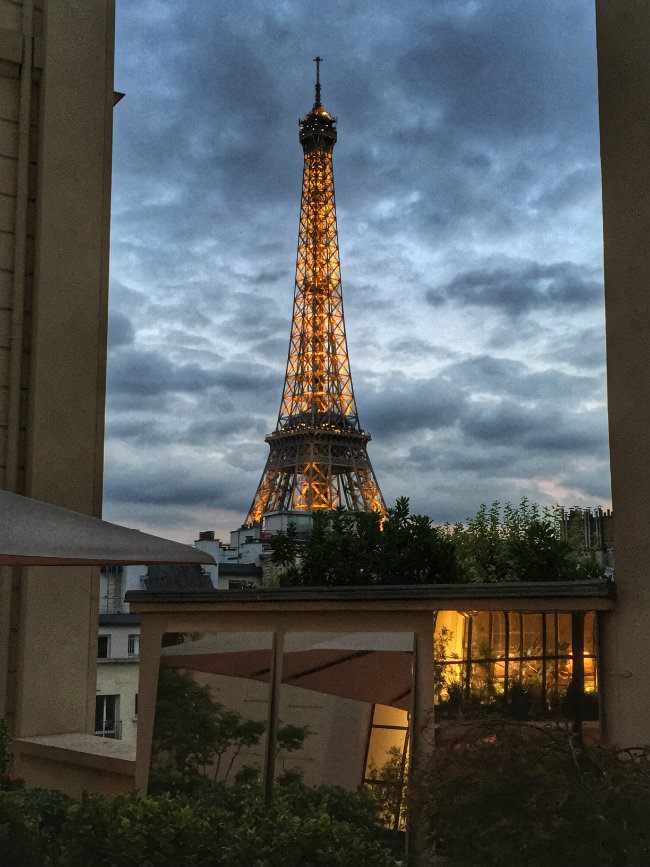 Previous Article Villa d’Estrées
Next Article The Other Fontainebleau