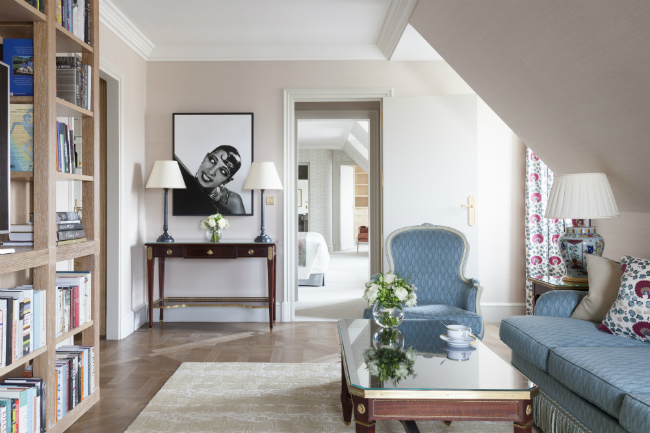 “I like Frenchmen very much, because even when they insult you they do it so nicely.” –Josephine Baker (1906-1975)

With total lack of inhibition – leading the way for the likes of Tina Turner, Lena Horne, Rihanna and Beyoncé – Josephine Baker, the Missouri born singer, dancer, actress, civil rights activist, proud possessor of the Légion d’Honneur, and iconic entertainer created a sensation wherever she went.

In France, her adopted country (“I have two loves, my country and Paris”, she famously said) Ms Baker worked for the war effort as a Red Cross nurse and cared for, and adopted, the children she called “The Rainbow Tribe” at her château in the Périgord area of southwest France.

From a poor background – born Freda Josephine McDonald – Ms Baker became one of the most famous performers at the Folies Bergère. Remember the banana mini skirt circa 1927 and you get the picture. 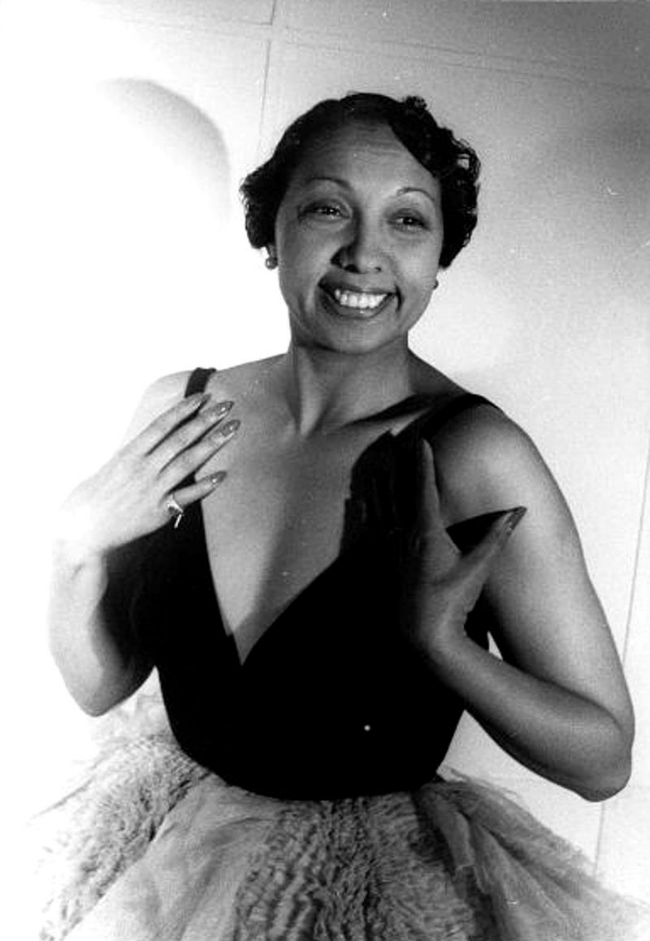 So, hardly surprising that Le Bristol, Paris (owned since 1978 by the Oetker family) has decided to honor Ms Baker, naming the first ever suite dedicated to a celebrity guest, the “Suite Josephine Baker”.

The suite was designed by MM-Design Architects in shades of cream, sky blue, white, light oak and powder pink, using beautiful fabrics by Canovas, Frey, and Lora Piana. The bathroom is in sumptuous white marble (with Bamford products) and the Louis XVI style furniture combines warm rosewood and oak. A bookcase is punctuated with JB memorabilia and many books written about, and by, the original diva.

Located on Le Bristol’s 7th floor, the 753-square feet suite has the wow-factor with breathtaking views of the city and of the Eiffel Tower – which can be admired from the comfort of the large double bed (€4,300 per night). And, in addition, the connecting Junior suite can create a single 1,259-feet apartment (€6,300 per night) with breakfast in bed, at Café Antonia or L’Epicure restaurant – by Eric Frechon Michelin ***star Executive Chef.

The suite concept was inspired by a memorable soirée to celebrate the opening night of Ms Baker’s musical review at the Bobino Theatre, Montparnasse. As a frequent guest of Le Bristol, the actress privatized the magnificent listed Restaurant d’Hiver (itself a former theatre around which the hotel was built) and invited 250 close personal friends to celebrate with her. Alain Delon, Princess Grace of Monaco, Sophia Loren, Mick Jagger, Tino Rossi etc. enjoyed a sumptuous dinner of veal steak with lobster, granité au champagne and a magnificent three-tier gâteau. Original dedicated photographs of the evening decorate the suite as does the iconic portrait taken by George Hoyningen-Huene for the album cover “The Best of Josephine Baker”. 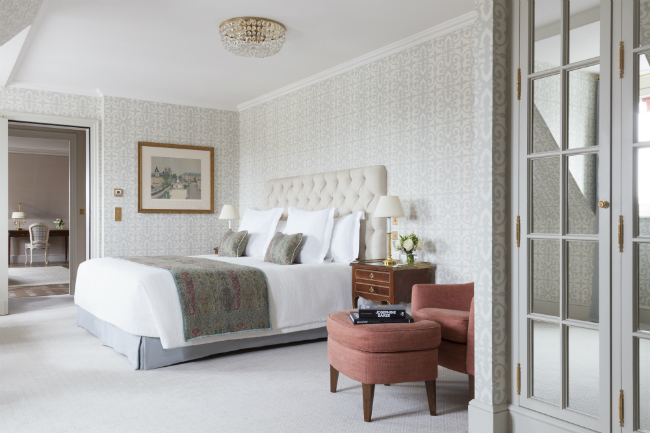 Brian Bouillon Baker, one of her adopted sons, is a frequent guest at Le Bristol, Paris and is looking forward to a stay in the suite. “I adore the atmosphere here, this place touches my heart because it always brings back memories of my mother. I am so proud that the Palace chose to honor her memory with its first suite dedicated to an iconic personality”, he says.

For me, dear reader, the magical space celebrates an extraordinary woman, the roaring twenties, the art of luxurious living revised for the 21st century.

Need to Know:
In April 1975, more than 20,000 people crowded the streets of Paris to watch the funeral procession on its way to the Church of the Madeleine. The French government honored her with a 21-gun salute, making Josephine Baker the first American woman to be buried in France with military honors. Her gravesite is in the Cimetiére de Monaco, Monaco.
And Josephine Baker continues to intrigue and inspire people throughout the world. In 1991, HBO released The Josephine Baker Story; the film garnered five Emmy Awards and won one of the three Golden Globes the film was nominated for that season.
Bravo Le Bristol! 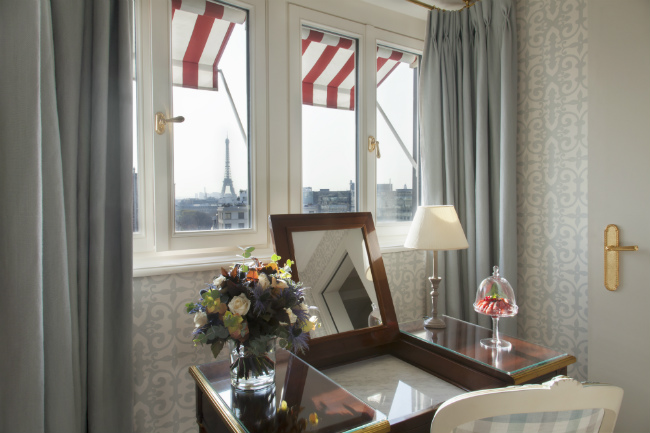