The Fringe Festival Comes to Paris May 23–29

Paris is hosting its first Fringe festival – from May 23–29 – and it promises to be as wondrous and weird as only a Fringe festival can be. The promotional poster by London-based designer Alex Manthei – of a leaping man in a tutu and combat boots dangling a marionette in one hand and holding a skull in the other – is a perfect visual of what to expect from what looks to be a smashing inaugural event.

All Fringe festivals focus on fresh and innovative approaches to contemporary themes, and the Paris Fringe is no exception. Here’s some of what you’ll get from the 20 participating international companies and performers, almost all of whom will perform in English: 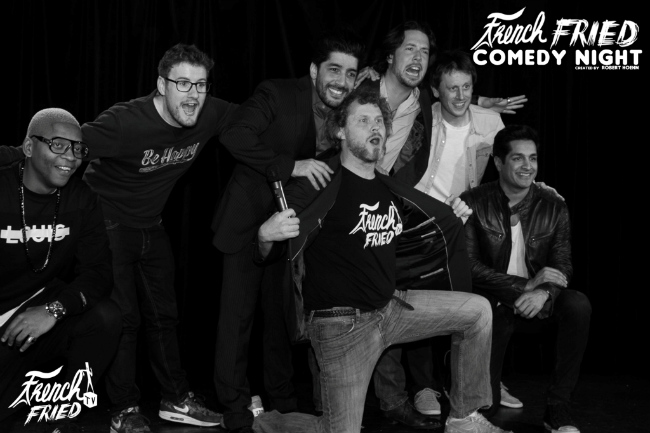 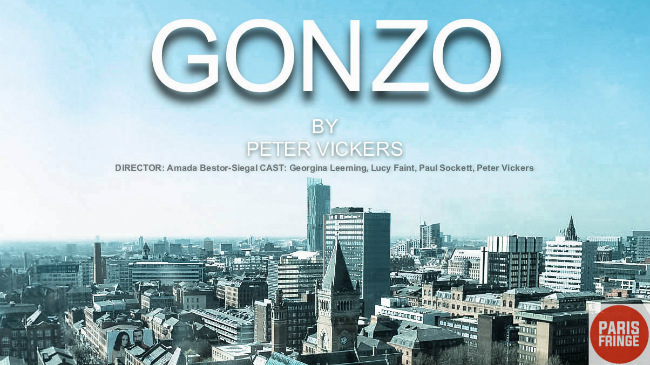 Gonzo at the Paris Fringe Festival 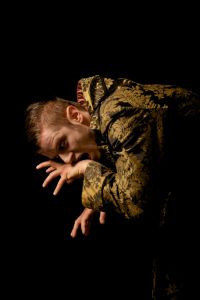 “Amour” at the Paris Fringe Festival

There will also be improvisational shows that will require maximum spontaneous creativity from performers, perhaps the most demanding of creative endeavors. These include “New,” a show that takes audience suggestions and combines theatre, music, singing, and dancing to improvise a 70-minute production; and “Encore,” which uses the question, “Are you looking for someone?” to launch other completely improvisational encounters.

There are also plenty of performers whose shows will be simply first-rate entertainment, such as “Starling Arts,” a 50-person choir that belts out songs by Taylor Swift, Michael Jackson, The Supremes, and Disney; and “’33 (a kabarett),” “A dark musical-comedy set in 1933 Germany that recreates the final night in a Berlin cabaret destroyed by the Nazis.” Performer Bremner Duthie plays all the characters.

Special mention must be given to “London-Paris-Roam!,” a one-woman show written and performed by Sarah Tullamore, which kicks off the Paris Fringe performances on May 24th. I happened to see the premiere of this show at La Comédie Nation Theatre in Paris in November 2015, and it was as if watching a cabaret star being born. Tullamore has been performing for years, and this show arrived polished and ready for prime time. Accompanied by John Florencio, pianist, musical director, and co-founder of American Musical Theatre Live in Paris, this is the story of a woman of a certain age trying to find her way and her place in the world. It is funny and tender and touching and will resonate with people of all ages. Tullamore has been invited to perform the show at the Edinburgh Fringe in August. 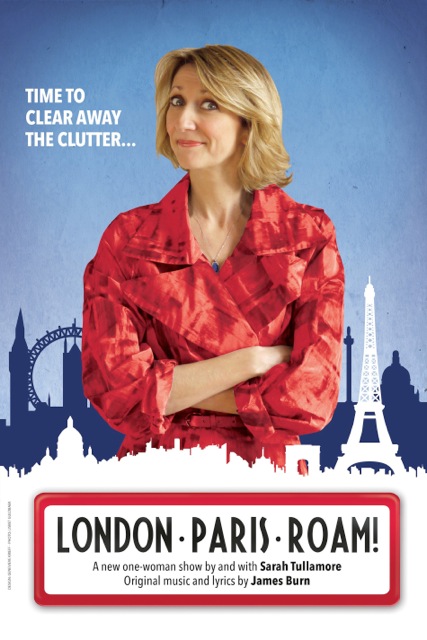 “London-Paris-Roam!,” a one-woman show written and performed by Sarah Tullamore

According to Reka Polonyi, Co-Director of the Paris Fringe, “The festival started with a small group of theatre artists passionate about promoting cross-cultural dialogue and artistic exchange in Paris.” A prodigious amount of energy and dedication has clearly gone into producing the first Paris Fringe.

The main performances will be held at four venues in the 9th arrondissement, but there will also be street performers, workshops, and discussions. See these links for the information you need: 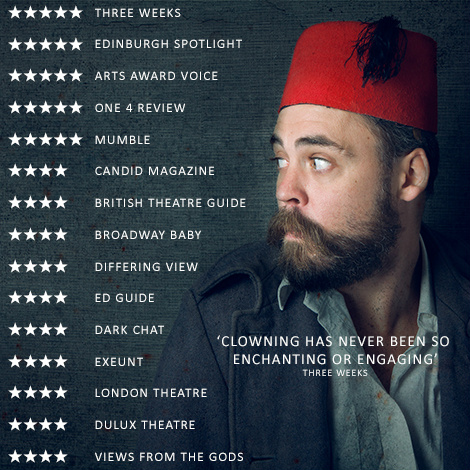 “Tatterdemalion” at the Paris Fringe Festival

The original Fringe was founded in 1947 as an act of, appropriately enough, rebellion. After World War II, an International Festival was planned in Edinburgh to showcase the best artists and companies from around the world. It was the first festival of its kind, and participants needed to be invited. Eight theatre companies that were not invited turned up in Edinburgh anyway and staged their own shows on the periphery of the International Festival. Thus was born the Edinburgh Festival Fringe.

Paris Fringe Co-Directors Reka Polonyi and Dom Douglas and their entire team aimed to present performances that would not otherwise be seen in Paris, to expand audience thinking of what performance can be, to present creative and cutting-edge ideas about the power of theatrical performance, and to provide the opportunity for international writers, directors, performers, and choreographers to exchange ideas and learn from each other. How the performances play out are up to the performers and audiences. But all the elements have been assembled for a fabulous inaugural Paris Fringe. 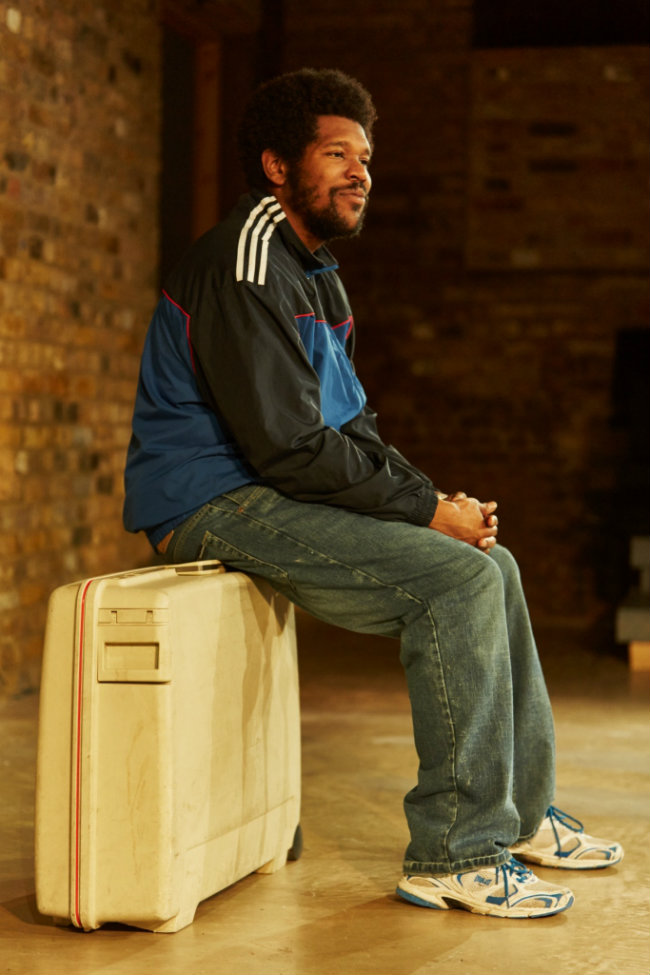 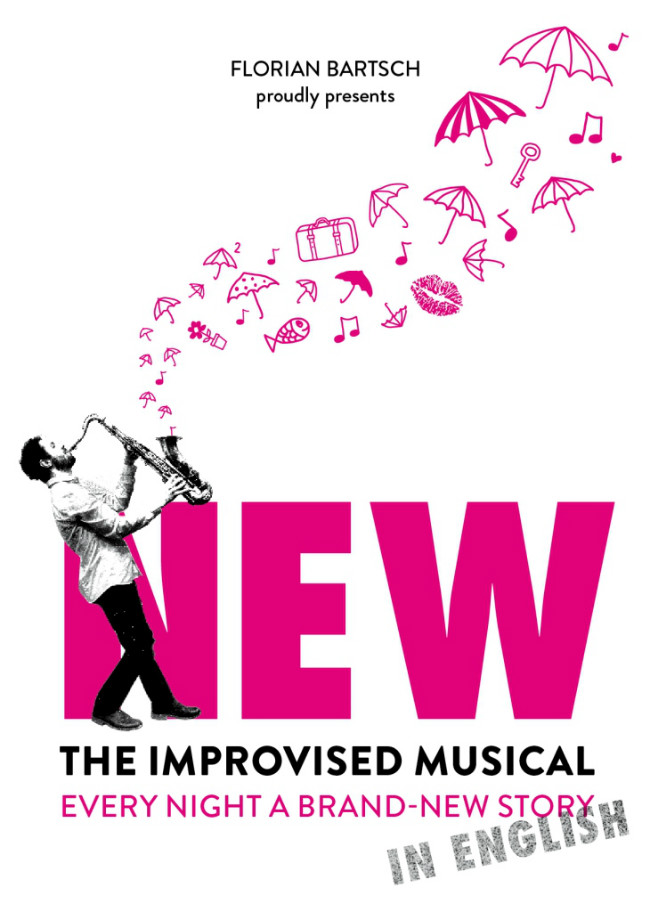 “New” at the Paris Fringe Festival