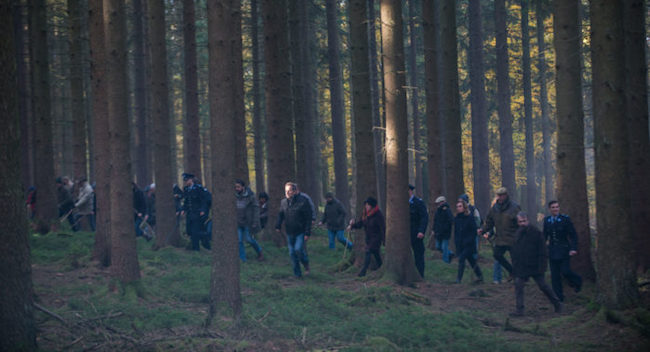 Anyone who survived it remembers it well. In December 1999, a vicious and violent storm, Cyclones Lothar and Martin, swept across western and central Europe over the course of 36 hours. The storm hit France and Belgium, and left many fatalities in its wake.

This event is a pivotal moment of a new French thriller, Trois Jours et Une Vie. The tone of the film echoes this terrible tempest: it’s dark, scary, stormy, and disturbing.

In Nicolas Boukhrief’s Trois Jours et Une Vie, we first meet a twelve-year-old boy named Antoine, who lives with his mother in the small Belgian town of Olloy, near the Ardennes forest. His father is deceased, and his mother works long hours in the down-and-out town, which has fallen on hard times.

The town’s factory may close, jobs are hard to come by, and survival feels, at times, desperate. “Times are tough for everyone,” a resident of Olloy says with despair. The tone throughout the film is one of darkness – both visually and auditorily. The score of the film conjures a sense that bad news could be in every following scene (and mostly, it is).

Antoine’s two closest friends, Remy and Remy’s older sister, Valentine, are his companions. Valentine is also his childhood crush. In a heartbreaking moment, Antoine spots Valentine snogging with another boy from school. He is crushed. Then, his no-good-very-bad day gets far worse. After Antoine throws a ball into the street, Remy’s dog, Ulysses, chases the ball and is fatally struck by a car. But that’s not the end of this –soon to be horrific – bad day.

Young Remy follows Antoine into the forest, wondering why Antoine is upset. Antoine tears apart their fort he has built because it’s where he wanted to take his young paramour. Now that he knows Valentine fancies someone else, the fort – and his plan to take her there – seems meaningless, silly, even. Remy interrupts Antoine, and what follows is jaw-dropping. The boys get into a fight, and something terrible happens. Antoine exercises awful judgment following the dispute, panics, and attempts, poorly, to rectify what he has done.

The town goes on high alert, now that everyone believes young Remy, who is only six years old, is missing. Nearly everyone is regarded as a suspect in the disappearance – everyone except Antoine. Search parties canvas the woods on Christmas Day, no stones go unturned, but Remy is not found. It’s a heartbreaking look at how the loss of a child tears apart the lives around the loss. Cyclones Lothar and Martin sweep through the town of Olloy, leaving more destruction than already exists there. 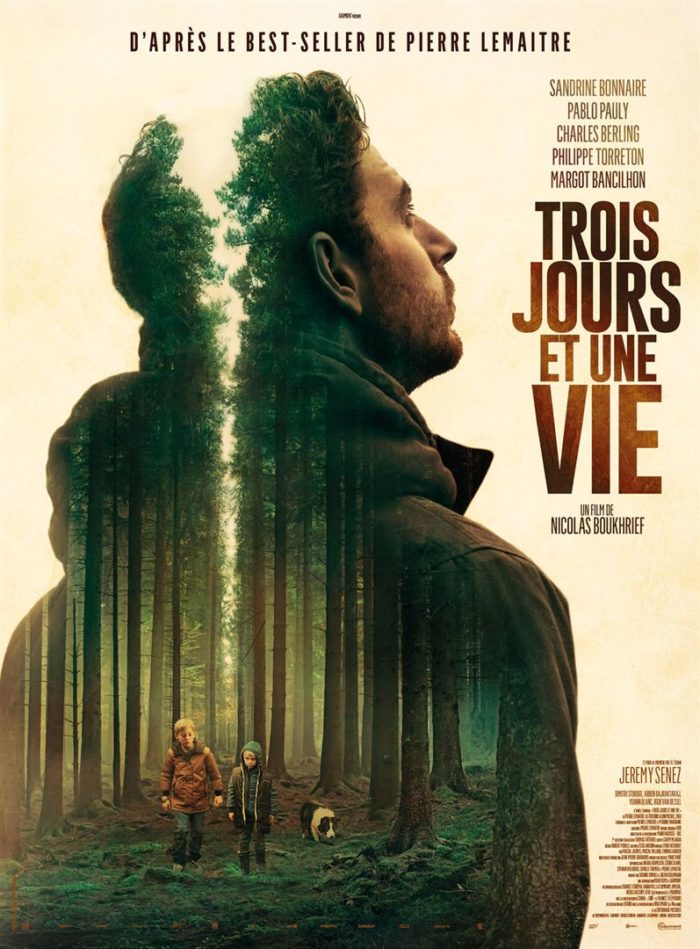 This film noir takes the viewer down a tragic, dramatic, and intense path, where we see the severe repercussions of Antoine’s actions and poor decisions. Only a boy at the time, the entirety of Antoine’s life – and the lives of those around him – is impacted by his lie that conceals the terrible thing he has done. A few know, though, and when Antoine discovers they are aware of the truth, he must make concessions and alter the life he has envisioned for himself, in order to preserve the secret of his past.

The screening, held at Montmartre’s jewel of a cinema, Studio 28 (10 Rue Tholozé), was hosted by Lost in Frenchlation, an organization that aims for its members and participants to experience France’s cinema culture.

The organization “breaks the language barrier and brings the best of French cinema to the international community in Paris.” If you’re new to Paris, or working to improve your French, check out Lost in Frenchlation’s events to stretch your language muscles and make new friends in the process.