‘Emily in Paris’: The Expat’s View 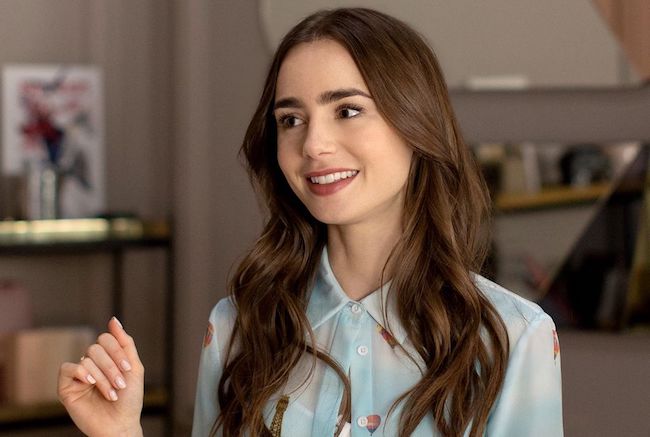 What Emily in Paris gets (surprise!) wrong and what it gets (bigger surprise!) right– from an expat’s perspective

One day extraterrestrial life will be discovered, whereupon they’ll surely let us know that the sci-fi movies have been getting it all wrong. Perhaps filmmakers will be invited to workshops about accurately portraying aliens (the program might be called Serving Hollywood—aragula included). In the meantime, let’s consider another cross-cultural case, the new Netflix series Emily in Paris. To a certain extent it’s an obvious homage to Amélie, a film which followed the adventures of a sprightly young Frenchwoman in Montmartre. Emily, a sprightly young American woman from Indiana, is sent by her company to its subsidiary in Paris, to give it l’American touch. The Amélie strain of tele-DNA is recombined with Sex in the City for an unholy amalgam, soufflé-light and Twinky-sweet.

The production and direction (it’s hard to separate the two in this kind of series) don’t have much to recommend. Emily has been confected in a bubbly way that’s also drearily conventional: The candy-like but cool color schemes as artificial as old-fashioned Technicolor. The occasional speeded-up exterior shots (does anyone know that this American cliché is derived from Zazie in the Metro?). Worst of all, the constant insipid pop music. This replicates the way so many people never go out without their trusty earphones channelling bad music and cancelling out so-called ambient noise. It’s sad, as part of what marked the transition to Paris for many of us was being bathed in the French language, the yipping of those damned toy dogs, the honking traffic, the pam-paw of police cars and fire trucks, all the living soundtrack of Parisian life.

Aside from being sonically off, Emily’s visuals are distorted by their upscale selectivity. Everything, but everything, takes place in Tourist Paris. Sure, this part of Paris exists, and is indeed picture-postcard beautiful. What’s more, people really do live and work there. You can’t expect a pop series to portray executives in the business-like eighth arrondissement, let alone the high rises of La Défense, but Emily’s firm is smack in the center, somewhere within spitting distance of Place Vendôme and the Palais Royal.

Most expats live in modest districts (though even those are becoming more expensive by the millisecond), or else doing like the natives and finding accommodations in the ‘burbs. Even the Bright Young Things of today are more likely to live in the funkier, gentrified neighborhoods in the east of Paris, or the 15th district, by Convention metro. Emily, bless her cheekbones, lives in a gingerbread apartment building in Ye Olde Paris. Her rental agent comically refers to her flat, which looks to be a hundred square meters, as a converted chambre de bonne, or maid’s room. He doesn’t seem to be joking, though if you’ve ever lived in a real chambre de bonne (where you reach for the faucet with one hand, open the window with the other, without ever getting out of bed) it’s still funny.

So the setting of Emily is more Disneyland Paris than the real city where we expats struggle to survive, loving every minute (when we don’t loathe every minute). Our downscale Paris is sometimes yucky, but at least it isn’t icky. What redeems Emily, to some degree, is not so much Emily herself but the actress playing her. Lilly Collins is very pretty: pert, snub-nosed, with pixie-like Audrey Hepburn face and Brooke Shields eyebrows. Her movements and expressions can be animated in a way derived from YouTube stars or characters in music videos, but have genuine comic flair.

A big part of the comedy resides in how Emily alienates her French co-workers, by being forward and speaking loudly. This isn’t only true of her, but of Americans in general, especially compared to the French. I’ve been told off by crotchety old Parisians in cafés more than once because of my decibel level. What’s considered dynamic and energetic in a budding career in the States really is considered forward and gauche in France. At one point Emily is referred to as The Plouc by her colleagues, ie The Hick. That’s not implausible, but in real life they might have used worse epithets.

Emily’s corporate colleagues are generally portrayed as mean twits, though there will be the inevitable softening endemic in TV series. The French actors enjoy hamming it up, and some of them are actually funny, though we could do without the sole black character constantly rolling his eyes like a 1930s Hollywood darkie. Based on personal experience, Parisian executives of a certain class and background, especially faced with an American (or other foreign) intruder, can indeed act mean. On the other hand, nowadays they’re perfectly capable of acting mean in English. The antiquated trope of French people incapable of a single utterance that isn’t in their mother tongue hasn’t been valid since the days when Parisians smoked in cinemas and had no idea what a Big Mac was.

Aside from the Parisians, Emily becomes friends with a Chinese nanny, Mindy Chen (Ashley Park) whom she meets on a park bench. Mindy says she’s from Shanghai, and somehow it’s implausible that a smart young woman from such a mega-dynamic place would come to Paris to be the equivalent of a domestic. But what rings true is how expats in Paris often meet and befriend other expats, not just “Anglos” but folks from the four corners of the globe

As I’ve been told, the Parisian take on Emily in Paris is that it’s something you have to see … once. I can’t disagree, though I look forward to seeing Ms. Collins in other outlets for her talent. I hate to date myself, but this story of a young woman’s progress as she makes her way through career ups and downs in the big city recalls not so much Amélie, or even Sex in the City, as that 1960s sitcom That Girl, which was ultimately dismissed as irremediably hokey—but only after a successful five-year run.