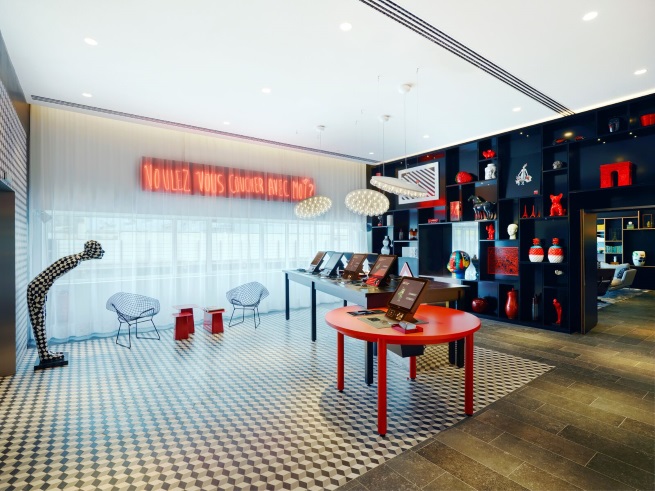 The Paris hotel scene is livelier than ever at the moment, with the re-openings of icons such as Ritz Paris and Hotel de Crillon. However, the recent launches of the Hôtel National des Arts et Métiers and The Hoxton Paris, which join the likes of already well established C.O.Q. Hotel and Mama Shelter, is perhaps the most exciting hotel movement at the moment, finally offering a younger crowd and the budget traveler a more affordable but still stylish stay in the city.

The latest addition to this offering is citizenM, which launched with a grand opening and fittingly themed slumber party last Friday. After opening a second hotel in La Defense back in the spring, citizenM must have fallen in love with Paris as quickly as the rest of us, making the new Gare de Lyon location its third hotel in the French capital from its total of just 12. 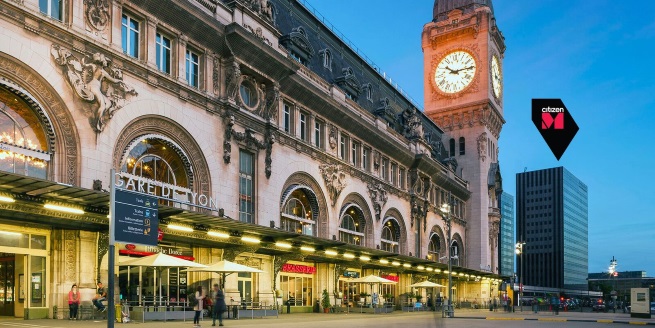 The hotel’s concept is based around “affordable luxury for the people,” offering 5-star service and amenities but without the 5-star price tag, a welcome idea for visitors to Paris looking for a more affordable option.

Located just a minute’s walk from the Gare de Lyon station, the hotel has chosen the less central and less pretty 12eme as its new location. Although maybe not an obvious choice, Citizen M is actually well suited to the area. It may not be the typical Parisian quartier we see on screen, but found just next to the Gare de Lyon, one metro stop from Bastille, and with the new additions of the AccorHotels Arena, Bercy Village, La Cité de la Mode et du Design nearby, as well as the marche d’Aligre and La maison rouge, the well-connected and up-and-coming area definitely has something to offer for those happy to stay a little further out for a more affordable stay. 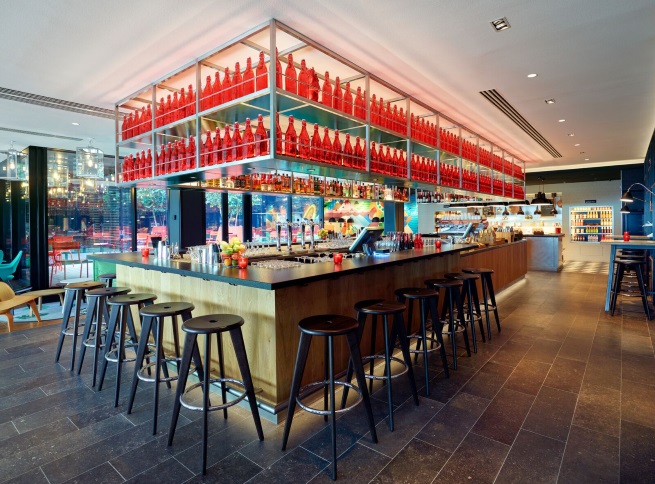 Set in a high rise former office tower, the hotel also has a more urban feel rather than Parisian glamour, but the sombre exterior hides an impressively modern interior. To start, guests can self check-in at reception on tablets, surrounded by an eclectic mix of bright art work and sculptures. Once in the rooms, the tech-savvy will love playing with the “tablet mood pad,” which controls everything from lighting moods to temperature.

There are no size or quality differences between the 338 contemporary bedrooms, which democratically all feature the same amenities and an XL bed as standard, which for added comfort turns into an equally large sofa for lounging. The headboard also hides fully integrated light switches, a bedside lamp, and even a shelf for your books, while the in-room entertainment also offers guests the chance to stream their favorite music and movies to the large screen TV. 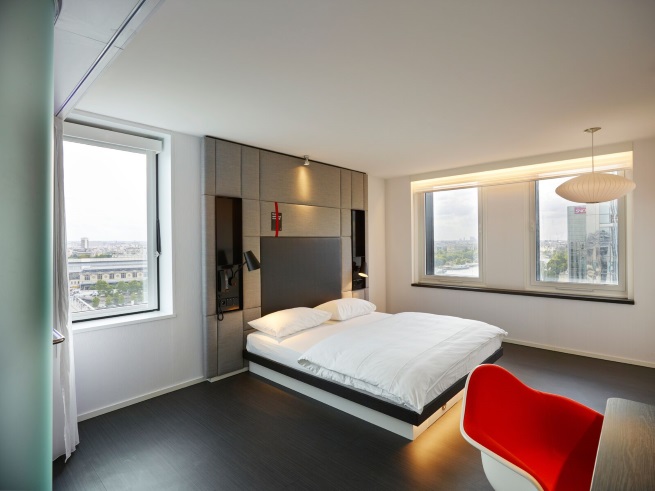 Outside of the bedrooms, CitizenM has for the first time tailor-made a hotel to fit its surroundings, converting the former offices into various divided living rooms for both work and play. The ultra-modern CitizenM theme continues throughout the lounge areas, but with a little Parisian influence in the form of bespoke carpet inspired by the Gare de Lyon’s ticking clock, and homely design details such as an oversized fireplace. There is also CanteenM for eating and drinking, five meeting spaces known as SocietyM for working, and perhaps most impressively, a sky bar known as cloudM, designed to evoke the feeling of a classic Parisian apartment, but one that also happens to have envy-inducing views over the Seine and the city.