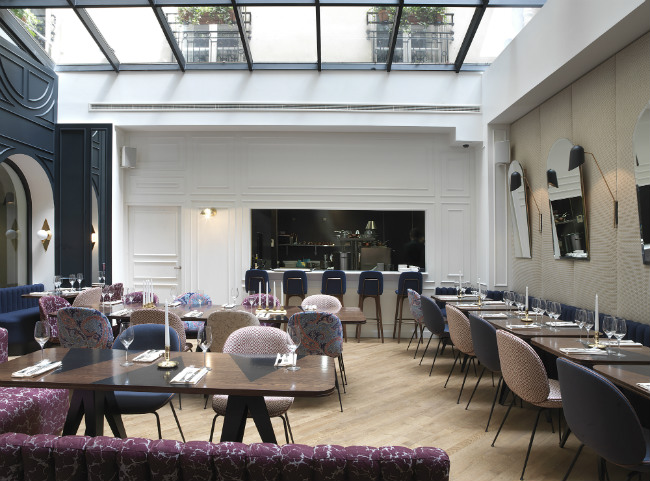 This is one of Paris’s trendiest streets on the Right Bank, and the Hotel Bachaumont is responsible for making it the destination du jour. Once an institution in the 20th century, the hotel closed its doors when Les Halles food market, the largest in Paris, moved outside the city. Under the design direction of Dorothée Meilichzon, four-star Hotel Bachaumont re-opened in September 2015. Steps away from the pedestrianized market street rue Montorgueil, the hotel has become a hotspot for Parisians and tourists alike, not to mention the occasional celebrity.

To check out exactly what goes on behind closed doors, Bonjour Paris recently scoped out the scene. We loved the decor and head-turning design: a long, Art Deco-inspired corridor on the ground floor passes the bar and restaurant, where sunlight streams through the glass ceiling.

A room at the Hotel Bachaumont. Photo credit: Paul Bowyer

There are 49 unique rooms– some overlooking the quiet street below, and some peering out onto the glass-covered courtyard. Rooms are dressed with antiques that could easily have come from a local brocante. The design elements are elegantly minimal, including subtle lighting and white linens, upholstered headboards and wooden floors.

At the bar Night Flight, which is managed by the group behind Experimental Cocktail Club, sip an expertly concocted cocktail. Reservations are essential at the restaurant, which has become one of the hottest tables in the district. At the time of our visit, there was not an empty seat in the house. 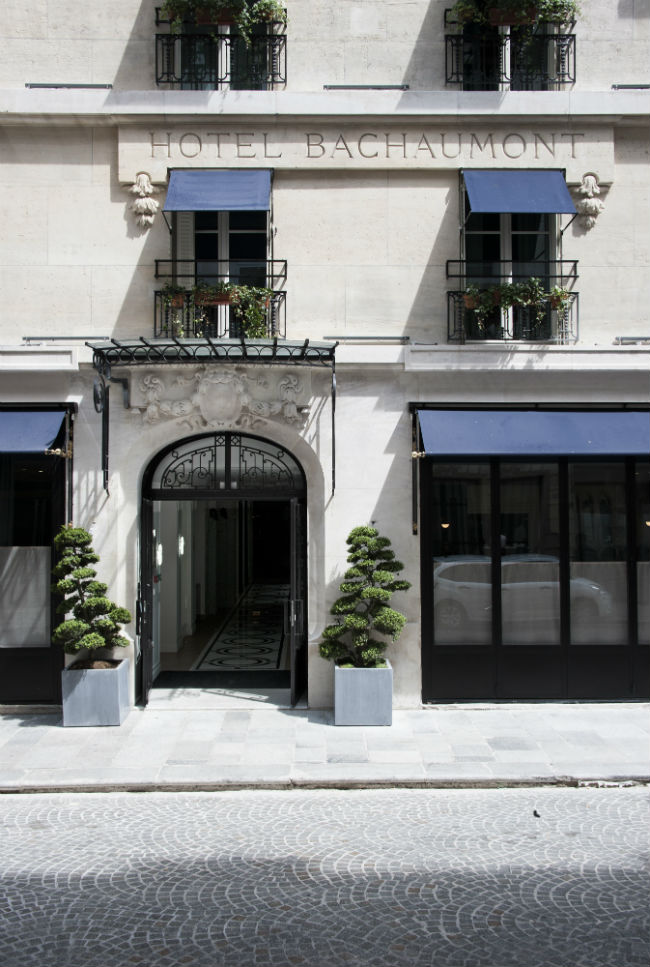 The facade of the Hotel Bachaumont. Photo credit: Paul Bowyer

Previous Article Only in Paris: New “On-Demand” Book Store with Espresso Book Machine
Next Article Interview with Penelope Rowlands, Editor of “Paris Was Ours”