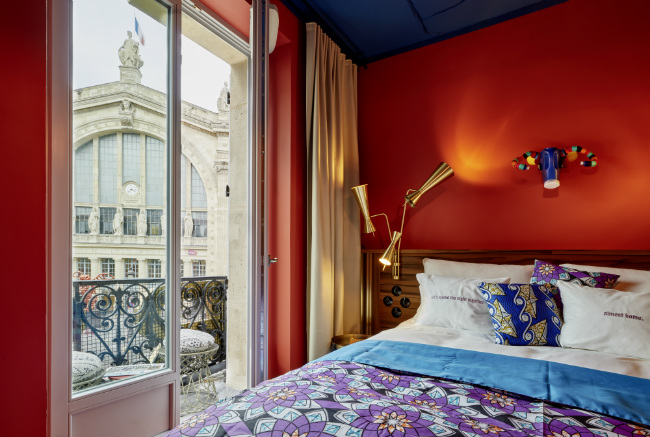 With the opening of its first Parisian property this week, 25hours Hotels has ventured where no hotel chain has yet dared to go in Paris, placing itself just opposite the Gare du Nord train station in an area which forces you to pass through rather than inviting you to linger.

But the bold move looks certain to pay off. 25hours Hotel Terminus Nord not only connects guests with other European destinations but has also cleverly tapped into the Eurostar crowd arriving to the station, who are sure to be lured across the street to the hotel’s stylish surroundings and excellent dining and drinking options, in an area which can be somewhat lacking. 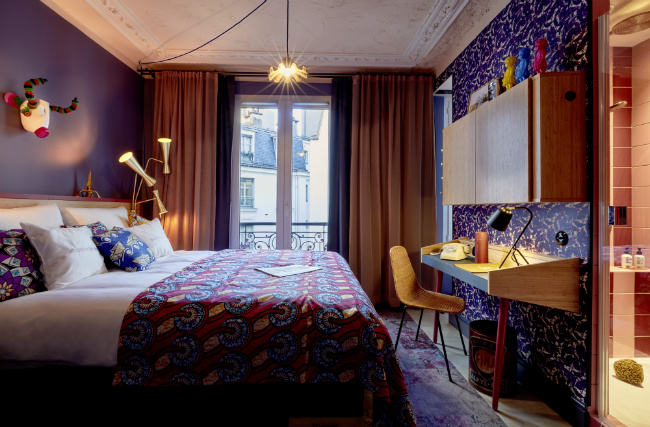 The “Small” rooms give the often forgotten lone traveler a cozy space and single bed of their own, while upgrading to the biggest “Extra Large” room will get you a king size bed, balcony, and tub. All rooms feature bold colorful prints and palettes inspired by Africa and Asia, with personal objects referencing the diverse mix of cultures in the eclectic 10th arrondissement. Flick through the copy of “Portraits of the Gare du Nord,” which is placed in each room, to read more about locals from the area who are celebrated in the artwork found throughout the hotel. 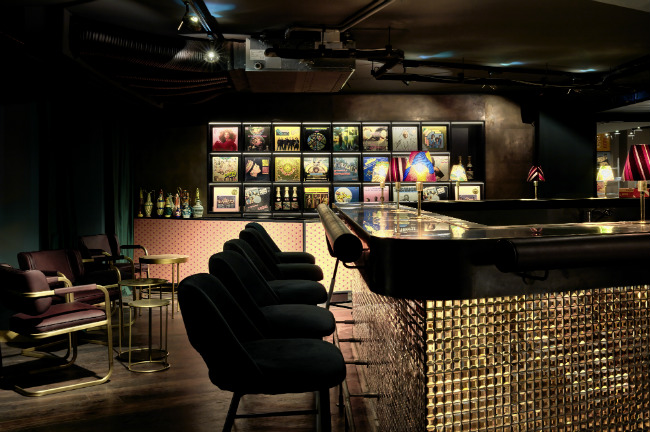 In the bathrooms, the space is smaller and the design more subdued, but the large walk-in rain showers are just the tonic after a long day sightseeing. Although there are no travel-size treasures to stash in your suitcase, the organic bath products are a nice touch. Continuing with the eco-friendly theme, a FREITAG bag is also placed in the room for use during your stay. 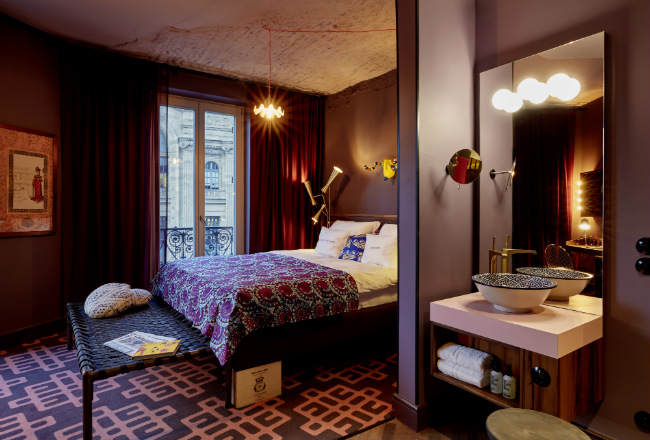 Downstairs, Neni restaurant is decked out in a casual but chic style, with low easy-going tables accompanied by plush velvet-clad chairs and bare bulb lighting. The unbelievably good Israeli-Mediterranean cuisine comes served as full size à la carte dishes or tapas-style if you want to try more of the menu, and the chances are you will. There’s plenty of veggie options and even a couple of vegan, including what seems to be everyone’s favorite dessert, the Sesame.

Drinks at Sape Bar are also a must, in particular the well crafted cocktails. Four different themes reflect the spirit of the area, with one collection of drinks even inspired by local Parisian bars such as the Candelaria and Experimental Cocktail Club. Here décor pays homage to the 10th arrondissement’s elegant and brightly-dressed sapeurs, or dandies, with an eclectic mix of bold fabrics, artwork, vinyl album covers, and refined leather armchairs. 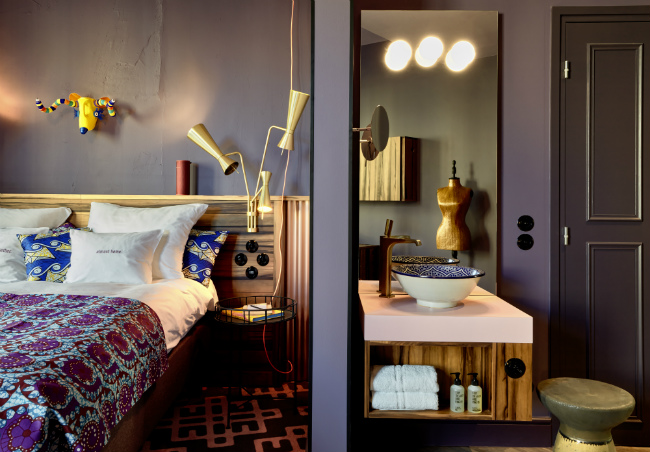 Service is just as fantastic as the drinks and dining. Staff are smiling, laidback but efficient, and a font of all knowledge. If you have questions about a never-seen-before dish in Neni, Raphael will tell you all you need to know. Not sure which cocktail is your poison? Ask Jonas in the bar. The team are so welcoming that the reception is open not only to guests checking in, but also to locals who want to pop in for insider information.

For those who want to see Paris by bike its also worth asking the team about the hotel’s fleet of Schindelhauer cycles which are available for guests to borrow along with route suggestions to take in the most charming corners of the city. More unusually the hotel can also organize MINI cars for guests who want to get out on four wheels, adding another point of difference to the impressive hotel chain. 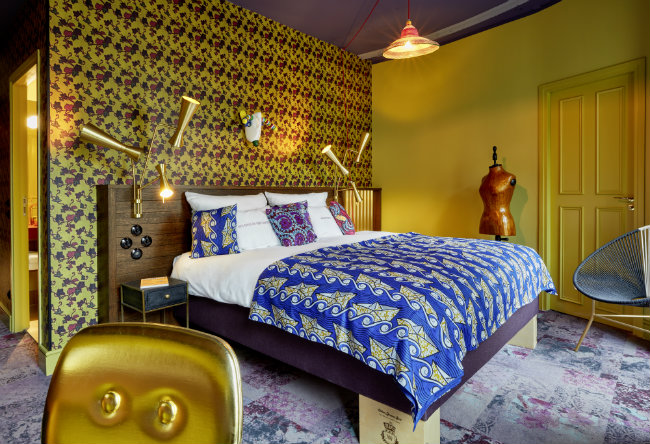 Previous Article A Record-Breaking Year at the Louvre Thanks to Bey, Jay-Z and Eug D
Next Article How Not to Be a Tourist in Paris