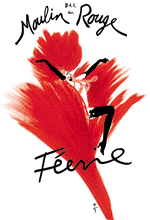 The lyrics of a popular French song a few years ago had an unforgettable characterization by a boy talking about his hard-to-deal-with girlfriend.  He dubbed her jamais contente, «never content.

Those words just as easily could be applied these days to their homeland, France.

The French do have, after all, that glorious history, that technical prowess, those breathtaking monuments, that lyrical language, that marvelous scenery, that ubiquitous little je ne sais quoi.

And the food isn’t bad either.

So, even if you’re not French but have ever been interested in the French and how they think and react, you get used to them.

You get used to their contestation-prone reflex, the one that makes them object vigorously to just about everything.

You get used to the French taking massively to the streets at what seems to be the slightest provocation to demand or protest against new laws, to insist on more government assistance or resist any government attempt to cut back the sacrosanct advantages they already have acquired.

You get used to people growing up indoctrinated with the belief that the government owes them not only education and medical care, but also housing and work contracts that guarantee them a secure life-time job either in the public or the private sector.

You get used, also, to groups who proudly proclaim they are public servants paralyzing the nation with work stoppages, particularly in the sectors of transport and education.

That kind of cantankerous nature helps to explain th French tendency to overthrow their governments via street revolutions like that of 1789 which turned France from a monarchy into a republic.

Small wonder that, wryly, an Italian often is describe as a “good humored Frenchman.”

Certainly, it isn’t easy these days to find a real, live, good humored Frenchman in France.   Too much turmoil. Too much uncertainty. Too much controversy, even by French standards.

Last November, in addition to a nine-day rail-strike, the nation had to deal with a fishing fleet that refused to put to sea until it got some relief from ever higher petrol prices, and with clamoring street marches by civil servants, teachers, lawyers and jurists.

Add on an uncontrolled student protest movement blocking half the nation’s universities and even a strike by employees of the national opera in Paris.

Then top that off with an outbreak of violence that, once again, as it had in 2005, set largely immigrant-origin youth in the Paris suburbs into pitched battles with local police forces trying to restore order.

From the moment of a significant electoral victory over his Socialist Party opponent Ségolène Royal last May, Sarkozy has acted virtually like a whirling dervish President.

On the international front he has met, at a frenzied pace, with other European leaders at home and abroad. Among them: Germany’s Angela Merkel,  Britain’s Tony Blair and Gordon Brown, and Spain’s José Luis Rodriguez Zapatero.

Despite widespread criticism, he also has gone on to encounter a host of others, notably Libyan leader Colonel Mohammar al-Ghadaffi, Venezuela’s Hugo Chavez,  Algeria’s Abdelaziz Bouteflika and Russia’s Vladimir Putin — all considered virtually persona-non-grata by many French citizens for their perceived human rights violations, plus, U.S. President George W. Bush similarly criticized because of the war in Iraq.

In the process, however, he has restored for France a role it had lost as a key player in European, and global affairs and, particularly in China, Libya, Algeria and the middle East, his meetings have produced multi-million dollar commercial contracts for French industry.

At home he has taken personal charge of dossiers that used to be left to various government ministers, occasionally bruising their sensibilities in the process. He has made it a point-of-honor, to get out in the streets and make face-to-face contact with troubled citizens and rebellious strikers. He has, in a break with strict party-line politics, brought unprecedented numbers of accomplished politicians from other and often rival political groups into his government.

Vigorously exploiting the parliamentary majority of his right-of-center Union for a Mouvement Populaire (UMP) party, he also has rammed through multiple and often controversial social reforms that he claims previous governments on the left and the right had put off for too long because of their difficulty or electoral danger.

His greatest public asset for all this, one he constantly reiterates, is the fact that he promised he would do all these things when he was running as a presidential candidate.  He admits that his changes admittedly are shaking up the way France’s benevolent but rigid social system traditionally has worked and have only begun to produce substantial results.

However, he insists, the nation approved his plans when it voted him into office and he does not intend to be deterred from putting them into practice.

Up until recently, public opinion polls have backed him up.  But particularly since the latest outbreak of suburban violence in November, Sarkozy’s support ratings have been sinking. At the beginning of this year they dipped below 50 percent for the first time since his election and his Socialist and other left-of-center political opponents have lost no opportunity to blame him for promising much as a presidential candidate but so far delivering little in office.

Particularly because nationwide municipal-level elections are in the offing in March, Sarkozy’s Socialist party adversaries have launched a vigorous campaign to tarnish his image by repeated charges that instead of delivering on his promises to make life better for simple citizens, that he hob-nobs with the rich and famous, comports himself virtually as a rock star or a monarch and tries constantly to manipulate the media to turn its reportage in his favor.

Further grist for the anti-Sarkozy campaign has been provided — and gleefully exploited by his opponents — by the President’s divorce from his previous wife, Cecilia, at the end of last year, and his new, much-headlined and gossiped-about liaison with singer composer Carla Bruni, a well-known and glamorous former model with a distinguished list of former male companions to her credit.

Sarkozy certainly bears some of the blame for fueling the campaign against him because, without doubt, his frenzied activity and volley of promises during the electoral campaign have caused many French citizens to believe that his multiple projects for reform and betterment were going to materialize at the same speed.

Obviously they can’t. In a sharp break with his usual optimism, Sarkozy was forced to admit during his first presidential press conference this month that he could not produce more purchasing power, one of his main campaign promises, with a snap of his fingers, particularly in a period of rising worldwide raw material and fuel costs.

He also has been forced, in his own remarks as well as those of his government team, to frequently remind his countrymen—as he probably should have done earlier and more often–that he is only at the start of a five-year term and that many of his reforms need a certain time to take effect.

But time he has, more than four more years to go in office, and even his adversaries know he is determined to forge ahead.

Of course, on the political and social scene things are going to be turbulent and contested all the way.

Most French citizens are well aware of that  but, as the nation heads into a new year they also know they have little choice except to buckle up and hope that, with time, things will get better.