Home Archives Pastry Paris: In Paris, Everything Looks Like Dessert 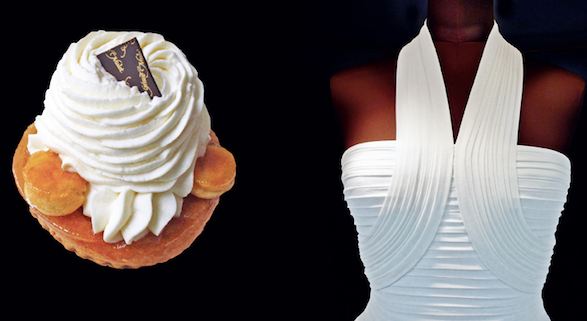 Pastry Paris: In Paris, Everything Looks Like Dessert is the offspring of my yearlong mid-life romantic adventure in the most delicious city on earth. Though it looks like a picture book about dessert, the real story is about pleasure, love, beauty and happiness, all wrapped up in butter, sugar and cream. It’s about going from a life of everyday contentedness, to a year of living shamelessly in the unabashed pursuit of pleasure. 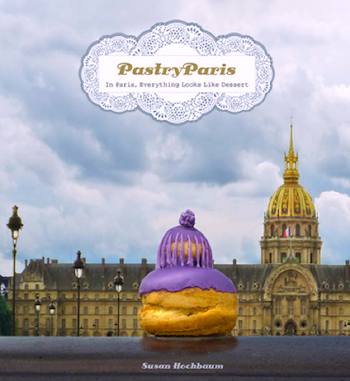 I’m also not a photographer.

And I happen to be an accidental pâtisserie devotée. I don’t bake; and until I wrote the book I didn’t know anything about the history of French pastry. I’d been to Paris before, but I’d never really paid that much attention to dessert, aside from my life-long preoccupation with whipped cream.

In thinking about how the story of this book unfolded, I realized that it came about through a series of fortuitous connections.

It was the fall of 2007, I’d been divorced for a few years, and my only son left for college. I was living a happy life in suburban NY—great friends, a satisfying graphic design business, close family, travel . . . but then at some point my elderly dog and I found ourselves just staring at each other, each of us wondering what was next. 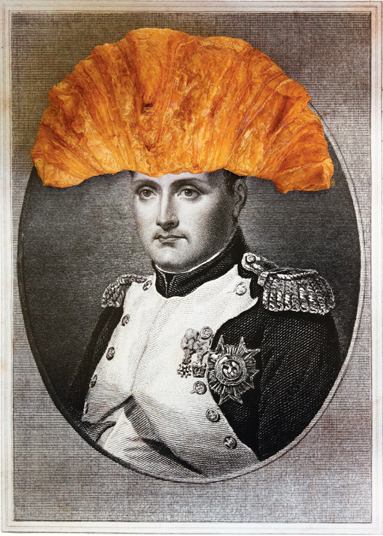 I decided to try online dating, thinking only of having interesting dinner conversations and movie company. Long story short: about six months and some pleasant-enough dinners into it, I received a funny, charming email from a man in Chicago. To be honest, I wondered why he was fishing around in New York, imagining that he’d worked his way through the local Chicago offerings. A few email exchanges and two weeks later, he flew to NY to take me to dinner. Long story short again: Joel and I fell in love.

A local real-estate agent called to ask if I’d be interested in renting out my house for a year to a family that was moving to town from Canada and was willing to pay an ungodly sum for it.  And finally, the deal-clincher:

With our ties to home loosening, we realized we could live anywhere. Joel’s work was portable and, after a great deal of hand wringing, I granted myself a sabbatical. So with no compelling reason to stay and every good reason to go, we packed up our savings and moved to Paris.

We arrived the morning of September 18, 2008 and found that the apartment we had rented was located at the corner of rue de l’Esperance (the street of Hope) and rue de la Providence (the street of Luck)— the intersection of Hope and Luck.

I arrived in Paris ravenous . . . in every way. I was determined to live lustfully, with as little guilt and self-recrimination as I could manage (which for me is not that easy). I felt extremely privileged and did not want to waste one sublime second.

I had no real plans for how I’d spend my time, since the French government wouldn’t allow me to work while I was there. It was the first time in my life since I was 22 that I wasn’t working as a graphic designer and I had no idea how I would fill a year’s worth of days.

Before I left, a friend gave me a book called The Pâtisseries of Paris and it seemed like as good a way as any to organize my exploration of the city. Each morning I’d chose a patisserie and set out to explore the neighborhood around it. And every day I was stunned by the dazzling beauty of the pastries I’d see in the pâtisserie windows. To me they were as beautiful as the sculptures I was seeing in the museums, real works of art, AND YOU COULD EAT THEM!! So I bought one (or two) every day—I became obsessed. 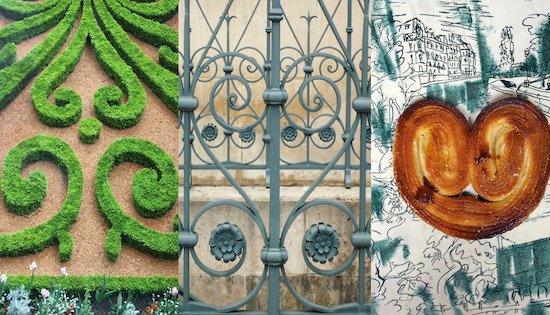 I owned a little pocket camera (one of those foolproof cameras that I only knew how to use on the “automatic” setting) and at first used it just to document the pastry du jour that I’d purchased. In the beginning I simply set them down wherever I happened to be (on a ledge, on a bench, on the sidewalk) and took a snapshot. It was just a record of what I was eating and I’d send the pictures home to friends, as a journal of my time there. Most days I had the will power to bring the pastries home at the end of the day, and after dinner Joel and I shared them (thus halving the calories, and doubling the pleasure).

Hunting, shooting, and eating became my routine. I’d be lying if I didn’t mention that the sensuality of love and dessert is a winning combination and I had the appetites of a teenager for both.

People have asked me how I came up with the idea for the photographs that ended up in the book.

I can tell you the exact moment when the light bulb popped up over my head: it was while eating a Gerard Mulot cone-shaped pastry in the Place des Vosges while staring at a conical-shaped topiary tree. From that moment on, I began to see pastries everywhere I looked, and not just in the pâtisseries. The dome at Invalides, the bateau mouches, Man Ray’s grave at Montparnasse, doorknobs . . . everything in Paris looked like dessert.

Once I started noticing, there was no stopping. I did this almost every day for an entire year and I was never bored.  It was like a treasure hunt. I carried around in my head an encyclopedia of images of the pastries I’d see. Sometimes the pastries would spark an idea for an association; other times it was something I’d see on the street: a dome, a doorknob, a fountain and it would remind me of something in my mental pastry archive.

Often, I’d just take pictures of things that interested me, and later would stumble across a pastry that brought it to mind. Some images were no-brainers: for example, the ceiling of the Pantheon. It just looks like a tart. That moment in the Place des Vosges could only have occurred, though, because the conditions were ripe. For one, I’ve been a graphic designer for a long time, and my job involves making visual connections that are unique and, hopefully, illuminating. 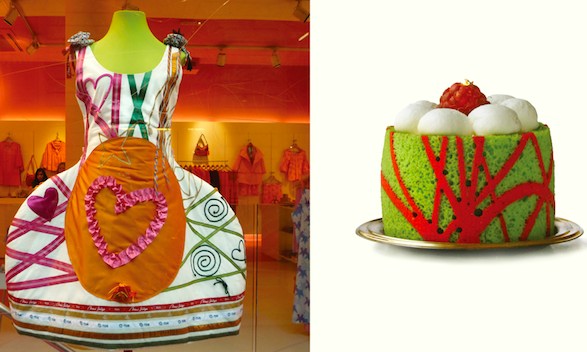 But more importantly, for this one year, I had the privilege of time and freedom. There are things we look at every day, and simply don’t see. It’s really hard to notice when we’re busy just getting through our days. To navigate our lives we have to shut out the extraneous and focus on completing the task, achieving the goal, checking off the items on our to-do lists.

I know I couldn’t have done this project at home. In ordinary life, and in New York in particular, you have to tune out a lot of what’s around you to navigate the chaos of the streets. Though I love where I live, it is not a place where slow ambles and stopping to smell the roses are easily accomplished. But in Paris, it was easy for me. I could take my time without being self-conscious while photographing a Madeleine on the sidewalk. The anonymity was freeing, and I enjoyed being questioned by strangers who couldn’t figure out what on earth I was doing photographing an éclair on top of a poste box. I wish I could have explained, but after three months of French lessons I still was speaking like a toddler. And only in the present tense. So mostly I just smiled. 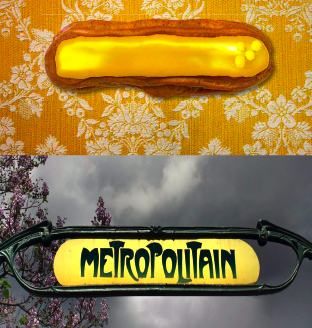 It was Joel’s idea to send these pictures out to the world, rather than simply store them in my iPhoto library and share them with friends. So he put together a two-minute movie with the Django Rhinehart and Stephan Grapelli version of Cole Porter’s “Night and Day” as the soundtrack.

We sent the link to friends, who passed it on to their friends and through the miracle of the Internet, the little movie that had been created merely for our own amusement, managed to reach 2,500 people in the first two weeks.

I received hundreds of emails from people all over the world who had seen it, thanking me! It seemed to have struck a note, and brought some measure of happiness to people who viewed it. I got messages saying, “I was having a really lousy day and your movie cheered me up.”

So, what started as a documentary record of my appetites, and a way to amuse my friends at home took on a whole new life. It’s really been thrilling.

After a year of bliss, it was time to go home. By that time I had a library of hundreds of pictures and hundreds of messages from people who’d loved the movie. So I wrote a book proposal. I emailed a link to the movie to two publishers, and let them know that I’d written a proposal. One publisher was interested, the other wasn’t. The following week we met, and it was another perfect connection. We both felt we’d found the perfect match. And so, the book was concocted.

All photos courtesy of ©Susan Hochbaum

Susan Hochbaum is the author of Pastry Paris: In Paris, Everything Looks Like Dessert, a collection of photographs of the world’s most enticing pastries . . . photographed “on location” at Paris’ best-known sights and everyday streetscapes, illuminating the visual and cultural connections between the city, its architecture, its culture, and its wildly beautiful desserts. Each entry is captioned, and the back of the book serves as a guide to the pâtisseries where each of the pastries is created, with addresses, phone numbers, and métro stops. . . ..

Thank you for using our direct link to Amazon.com every time you shop the world’s largest online retailer. 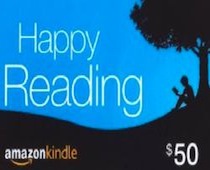 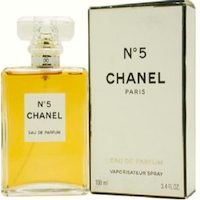 The perfect holiday gift….handmade chocolates from France by zChocolat.

A Day in a French Life… une tablette