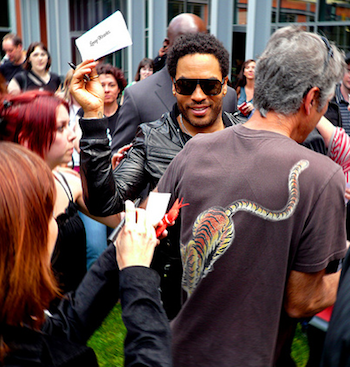 Kravitz regularly packs concerts at stadiums like Bercy in Paris, where he closed his “Black and White in America” concert tour last night.  The album title by the same name is a reference to racial issues familiar to the bi-racial American artist.

The November 21 issue of Le Figaro contains an interview with Kravitz in which he discusses his music career and connections to France.

Kravitz credits his French fans for his “fairy tale” break-through to success after a 1989 concert performance in Rennes, France. The rocker still records and lives part-time in France.

Past recipients of the award given in recognition of outstanding cultural and artistic contributions include Americans George Clooney, Dennis Hopper, Martin Scorcese and Steven Spielberg.