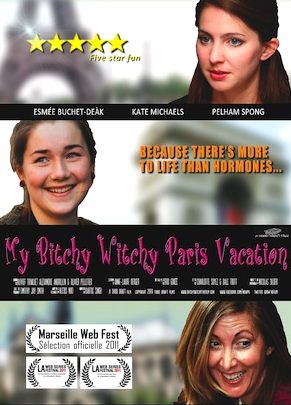 My Bitchy Witchy Paris Vacation is a film that examines mother-daughter family dynamics; however, the mom is menopausal, one daughter is very pregnant and the other a teenager. To further complicate matters, the vacationing American characters are squeezed into a tiny rented flat in a foreign place: Paris. With their amped-up hormone levels, how could this be anything but an epic journey of global proportions that allows the audience a voyeuristic view of an American family’s life? It’s entertaining and never strays far from home.

We asked Alexis Niki a few questions about how the film came to be and the challenges of filming an independent film in Paris.

What is a web series?

A web series is a show with multiple episodes created for distribution over the Internet—think of it as independent television. Web series episodes are short (ours are 5-7 minutes) to accommodate the viewing habits of Internet users. There are some truly fantastic web series out there. Felicia Day’s The Guild is considered the web world’s standard-bearer and was an inspiration to many other creators. Some Hollywood stars have even jumped into the fray: Lisa Kudrow, Neil Patrick Harris, Will Ferrell, and Kiefer Sutherland, to name a few. If anyone wants to delve deeper, I’ve posted a list of resources on my website.

What Paris locations were included and how did you choose them?

Anyone who’s been to Paris knows what a pleasure it is to walk through the city and discover its many charms. 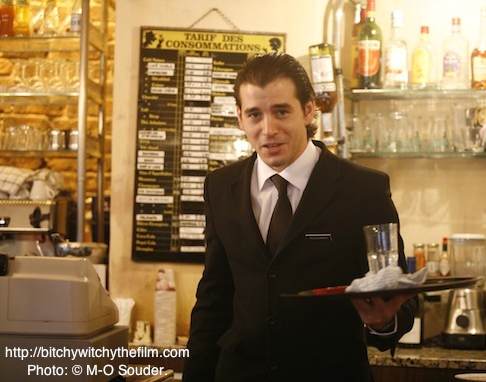 Luckily, in France an indie production is seen as something to support. Our personal connections helped us secure the Café d’Avant (Episode 4: Nerdy Ferdie) and the péniche (riverboat) Six-Huit, docked at the foot of Notre-Dame (Episode 3: Baby Pictures).

We couldn’t afford permit fees and shooting outdoors complicates matters for the sound engineer. During our shoot on the Seine, whenever a Bâteau Mouche floated past—motor droning, tour guide’s voice blaring over the loudspeakers—production came to a standstill.

The City of Paris allows filmmakers to shoot at the Place de Trocadero without a permit. That’s why you see Esmée Buchet-Deàk, who plays Miranda, the 15-year-old daughter, at the foot of the Eiffel Tower in the opening shot (Episode 1: It’ll Never Be Over). On the day we were there, a pair of policemen approached us but only to find out if we had filmed them. Apparently, filming the police is a bigger no-no than filming la Grande Dame!

The American Library in Paris was where we filmed Episodes 5: Too Much Chocolat and 6: Just A Little Bitchy Witchy. It may not be a top-of-the-list tourist destination, but it’s an important resource and community center for expats living in Paris. Many Americans who move to Paris are like Diane, the mom of the story played by Kate Michaels. They studied in Paris in their 20s, fell in love with the city, and always dreamed of coming back. Diane’s connection to the American Library is true to life. 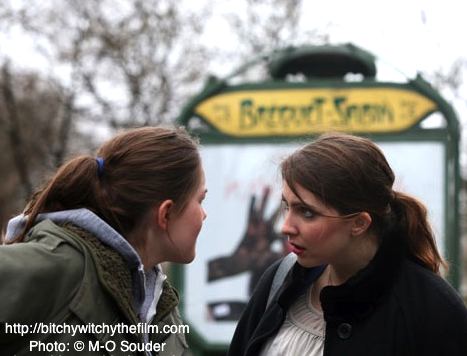 Episode 2: A Deal with Santa is set in Notre-Dame cathedral but the interior was actually filmed at the Eglise St. Anne in the 13th arrondissement. Our director, Kartik Singh, previously screened some of his short films there and he secured that location for us. We’re very proud of how that episode turned out.

The location that proved to be almost impossible to secure was the one we thought would be easy: a ladies’ room for crucial scenes in episodes 5 and 6. In retrospect, I suppose asking business owners to close down their ladies’ room for six hours is a tad unreasonable. We persevered and finally found what we needed at Belushi’s Cafe in the 19th arrondissement.

How important is the setting of Paris to telling your story? Would it have worked as well to set your story in Prague or Podunk, USA?

At the heart of My Bitchy Witchy Paris Vacation is a sweet and humorous exploration of mother-daughter relationships and the anxiety we all feel at times of transition. That story is universal and can be set anywhere. Without details that ground us in the specifics of time and of place, however, universal stories can miss their mark. It took me a while to hit upon the idea of three travelers to Paris with mother-daughter conflicts at the heart of the story.

Most of us have traveled with our families. We’ve experienced being away from home and alone with each other. Even the people you love most in the world can get on your nerves if you’re stuck in tight quarters long enough. Now just add menopause, pregnancy, and puberty to that familiar family vacation and well—it’s just suddenly turned Bitchy Witchy!

I wasn’t interested in focusing on doing the typical take on tourists in Paris. I settled on a happy medium—a mom who’s lived in Paris before, knows her way around, is here for professional reasons, and doesn’t feel compelled to hit all the tourist attractions. Yet we got a bit of that new-to-Paris experience in there through the daughters—the tiny apartments, the frustration with all the stairs one has to climb, expressed so well by Ashley (played by Pelham Spong), the culture clashes, and of course the amazing beauty of the city. Even when I used clichés, I worked hard at putting a new spin on them. I’d be curious to hear from BonjourParis readers if they think I succeeded or not!

The Los Angeles web series festival, LAWEBFEST, was a blast. Michael Ajakwe, who runs the fest, couldn’t have been more supportive or a better champion of what we’re all trying to do. Two of our team members took home awards: Nicolas Bilder for Outstanding Achievement in Cinematography, and Dale Trott for Outstanding Achievement in Editing. Our composer Rob Gokee won an award too, but for another show at the festival. It was all very celebratory, and the cherry on top was the preselection to the Marseille web series festival, Marseille WebFest, on October 14-15, 2011. It’s organized by Jean Michel Albert and supported by the City of Marseille and the region of PACA (Provence-Alpes-Côte d’Azur). I’m looking forward to being there with as many of my cast and crew as possible.

You’ve edited a book of essays called “Circles Joined to Circles: Real Stories by Real Women on Mothers, Daughters & Sisters” that you’re giving away.  Where can people download that? 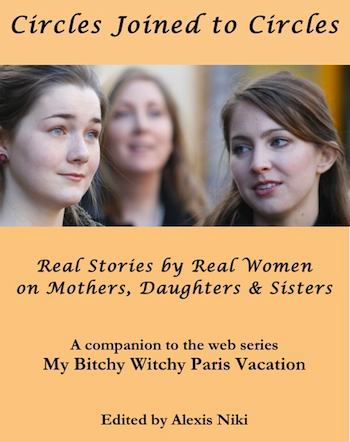 I wanted to expand upon the themes of the web series, so I reached out to women writers and asked them to contribute real stories from their lives on the theme of mothers, daughters and sisters. The result is a collection of very funny and touching stories by 13 fabulous writers: Caroline Cheng, Erzsi Deàk, Lisa Gurney, Becky Sherrick Harks, Ann Jacobus, Rebecca Joyner, Melanie Kissell, Nancy Julien Kopp, Kate Michaels, Pelham Spong, Vikki Stark, and Mina Zaher.

My hope is that both the web series and the eBook inspire women to connect with their own mothers, daughters, or sisters—perhaps even while on vacation in Paris!

Get the free eBook by clicking here.

Alexis Nikki has lived in Paris since 2002 and you can watch her award-winning web series by clicking My Bitchy Witchy Paris Vacation.

If you can get it from Amazon.com, you can get it at our Amazon.com Boutique. Same competitive pricing and speedy delivery as your purchases support costs of keeping BonjourParis your most complete online France travel resource. Merci in advance for your support—we appreciate every centime. Search hint:: start at the back pages for the most recent stock. 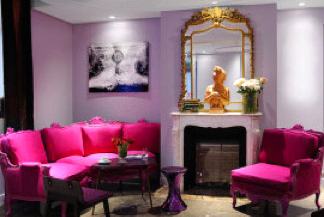 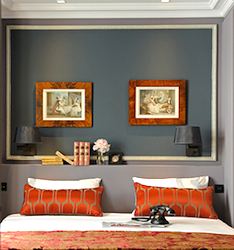 *** Eligible for the best-price match guarantee from Booking.com