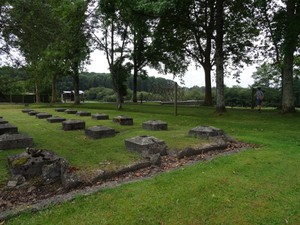 There is one concentration camp that is not often mentioned but it has a varied and interesting history. It is Gurs. This was the largest concentration camp in the south of France near to the town of Pau in the region of Aquitaine. Aquitaine is in the department of Pyrénées-Atlantiques. The camp was constructed in 42 days during the months of March and April in 1939. The facility was one of a number of such camps built to control those fleeing Spain after the fall of Catalonia at the end of the Spanish Civil War. Gurs was the largest of these camps built by the French government. 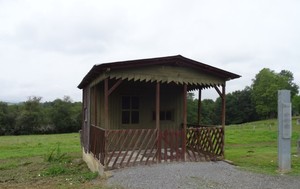 The size of the camp was about 28 hectares (or 69 acres) and it had 382 cabins designed after those built in the First World War for soldiers awaiting assignment to the trenches. Some had no windows and non had insulation so they provided little protection from the cold. The thin planks used to build the cabins were covered by tarred fabric that soon began to deteriorate. The result was that they did not even offer protection from the rain. Those 25 square meter boxes would lodge up to 60 people at a time. Conditions were horrific.
After the start of World War II, Gurs camp began to imprison Germans and citizens from the Axis Powers that were considered dangerous to the State. These included gypsies and political prisoners. It was not until the Vichy government came to power in 1940, that its most ominous purpose began as an internment camp primarily for Jews. 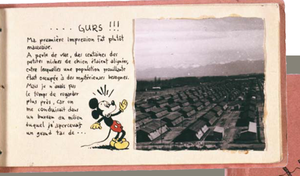 This October marked the 80th anniversary of the novel, Mickey au Camp de Gurs – Publiée sans l’authorisation de Walt Disney (Mickey Mouse in the Gurs Internment Camp – Published without Walt Disney’s Permission). This is the first of two books written by Horst Rosenthal depicting daily life in Gurs and narrated from the point of view of Mickey Mouse. Rosenthal used this humorous cartoon-like image with amusing texts to balance the sharp reality of camp life. When reading Rosenthal’s writings, there is no doubt that he is also sending very critical messages about the Vichy government and the Third Reich.
The title of the second book is Le Journée d’un hébergé: Camp de Gurs 1942 (A Day in the Life of a Resident: Gurs Internment Camp, 1942). In addition to these two books, Rosenthal wrote articles and booklets during his internment. His texts powerfully portray the brutal conditions of the camp, the abusive officials, the starving inmates and the bleak barracks. The brilliance of using the mouse as the central character is that it represents Hitler’s view of the Jews as vermin. What is ironic is that the Mickey Mouse films were some of Hitler’s favorites. 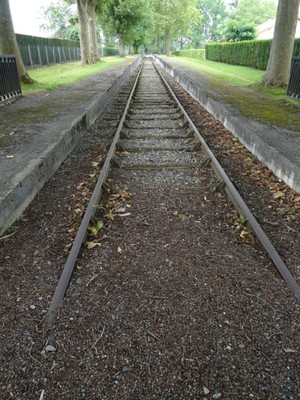 Rosenthal’s comic Mickey character makes his own reality. At the end of the second book our hero decides to leave for “the land of liberty, equality and fraternity, the land of America”. What a very poignant jab at the ideals of the French Revolution that no longer existed in France. I am certain that these books were the precursor to Art Speigelman’s very famous Maus.
Rosenthal was a German Jew who migrated to France in 1933 which happens to be the same year that Hitler came to power. He lived first on rue de Clignancourt in the 18th arrondissement of Paris and then on rue Richomme in the 20th arrondissement. In 1940 Rosenthal was taken prisoner and he was transferred to several locations before being interred at Gurs where he spent two years.
During the time that Rosenthal was in Gurs, is when he took Walt Disney’s symbol of innocence, Mickey Mouse, to portray this atrocious time. He remained always optimistic and most likely naive that he would survive his internment. Unfortunately, on the 25th of August 1942 Rosenthal was part of a convoy that was sent to Drancy. From Drancy, he was deported on the 11th of September 1942 to Aushwitz where he was murdered. Sadly, Horst Rosenthal did not survive the absurdity of that time but his mouse, Mickey, continues to live on. 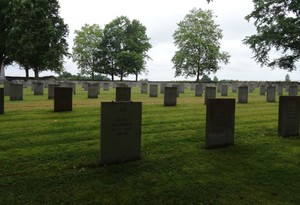 Although the camp had been torn down and vegetation had taken over, it has now been transformed into a memorial site. One cabin has been reconstructed with the same thin slabs of wood and nearby is an area that nicely describes the events that took place. There is a carefully attended cemetery for quiet reflection and homage to the 61,000 men, woman and children that suffered at Gurs from May 1939 to the 25th of August 1944. 1072 of those detainees are buried in the cemetery.
The camp is located on the route to Bayonne and is free of charge. It is open all year long and there is ample parking.
Tourist site
photos by Loui Franke
photo from the Horst Rosenthal books: Mickey à Gurs collection CDIC/MMS Paris
Loui Franke is author of Parisian Postcards: Snapshots of Life in Paris.