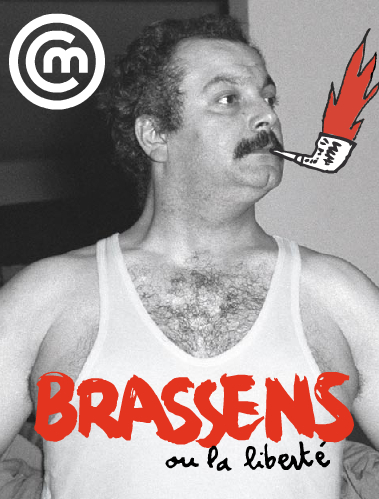 Poet/composer/singer and modern-day troubadour Georges Brassens has been rated by many, me included, as France’s greatest artisan of la chanson française. As such he unavoidably made his way into my books, painstakingly and impossibly translated into English. Much of my life has been played out to the songs of Brassens, before being passed on to my offspring, readers and public. Even my baby granddaughter, hailing from London, now sways to his rhythms. For like St-Exupéry’s Le Petit Prince, Brassens’ songs are loved by all generations.

It turns out that I am in good company: Brassens is revered not only by his French fellow poets, composers, singers and actors, all of whom place him in a firmament of his own, but even by prestigious foreigners, not least Gabriel García Márquez, recipient of The Nobel Prize in Literature, who considers Brassens the greatest French poet of his generation.

Allow me to agree. If Brassens never reached the international recognition granted the likes of Jacques Brel, Édith Piaf or Charles Aznavour, this is largely due to the language barrier which denies the majority of foreigners access to the gems created by this lace maker, embroiderer and goldsmith of words. Unlike Brel, Piaf or Aznavour, whose vibrant voices and emotional outpour stir the hearts even of those who are deaf to French, Brassens’ seemingly simplistic melodies and minimal guitar and double bass accompaniment can sound repetitive and monotonous to those who skim over them superficially, including many French people who appreciate his poetry more than his music.

Allow me to disagree. Brassens’ music is highly sophisticated and complex and has been transcribed the world over into jazz, salsa and other rhythms. It is also in perfect osmosis with the text. It is as poet and musician that he was appreciated by Raymond Devos, for instance, France’s juggling poet of standup comedy, who pays Brassens a vibrant homage in one of his famous sketches; or Jean Ferrat, who was mourned by France just over a year ago and who devoted to Brassens an entire song. Agnès Varda for her part brings him briefly into her film Les Plages d’Agnès as she sails aboard one of his songs back to her childhood in Sète, Brassens’ birthplace where he also now rests, according to his Supplique (appeal) pour être enterré à la plage de Sète. Except that he is buried in the town’s regular cemetery with no sea views, humbly placed in a row like everyone else, like the accordionist “Mon Vieux Léon,” for instance. I gather “Le Petit Flûteau,” the little flautist from back in some undefined Middle Ages, also sleeps in one such graveyard after he refused to barter his modest social origins for the love of the château’s daughter. Isn’t that so quintessentially French! Except that Brassens was in effect half Italian, but then Piaf was only half French, Brel was Belgian, Aznavour Armenian, Devos Belgian, Ferrat Jewish (his father died in the camps), Varda Greek. Scratch a bit, the French were a mongrel nation way before the current waves of immigration, as were and are most of the interpreters of the quintessentially French chanson française. France embraces all foreigners who wish to espouse her culture. They often end up more French than the French.

I made the pilgrimage to the cemetery a few years ago, the way one would to unite in silence with a close friend. Brassens is the personal friend of all those who love him, delivering home truths that speak to us all, from innocent love with a tongue-in-cheek twist to hilarious meditation about death, from the  inherent stupidity of our species to the self-righteous intolerance of public opinion and mainstream smugness, down to rounds of swearwords that never sound vulgar in his mouth. Above all, Brassens lays bare our unuttered and unavowed thoughts and desires, especially those of women, the wife of Bonhomme or Penelope, among others. He would have made a fantastic psychotherapist! 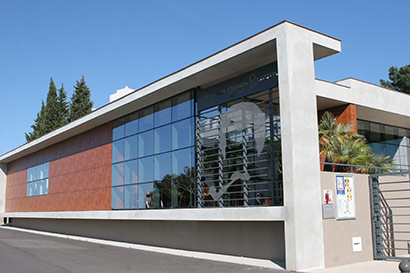 Sète has the wonderful interactive museum dedicated to Brassens, Espace Georges Brassens. I travelled there simultaneously through his life journey and songs, recapturing as I went along his last performance at the now defunct Bobino Music Hall in Montparnasse, the Left Bank temple of la chanson française, where for several solid hours a very ill Brassens gratified us generously with an endless string of his “chansonnettes,” as he humbly referred to his gems.

You needn’t travel down south to Sète this spring if you lack time, although it’s worth a visit. A mega exhibition devoted to Brassens is held at La Cité de la Musique in its series dedicated to the great musical figures of the 20th century. The man behind the project is comics artist and film director Joann Sfar, recipient of the 2011 Best First Film César for his Gainsbourg (Vie héroïque). A great admirer of Gainsbourg, he nonetheless places Brassens in a tier above the rest of them, hence this project, which includes concerts, guided tours, lectures, interactive aids, publications and is suitable for the whole family.

If you want to dip into a genuine slice of France, irrespective of your level of French, come and mingle with the crowds of Brassens fans who are paying him homage and wallowing in his art at La Villette.

Seeking a charming, petit Paris hotel with only 29 suites?

Hotel de Fleurie is a 3-star hotel located in the heart of Paris’ 6th district, the lively Saint-Germain-des-Prés. Comfortable, soundproofed suites are air conditioned and rooms have satellite TV. Airport shuttle service and free Wi-Fi internet access with lobby computer and printer available to guests. You can’t miss the luxury boutiques and literary cafes at your feet. Cafe Deux Magots, cinema, Starbucks, Luxembourg Gardens, the Pantheon and Saint-Sulpice Church are within a few minutes’ walk. Métro:Odeon is a 3 minute walk from the hotel.

Please consider making your reservation for this or any hotel stay with booking.com, a priceline.com company. If you find the same room for less, Booking.com guarantees to match the rate. Here’s more about Hotel de Fleurie.