As always, there is a lot going on these days in French news.

On the political side, the race for the 2012 presidential election is starting to take shape. With President Sarkozy’s approval ratings at record lows, other parties are trying to capitalize to jumpstart their campaigns to take the Elysée Palace next year.

Since Socialist Party candidate François Hollande officially announced his running, others have followed.

Television personality and politician Nicolas Hulot recently declared his official candidacy, as an Ecologist candidate. You can learn more about him in English here. Former Sarkozy cabinet minister Jean-Louis Borloo parted ways with Sarkozy’s UMP Party, forming his own in preparation for a presidential run.

And while he has not yet stepped forward as an official candidate, Dominique de Villepin 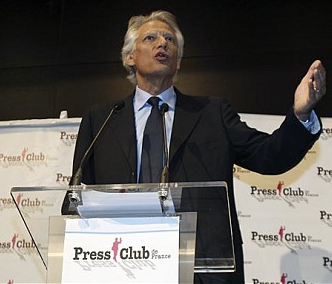 We will see how this develops over the next weeks, months and political year.

Meanwhile, a fiery and controversial debate on national identity and Islam’s place in secular France continues, heavily pushed by UMP and other conservative right parties. This is taking place at a time when the law banning full-body Muslim burqas recently came into effect (leading some women to protest and get arrested). Although secularism is taken very seriously in France, this will certainly count against Sarkozy’s party ahead of elections as many see it as stigmatizing Muslims.

As NATO continues to battle in Libya, Sarkozy, Cameron and Obama have all come forth pledging their support in the effort until Gaddafi leaves power.

Lastly, as Laurent Gbagbo was forced out of power by rebels in Côte d’Ivoire, lively debates have taken place in France regarding the role of France in the affair and how the situation will develop.

Stay tuned for more news in the weeks to come.

Michael Barrett is a communications consultant, freelance translator and English teacher. He writes a must-read blog for expats called American Expat In France.

Medjet Assist. As a member of MedjetAssist, if you become hospitalized as an inpatient more than 150 miles from home, you will be transported at your discretion to the hospital of your choice from virtually anywhere in the world – at no additional cost.

membership gives you affordable access to more than 500 airport lounges, no matter which airline you fly.