When I think of France, I think of food. One trip to Paris and you’ll understand why.

But learn the words you’ll need. The service will follow.

At most restaurants in France, you can pay with a credit card. It may surprise you to discover that the total shown is exactly what you need to pay. Unlike North America, there is no place on the device for tipping. At home we usually leave 15% or more, but here some people leave nothing while others leave a few centimes, rounding up the total: whatever seems right. You just leave it on the table as you leave. 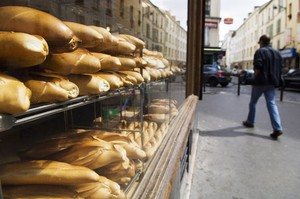 Here the most popular bread tends to be the long, thin, and crusty ‘baguette.’ This typically French ‘must’ can be used for sandwiches or eaten with butter (the French kind is rich and extremely spreadable!). For a sweeter treat, you can add a delicious jam on top. With coffee, in the morning, the baguette is often dipped into the coffee and made soft.

It may seem like an odd habit, but visitors-in-the-know enjoy it too. Of course you can have any of a dozen other things for your breakfast, including a Danish, croissants or other sweet treats. 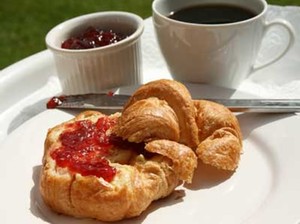 Breakfast is a treat and to save money some people go to a coffee shop with a bag of goodies purchased somewhere else. Nobody seems to mind.  Don’t be surprised if you see people dunking their baguette or croissant in their coffee or hot chocolate…It’s a very French thing…

Greetings…two cheeks. Frenchmen greet with a kiss on each cheek. I’ve seen kissing twice, three times, or even four in some areas. It’s hardly a sexist thing. I was greeted last night by a doctor friend. He reached over and kissed me on each cheek.

In France, you always say hello, or ‘bonjour’. I wrote in an early article that when asking for directions, even a policeman would first tip his cap and say ‘bonjour’. You must say it too. These are French manners.

Voila…there it is…at the end of an explanation when you get the point, the word is simply Voila.

I was at a restaurant where the busy waitress came to a table and said, simply…”J’écoute, (I’m listening). Then she proceeded to take the order.

At the end of our meal, the waitress asked Ca été ? (Was it OK?). Hardly school French. 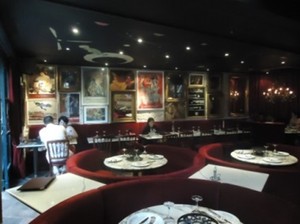 Breakfast is whenever you get up. Lunch is 12-2 when most other places close, and at 5PM people in restaurants are usually having a drink. Dinner follows, but it might be as late as nine in most places. Restaurants are still serving at 11 PM.

Few people entertain at home so groups meet in a restaurant, and have a drink or two before dinner.  Aix Les Bains bistro. 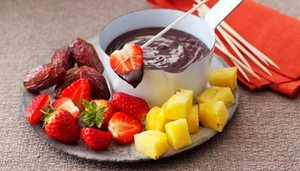 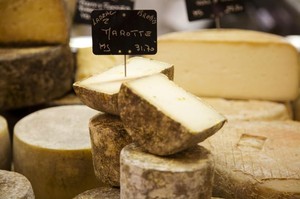 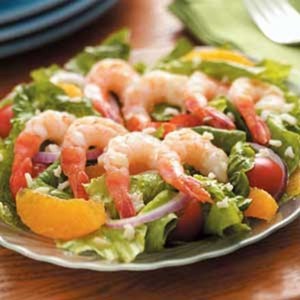 One of my favourites is mussels or moules frites. It’s as popular as Tarte Tatin a delicious pie, invented in France.

These and many other traditional foods make France an eater’s paradise. There are so many types of cheeses to try. My favourite is Moules and BoursaultAnd, remember, it is common to see someone walking with a long baguette, biting off the end on the way home.

There are too many good places to eat to be listed here, but be assured that in every area one can find groceries, restaurants, coffee shops, bistros and bakeries.

When in France, do as the French do.