The economy is at dire crossroads and an unanticipated statement issued by the G20 reiterated its commitment to stabilize banks and financial markets. This will hopefully appease nervous investors on six continents.

“We’re committed to supporting growth, implementing credible fiscal consolidation plans, and ensuring strong sustainable growth,” said the communiqué from the Group of 20 nations. “This will require a collective and bold action plan with everyone doing their part.” To read more, The New York Times has an extensive article.

According to Reuters, world stocks slumped on to their lowest level in 13 months on Thursday with word of the possible risk of a new U.S. recession and weaker economic data from China, as well as Europe’s debt problems.

The pledge of action from the G20 gave a lift to the euro in early trading on Friday and softened stock losses in Asia.

As an indication the eurozone was working on adding to the strength of its 440 billion-euro financial rescue fund, the G20 statement said the bloc’s members would implement “actions to increase the flexibility of the EFSF and to maximize its impact” before the group’s next ministerial meeting in October. 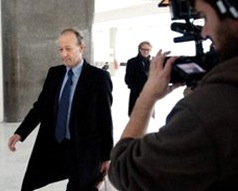 According to French President Nicolas Sarkozy, he did not receive any campaign funds related to what’s been labeled “the Karachi Affair.” Nicolas Bazire, 54, former campaign manager for Edouard Balladur and a close confidant of Sarkozy, was indicted for misusing corporate assets. Thierry Gaubert, another close friend of Sarkozy, also is under investigation.

Francois Esclatine, an attorney who represents Gaubert, told Reuters, “He disputes anything to do with political financing.” The two allegedly received suitcases filled with cash as kickbacks for selling arms and submarines to Pakistan.

Their legal troubles mark a twist in a complex case that aims to determine if a 2002 bomb attack in Karachi that killed 11 French workers was reprisal against France over its decision to stop paying arms sales commissions to Pakistan.

President Nicolas Sarkozy could lose his majority in the Senate in an election today for half the seats in the upper house, which will most likely be won by the political Left. That’s a major blow seven months before the presidential election.

The opposition Socialist Party will gain majority over the ruling conservative UMP if it wins only 23 new seats of the 170 seats up for grabs today.

France is also considering implementing a financial transaction tax as a means of generating revenue for the treasury. 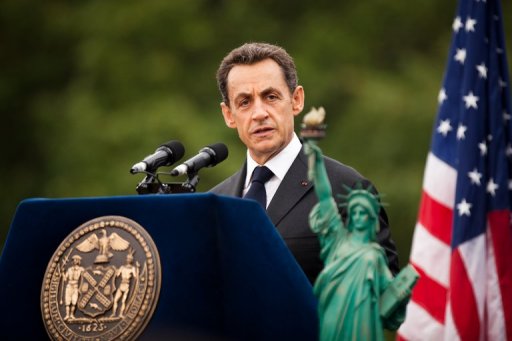 Sarkozy in the Big Apple

Sarkozy visited the Statue of Liberty in New York Harbor to celebrate his nation’s centuries-long friendship with the United States. New York Mayor Michael Bloomberg accompanied Sarkozy as he addressed a small crowd of dignitaries in a courtyard on Liberty Island.

According to the Associated Press, the French president, who was in NY for the United Nations General Assembly, said, “It is not simply a statue. It is a notion, an idea, an emblem for people throughout the world.”

The Socialists:  Where do they stand?

According to AFP, François Hollande and Martine Aubry would lead the first round of the presidential election against Nicolas Sarkozy. But according to a recent CSA poll Hollande would face Marine Le Pen in the second round if the Socialist candidate Ségolène Royal were the runner-up. So much can happen before the elections.

DSK to be questioned by French police

According to Bloomberg News, the French prosecutors office has mandated that police question DSK with the French writer Tristane Banon, who has accused him of attempted rape.

A French court has convicted and fined two women for wearing Islamic face veils in public in defiance of the ban, which took effect in April 2011. The women were fined 120 and 80 euros respectively for wearing niqabs to the Meaux city hall in May. The women had a birthday cake for the conservative mayor, who championed the ban.

France is the first European country to ban the wearing of the Islamic burqa, or full-body covering, and the niqab in public. To read more, access Radio Free Europe.

Chirac trial may be disissed

Bets are on that the corruption trial for former president of France and the mayor of Paris Jacques Chirac will be dismissed because of his poor health.

Next week is another week and who can predict the future? 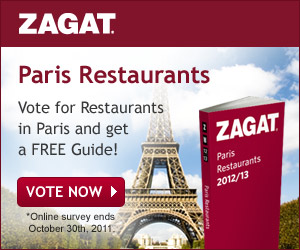 Get a free copy of

You might be quoted in the next issue that you’ll receive for free just for participating. 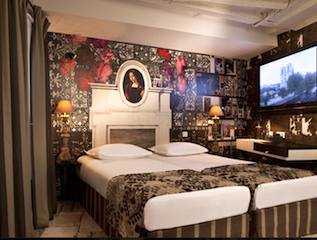 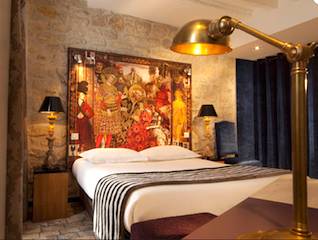 Hôtel Notre-Dame is a 3-star hotel lavishly renovated by fashion designer Christian Lacroix in 2010, with velvet, tapestry & high-design accents throughout. Rooms at this design hotel on the Seine in the heart of Paris have stunning views of Notre-Dame Cathedral & the Seine or the inner courtyard. Free Wi-Fi, AC, flat-screen TV, safe & modern bathrooms in each room. Near the famous Left Bank landmarks Shakespeare & Co bookshop, St. Germain-des-Prés & Latin Quarter w/bridges to the Right Bank at your feet. Métro & RER w/airport service are a minute’s walk away. Past guest reviews rate this hotel 8.2 of 10.0 on Booking.com.

This hotel qualifies for the best-price match guarantee from Booking.com.