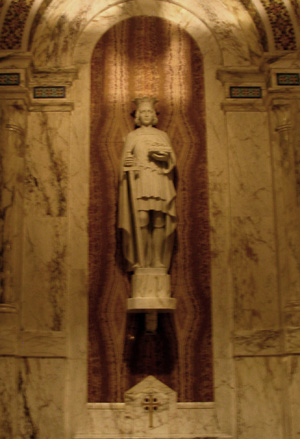 Who knew a historic Mississippi River town in America known for its toasted ravioli and Budweiser beer had deep roots in France?

Take a good look at the name of the city, however. You Francophiles know who St. Louis was, of course. Born in 1214, he was Louis IX, King of France from 1226 until his death in 1290. Yes, this very Midwestern city was named for one of the most revered French monarchs.

The French influence has been felt in this pocket of North America ever since the city’s founding in 1764 by Pierre Laclède, a fur trader from France, and his illegitimate son, René Auguste Chouteau. They are the ones who laid out the town and named it in honor of the Crusader king—the only member of the French monarchy ever to be declared a saint.

Although the area became part of the Spanish Empire in 1763 (after the French were defeated in the Seven Years’ War), in 1800 the land was secretly transferred back to France. That’s how Napoleon Bonaparte came to have the title to the Louisiana Territory and could sell it to the United States in 1803.

Fast forward a couple of centuries, and the French influence on St. Louis remains apparent, even if not one original structure remains standing (frequent fires and urban renewal both laid waste to the buildings dating to that early settlement).

Take the Cathedral Basilica of Saint Louis, for example, which recounts the life of the Crusader King in its vestibule. Although consecrated in 1926, its lavish mosaic interior wasn’t completed until 1988. An earlier church, the Basilica of St. Louis, King of France, located downtown just west of where Laciède’s house originally stood, also celebrates the city’s namesake. Although the cathedral burned down twice, the present-day building was dedicated in 1834, making it the first cathedral west of the Mississippi.

A group of St. Louis area volunteers, Les Amis, are hard at work at codifying a Creole Corridor that encompasses both sides of the river—a driving trail connecting settlements and fortification sites from this early French era in middle America.

On the Illinois side of the river, the trail includes the Church of the Holy Family outside Cahokia. Founded in 1699, it’s the oldest continuously operating Roman Catholic parish in the U.S. and the oldest church west of the Allegheny Mountains. Although the original structure burned down in 1783, the current vertical-log church has been in use since 1799 (a Tridentine mass is celebrated at 9 am each Sunday). 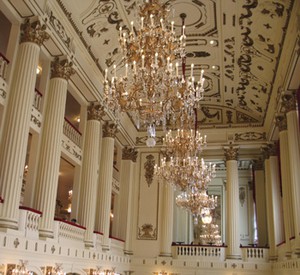 Back in Missouri, check out the lobby of Powell Symphony Hall. The grand foyer and lobbies, replete with mirrors and crystal chandeliers, are modeled after Versailles. St. Louis’s City Hall, built in 1873, is styled after the city hall in Paris. St. Louis Union Station (1894) was designed to look like a French fortress.

A sculpture of Saint Louis greets visitors outside the main entrance to the St. Louis Art Museum, which was commissioned for the 1904 World’s Fair. Bissinger’s French Confections, in St. Louis since 1927, got its start in Paris in the 1600s.

The festivities, which start as tradition dictates on 12th Night (the twelfth day after Christmas, or January 6), include a “snow softball” tournament, Cajun cook-off and dachshund derby as well as a Mardi Gras parade on the Friday evening before Ash Wednesday.

Then, of course, there’s the legendary Josephine Baker. This queen of the Parisian dance halls was born in St. Louis in 1906 and is commemorated with her own star in the sidewalk in the city’s Loop neighborhood. 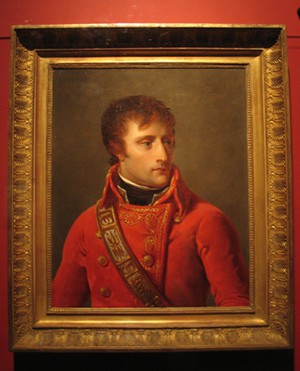 Right now, a special exhibition in the Missouri History Museum spotlights the “Treasures of Napoléon”. Although the emperor was not, personally, in St. Louis, he did sell it to the U.S. as part of the Louisiana Territory. Running through April 3, this display features more than 300 objects from the First Empire, including personal effects, weaponry, clothing and jewelry belonging to Napoléon Bonaparte. It’s just part of the personal collection of Pierre-Jean Chalençon, a Parisian who’s been searching out items connected to the emperor since he was 17 years old.

For more information on visiting this city on the eastern edge of Missouri, contact the St. Louis Convention & Visitors Bureau.

City Segway Tours are great for seeing Paris in a different light. You’ll see more, have more fun, and not feel tired at the end of it. These are highly recommended and truly a great thing to do during your stay.

Fat Tire Bike Tours are another great way to see the city. You’ll get the company of an expert guide, the use of a super-comfortable bike, great tips and advice about what to do while in town and an exciting, informative and educational experience.