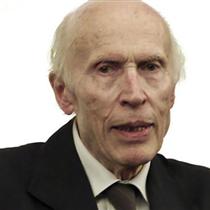 Eric Rohmer, France’s elder statesman of film, died January 11 at age 89.   Rohmer was the paradox of French cinema. His films were called intimiste because they dealt with the emotional complications among small groups of characters, yet he liked to combine his films in multi-work sequences with titles like “Moral Tales”, “Comedies and Proverbs” and “Seasonal Tales”, that echoed classic French literature. While some considered him a humanist or literary director because of his interest in characters, whom he let talk at length without benefit of formulaic plots, he said that character relationships were akin to formal configurations, as in ballet.

Rohmer was identified with the French Nouvelle Vague, or New Wave, that emerged in the late 1950s, but even then he was older than Truffaut and Godard. Born Jean-Marie Scherer in Nancy, in 1930, Rohmer began as a film critic, collaborating with his New Wave comrades in the Cahiers du Cinéma, and wrote the first full-length study of Alfred Hitchcock. After numerous short films, he made his first feature, Le Signe du  Lion in 1959. Ironically, the quintessential French filmmaker’s first film was a portrait of an expatriate American, starring an ex-Marine named Jess Hahn. He then began “Six Moral Tales” with La Boulangère de Monceau and soon attracted critical attention.

His most celebrated films included My Night at Maud’s, Claire’s Knee, The Aviator’s Wife, Pauline on the Beach, Chloé in the Afternoon, and The Marquise of O. Rohmer depicted romantic entanglements in a cool, rationalistic manner, a modernist but in the tradition of the Enlightenment. Unlike other cinema auteurs who either made their peace with mainstream cinema or engaged in debilitating battles with it, Rohmer quietly kept creative control over his films by working with small budgets and limited means, including shooting in 16mm. He also did not disdain working in television. He continued making films well into his eighties, notably the historical drama, l’Anglaise et le Duc (The Lady and the Duke) and Triple Agent, a spy thriller. His last film was Astrée et Céladon, 2007. His legacy is to have been unclassifiable from beginning to  the end. Some sources give his birth name as Maurice Henri Joseph Schérer, and place of birth as Tulle. He died of unspecified natural causes.