A recent meal at Josephine (Chez Dumonet) forced me to consider the question of whether one should eat in new places, as yet untested by time, or in a resto of your culinary growing up-experience, or in a modern golden-oldie where you can pretty much be sure of the food. 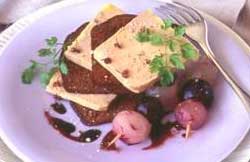 Josephine was founded in 1898, making it one of the oldest of the golden-oldies in Paris. Monsieur Duranton, after the death of his wife, also named Josephine, gradually turned the stoves over to Jean Dumonet in the late 1960’s, which must have been the last time I thought of eating there (PS. he was elected/selected Chef of the Year by Chef magazine in 1988).  It’s hard to talk about the places one has eaten at, like Josephine, without sounding like an incorrigible name-dropper.  But they were the restos of our culinary childhood or adolescence; largely places that served “classic” French food, meaning to me, lots of huge portions of meat, offal, butter, cream and salt.  Although many have continued with pretty much the same menu, style and surroundings (I must give as “the” exemplar – l’Ami Louis – since it is the prime example of this phenomenon, especially for Americans), most others have evolved decade by decade, gradually absorbing the blows delivered by successive trends – that is, nouvelle cuisine, cuisine minceur, exotic fruits, mini-vegetables, bio products and now the fusion/world spices and dishes of the “Generation.C.”  “Papa” Duranton was succeeded by Jean Dumonet, who in turn was succeeded by his son Jean-Christian Dumonet – but the “beat goes on.”  It remains the model of a classic bistrot; hard-boiled eggs and champagne on the zinc, antique hardwood on the walls, a telephone booth – get that – a real telephone booth, in the dining room, amidst a world of cell-phones.

The advantages of eating at these places are that one is pretty certain of the quality of the food and its preparation, there will be few surprises and they are not going out of business tomorrow.  The disadvantages are exactly the opposite – you’ll have no surprises, no revelations, no new ideas for how to cook things and probably nothing that will make you say “wow, that chef is on a roll.”

Then there are the new places, by my estimation, over 200 restaurants, wine bars and cafes serving passable food are created or change hands, chefs, décor, etc each year.  If one simply

mirrors where Sebastien Demorand of Zurban or Emmanuel Rubin and Francois Simon of Figaro/Figaroscope eat at each week, one’s week is full.  These are the restaurants of the future.  Take Carte Blanche as an example.  It opened late in 2005 run by a two young guys – in front, an ex-Gagnaire; in the kitchen, an ex-Beauvilliers.  It obeys the trends set out by the “Generation.C” chefs – Japanese influences and Asian spices, bio- and mini- vegetables, deconstructed dishes and startling and refreshing juxtapositions of food, accompaniments and spices.

The advantages of eating in these places are that you can be surprised and at times astonished, you see the chef’s mind and vision at work and you get some fantastic ideas about how to do things yourself; the disadvantages are that you strike out a lot, some combos or preparations just don’t work or go too far (see my piece on “Pushing the Envelope”), you risk inconsistency or what I call the “Sophomore jinx” of a second meal not matching the first, and rough edges that would never be present in a grand, old house.

But there is a category in-between, those places that have been open for some time but not forever, that have worked out the kinks and attained a level of professionalism and consistency without losing their edge and ability to change.  A prime example of this sort of place for me is exemplified by what Jacques Lacipiere has done at Au Bon Acceuil and Chez les Anges.  The former opened about 10 years ago; Lacipiere knew his stuff then and only got better over the next decade. Au Bon Acceuil was and is good, consistent and reliable while at the same time changing, growing and evolving.  His move to/acquisition of Chez les Anges was seen by some as over-reaching; after all, Yves Camdeborde left Le Regalade when he started Le Comptoir.  On the other hand, William Ledeuil shuttled between the kitchens of Les Bookinistes and Ze Kitchen Galerie before settling at the latter and Christian Constant built up Le Violin d’Inges solidly before he started up the Café Constant and the Fables of Fontaine, where his or his wife’s presence is apparent each meal.

The advantages of these places that fall in-between the very new and very old ones are that they have worked the kinks out, are reliable and dependable and are not dependant of one line chef, executive chef, sous chef or whatever.  The disadvantages are that if one only eats at them, you’ll never be at the edge of a trend or push the envelope much.

So where should you eat? The answer is clear – at all three; Josephine gives you the comfort food of your youth, Chez the Anges, the food of the exciting present and Carte Blanche, the food of the future.

My favorite places mentioned are:

Chez The Anges aka Les Anges