Cadel Evans (BMC Racing) became the first Australian to win the Tour de France when the riders conquered the cobblestones of the Champs-Élysées in Paris yesterday. Evans finished just ahead of brothers Andy and Frank Schleck (Leopard Trek) who were second and third, respectively.

In what many refer to as the “Race of Truth,” Cadel Evans showed that steady wins the race. Evans consistently ranked within reach of the general classification, but waited until two days before the race reached Paris, at the individual time trial in Grenoble, to put in his race-winning effort.

Following back-to-back breakaway Norwegian wins—Thor Hushovd (Garmin Cervelo) on Stage 16 and Edvald Boassen Hagen (Sky Procycling) on Stage 17—the race entered the high Alps where the battle for yellow was expected to run away. 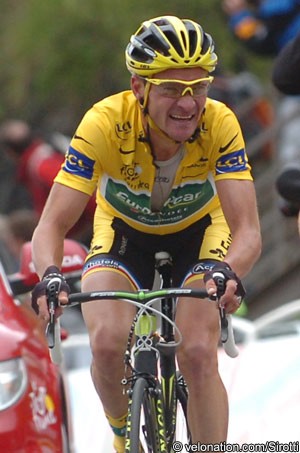 Frenchman Thomas Voeckler (Europcar) bravely held onto the yellow jersey at the end of Stage 18 on the Col de Galibier, a rocky, bare mountain top finish enshrouded in clouds. Andy Schleck (Leopard Trek), however, won the stage with a heroic solo attack up the barren mountain and came within 15 seconds of Voeckler.

Although Andy Schleck (Leopard Trek) was in yellow at the end of the day, Cadel Evans (BMC Racing) was the big winner: the Australian reeled himself into third place, one minute behind Andy and within four seconds of Frank Schleck who held second place overall.

Evans found himself with the upper hand on the eve of the time trial in Grenoble, a disciple in which Evans, a former mountain biker, is a known threat. Brothers Frank and Andy, known for their prowess in the mountains, have struggled with time trials.

From the outset of the time trial in Grenoble, a race in which riders take on the course at staggered intervals, Cadel Evans was a man on a mission. The Australian raced the time trial of his life, scorching the course in a time almost two and a half minutes faster than Andy Schleck to win the yellow jersey on the last day of racing. 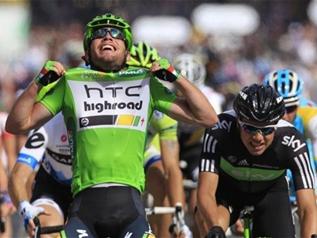 Frenchman Pierre Rolland (Europcar) took the Tour’s White Jersey for best young rider. In his domestique role for Thomas Voeckler (Europcar) this year, Rolland performed above and beyond expectations.

The 2008 Olympic Champion Samuel Sanchez (Euskatel-Euskadi) of Spain won the polka dot jersey for best climber in this year’s Tour. Sanchez, who came in 6th overall this year just behind fellow Spaniard Alberto Contador (Saxobank), also won a stage of this year’s Tour, the mountain top finish at Luz Ardiden in the Pyrenees.

After three weeks of blood, sweat, and gears of the 2011 Tour de France, the riders will focus on their national championship races and training again for next year’s grand tour.

Rare in the US, a current hit in Paris. The scent, launched by design house Acqua Di Parma in 2010, is an exotic a blend of vetiver, citron, red ginger, Italian Bergamot, & cedarwood.