Every two years, WICE’s Paris Writers Workshop brings together distinguished writers and enthusiastic students for a stimulating week of classes, readings, panel discussions and agent consultations. Women have always had a prominent place, which is fitting as WICE started as a women’s educational and cultural organization. Now the group, celebrating its 40th anniversary, is more diverse with many nationalities and yes, even men (full disclosure: I’m coordinator of this year’s workshop). But with the Me-too and Time’s-up movements rocking American society (and reaching France as well), it’s perhaps no coincidence that the PWW is showcasing a strong female faculty. But while the Master Class faculty is composed entirely of women, each of them brings a very diverse, multi-dimensional background.

Lan Samantha Chang, who’s teaching the Novel Master Class, is of Taiwanese heritage, and has written extensively of the dislocations of Chinese men and women (notably in Hunger), dislocations wrought by immigration to the U.S. or by history’s spasms. At the same time, she’s a daughter of the Midwest, originally from the state of Wisconsin, and now the director of the writing MFA program at the University of Iowa. Like many people nowadays she not only has a composite background but a composite day-to-day existence: writer, academic, administrator, wife and mother of a young daughter (both are amateur violinists). Aside from her master class, Chang will be speaking at a panel discussion on the personal side of writing, in particular balancing one’s art with work and family.

Short fiction and novella is taught by Alecia McKenzie, part of the wave of new Jamaican writing that includes Marlon James (Brief History of Seven Killings). McKenzie’s career as a writer, journalist, artist and teacher has taken her to many places around the globe. She was educated in Kingston, Alabama and New York and has lived in Singapore, where one of her children was born. Now resident in France for several years, her work has always returned to the Caribbean. Her novel Sweetheart (which won a French literary prize in translation) recounts the travails of a woman artist who strays from her origins but who comes back home (ultimately to be buried after her tragic death). Her stories have won Commonwealth prizes, appropriate for someone who’s lived and traveled far afield but finds her center in Jamaica and in writing. 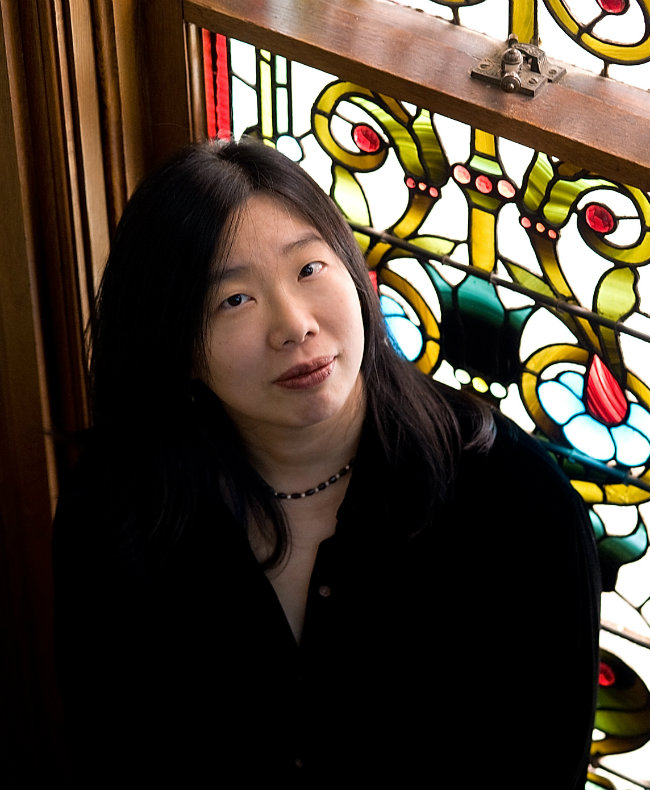 Kathleen Drucker Spivack is returning to the PWW to teach lyric poetry/poetic prose. She herself has swung frequently (and successfully) between these two poles. It may be in her blood: her father, the legendary business theorist Peter Drucker, wrote novels (mostly unpublished) on the side. Spivack started her poetry career in a milieu that was legendary in its own right. Her teacher was the great poet Robert Lowell, and her classmates (and friends) included Sylvia Plath and Anne Sexton. She wrote a memoir about the larger-than-life world of post-war American poets. More recently, she’s published a novel about European intellectuals exiled to America by the rise of fascism. Spivack herself returns regularly to Europe to read and teach—and write.

Lise Funderburg teaches creative nonfiction, which includes memoir and personal essay. Much of Funderburg’s career was in journalism and magazine writing. She mastered the craft of research and developed the art of viewing closely a multiplicity of subjects outside the scope of her usual life. Her teaching (she’s an instructor at Rutgers University) emphasizes honing the craft of nonfiction, but also finding the human significance of “fact”. This appreciation of the depths of existence came from a turn from journalism to a memoir about her life as a mixed-race woman. Pig Candy tells the story of taking her African-American father, in the terminal phase of illness, on a series of pilgrimages from the North to the South, re-discovering a region that had changed in many ways—and remained the same in others—since the Jim Crow Era.

Each of these women is extraordinary in her own way, as I can attest (having studied under two, collaborated with another, and recruited a fourth). Yet they bring home how in a complex world we’re all composed of different persons, personalities, and personas depending on where we’ve come from, where we’ve gone, with who—and what we’ve done. More than just teaching technique, these writer-instructors make us face parts of ourselves we never knew existed, and show how despite our differences, we are all interconnected.

If you are interested in any of the activities of the Paris Writers Workshop (PWW), visit www.pariswritersworkshop.com. There are a limited number of places available in the Master Classes. PWW takes place from Sunday June 24 to Saturday June 30, 2018 at Forum 104 in central Paris.