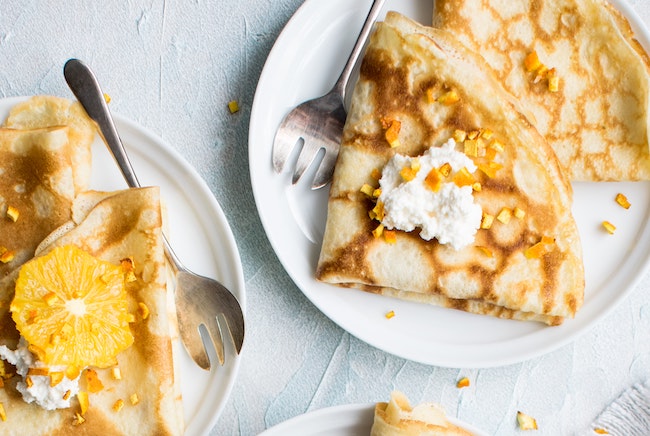 Most likely Candlemas was Celtic in origin. The Celts honored their goddess, Brigit, keeper of the perpetual sacred flame with a feast at midnight, however, they celebrated the purification and fertility of the land after winter. On January 24th, peasants carrying torches roamed the fields praying the goddess would cleanse their land before sowing.  The bear, ending his hibernation, was one of their symbols. Men in bear skins would come out of the forest and abduct young girls in what was, most likely, a very primitive, animistic, orgiastic ritual. In an effort to end pagan worship, Pope Gelasius in the year 492, changed the festival date to February 2nd and flaming torches to burning candles.

In the 12th century buckwheat was introduced into France by Crusaders returning from Asia. They brought back the triangular seeds of the plant, which had been cultivated in the Yunnan province of China since 6000 BCE, because they learned it was easy to grow in difficult conditions. Although classified as a cereal, buckwheat is not a grass. It belongs to the same genus as rhubarb and sorrel. Since wheat was initially reserved for the wealthy, buckwheat became popular with average citizens. Excess buckwheat flour was used to make crèpes which symbolized prosperity. Buckwheat crèpes remain a specialty in Brittany, where the crèpe was invented.

During the Middle Ages the Catholic church superimposed the sacred functions of the Celtic goddess, Brigit, onto St. Brigid who, coincidentally, was a Druid by birth. At an early age Brigid decided to convert and become a Catholic nun. She started a nunnery at Kildare, which was a pagan shrine, again coincidentally, with an eternal flame. 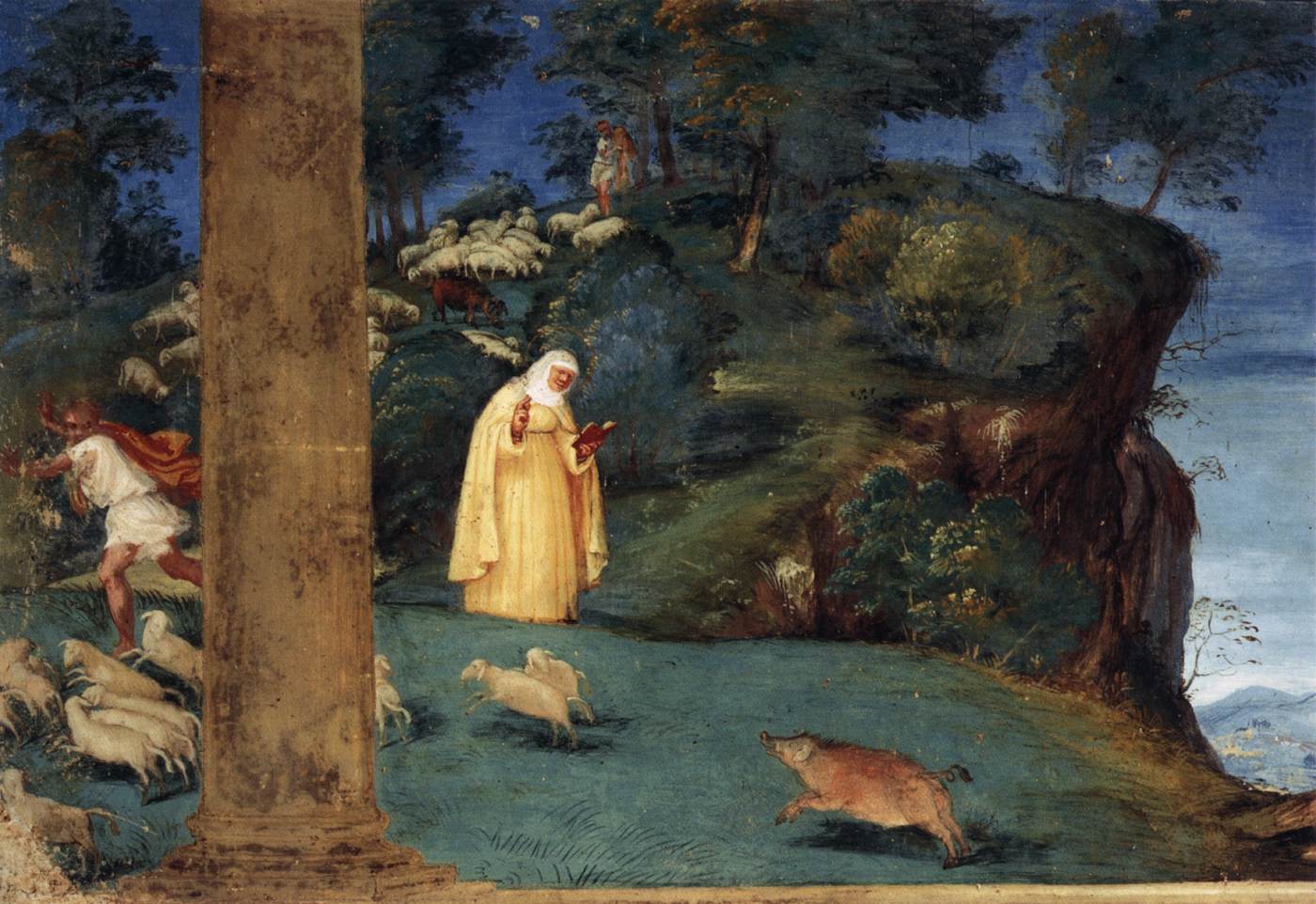 During the late 17th century reign of Louis XIII and the introduction of the Louis d’or coin, it was just a short leap for the round shape and the golden color of buttery crèpes to become synonymous with the golden orb of the sun, wealth and again, prosperity. In fact, it has become a tradition while making crépes, to hold a coin in one hand and a crèpe pan in the other while flipping the crèpe in the air. If you manage to catch the crèpe in the pan, your family will be prosperous until the same time next year…and if not….well, maybe that’s why the French eat a lot of crèpes.

In the United States, Germans arriving in Pennsylvania in the mid 1800s, who traditionally predicted the onset of spring by the appearance of the hedgehog, soon discovered there were no hedgehogs in Pennsylvania. They fortuitously adopted the indigenous woodchuck or groundhog as their weather vane. This hearkened back to the lore of the Celts and Candlemas came full circle, like the crèpe.

Mix the flour, sugar and salt in a bowl

Mix the eggs, milk and water in another bowl till fully blended

Slowly pour the liquid into the dry mixture, whisking all the time to make a smooth batter. Stir in the melted butter.

Cover and refrigerate for 30 minutes.

Heat a crèpe pan or deep, non-stick pan, greased with a little butter. Pour in enough batter to coat the bottom of the pan, tilting the pan till the batter reaches the rim. Cook over medium heat till the crèpe comes away from the rim, about one minute or until the crèpe is golden brown.  Using a spatula or sheer skill, flip to the other side and cook until brown. Stack the crèpes on a plate with parchment paper in between so they don’t stick together and cover the plate with foil to keep the crèpes warm while you cook the rest of the batter.